A Bed of Wild Roses 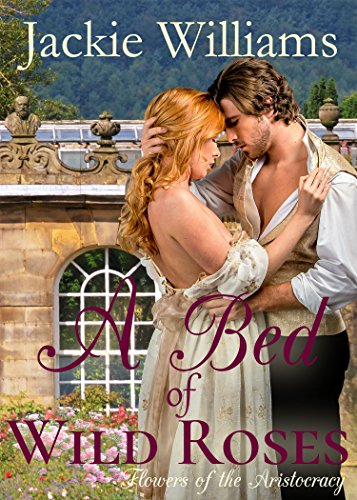 An innocent kiss might not have sealed her fate. Even a scandalously slippery jelly could be explained away. But revealing one’s long hidden charms to the local nobility can only lead Lady Felicity into marriage or ruination.

How could a childhood game become so complicated? How could a dessert behave so decadently? And how could his own shrubbery become so untamed? Caught between debt, honour, and Felicity’s more than irate brother, Lord Algernon Barclay’s immediate future can only lead in one direction. Straight into a parson’s noose.

But even while reconciling themselves to their fate, a killer stalks. Amid attempted murder, thieving relatives, and renovating an impoverished estate, will they surrender to their shared attraction, or will Algernon’s stubborn heart convince her to give up and leave him.

It has been a while since I have read a Regency Romance, and I was looking forward to diving in between the covers of A Bed Of Wild Roses. If the blurb was anything to go by then, this book was going to be a terrific read.

I had high expectations for this book, and I am pleased to say that I wasn't disappointed. This book had everything a great Regency Romance needs. A terrific historical backdrop. A dashing hero. A feminine yet, feisty heroine. An evil antagonist and a would-be brother-in-law who kept getting the wrong end of the stick, with sometimes disastrous, but amusing, consequences.

The story was fast-paced and very engaging. I adored the characterisation of all the characters, especially Algernon, Felicity and Brendon. They all had very distinct personalities and were very real in the telling.

The romance was swoon worthy. It was beautifully portrayed and very easy to get lost in. I loved it!

If you love quality Regency Romance, then check out A Bed of Wild Roses. 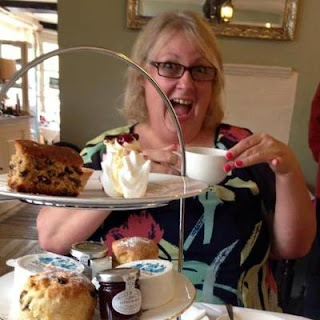 I was born in Essex England during the mid sixties but I missed all the fun. Being only young I assumed that all Beatles were six legged creatures and Flower Power was something to do with the vigorous way my mother kneaded the bread dough.

My own beautiful teenage daughter persuaded me to write my first romance. She was only fourteen at the time and between books for children and adults. She couldn’t find anything that ticked all her numerous and particular boxes and so she asked me to write a book, with all the exact ingredients just for her. Though not just a book for teens, she enjoyed the resulting tale so much that she shared it with her friends and I eventually published A Perfect Summer as an ebook on amazon.

But I have discovered that writing is not easily stopped once you start. It has turned into a grand passion that I just cannot hold back. The fingertips start tapping the keys and ideas suddenly come flooding, far too many for just one book and so I began another and then another. Nine books later I am still nowhere near done. Book ten is on its way and only just the other night I woke from a wild and wonderful dream with book eleven fully formed in my head.

Romance will always be my first love but recently I was so influenced by a tiny polished plaque on a sea wall that I gave paranormal romance a try. (Echo Beach) Mixing the two genres was a real challenge for me but I was delighted with the result. Historical romance is going to be my next genre. All those fabulously titled and passionate men are impossibly hard to resist.