(Order of the Dragon Knights #5) 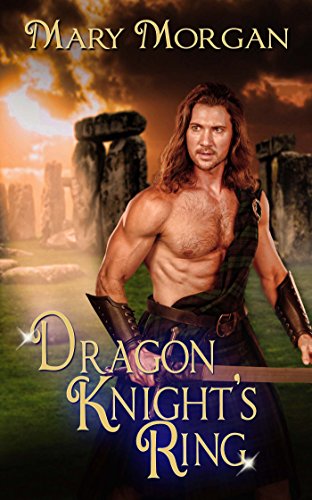 Crusader, Adam MacFhearguis is on one last quest to the standing stones in Scotland where he seeks to bury the past. However, a silent prayer sends him to an unknown future and to his beloved Meggie. When he uncovers a shocking revelation, Adam questions everything about the woman he thought he knew and loved. He may have traveled the veil of ages, but time is now his enemy.

Margaret MacKay lives a life in the future without the memories of her past—her death. When Adam arrives at her door confessing he knows her, she is confused and wary. With each passing day, she yearns to learn more from this stranger. Yet, when a truth is revealed, can she trust the man to unlock the chains from her mind and heart?

Will love free the bonds to unite the two lovers who were doomed centuries ago? Or will evil finally claim victory over the Dragon Knights?

I was so looking forward to getting my hands on the last of The Dragon Knight's and reading Adam’s and Margaret’s story. As readers of the series will know, the series starts with Margaret's death, but what Adam thought was the end of their love, was in fact, only the beginning. I am pleased to say that Ms Morgan has surpassed herself with Dragon Knight Ring. It was awesome!!

Adam's grief at losing his Meggie was heartbreaking. And his discovery that she is alive, although in another time, was one of immense joy but also terrible sorrow, for when they are reunited, she can remember nothing of what came before. He has to begin again. His courtship of her is wonderful, and I thought, beautifully written.

Meggie is this wonderfully strong woman who is desperate to know of her past and gets so frustrated with her inability to remember. Her journey of discovery is a very brave one. But she listens to her heart, and she follows where that leads.

The story itself is a brilliant conclusion to what has been the most fantastic journey. I am going to miss those Dragon Knights. I can not recommend this book, or this series enough.  A must read.

Where can I purchase the book?
Amazon US
Amazon UK
About the author 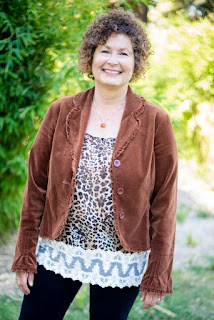 Scottish paranormal romance author, Mary Morgan resides in Northern California, with her own knight in shining armor. However, during her travels to Scotland, England, and Ireland, she left a part of her soul in one of these countries and vows to return.
Mary's passion for books started at an early age along with an overactive imagination. She spent far too much time daydreaming and was told quite often to remove her head from the clouds. It wasn't until the closure of Borders Books where Mary worked that she found her true calling--writing romance. Now, the worlds she created in her mind are coming to life within her stories.