It is with the greatest of pleasure that I welcome Historical Romance author, Raelle Logan, on to the blog. Raelle is going to tell us about her inspirations behind her latest book…
BLACKHEART
By
Raelle Logan 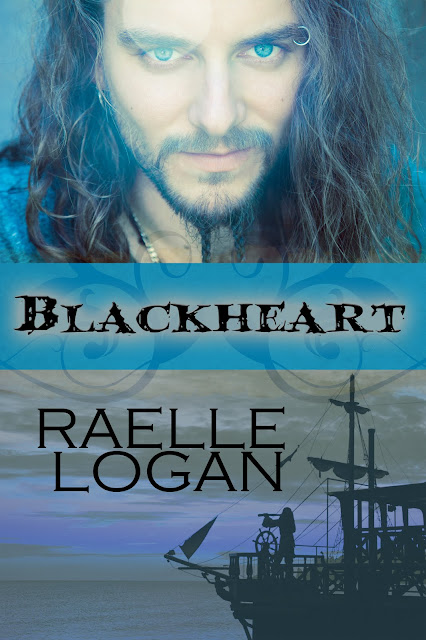 No memory of his assassin past, sentenced to death for a duel gone wicked, Lochlanaire Blackheart is  granted freedom, commanded by King William to hunt Siren Rain, the illegitimate daughter of ousted King James II.  Her existence threatens the British monarchy.  In capturing his prey, Lochlanaire must plunder the signet Siren dons.  That jewel is the talisman of King James II, which proves Siren’s ancestry.  Lochlanaire, however, is unaware that, at the moment he casts sail, Siren’s already been kidnapped by his pirate brother, Zore.  Lochlanaire must stalk Zore and battles this cutthroat, in a fateful twist, for the captive princess, spinning Siren into his web of treachery and lies.  Afterward, they’re shipwrecked in a gale, entwined in a union of inconvenience when Lochlanaire weds Siren under the witchery of gypsies and at pistol point.  After Lochlanaire enlightens Siren of her true father’s identity, to spare her own life, she seduces her captor, desperate to conceive his child.  She believes he cannot surrender her to die at King William’s hangman’s noose if their blood unites.  Lochlanaire, alas, is trailed at every footfall by a ghoul slaughtering the pirates aboard his ship.  That ghoul bears a dastardly secret.  Siren must unravel all the Blackheart brothers’ secluded evils, while conspiring to save Lochlanaire, for he threads together a travesty by which to sacrifice himself to the king who enslaves him, all while opposing the two seething brothers who seek his demise for the tragedies reaped in Lochlanaire’s shattered past.  If Lochlanaire fails to evade the death-curses shadowing his every step, Siren will lose the breath-wrenching privateer who is her assassin hunter, the possessor of her lusty soul, and her only love. 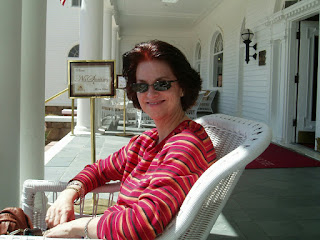 In truth, I’ve never thought of what inspires me.  I have always wanted to be a writer; it’s apparently the only thing I really enjoy doing.  When I first began to write my romances, it never occurred to me that I would publish my work.  I mainly just wanted to put my characters and their stories on paper just for myself and maybe family.  Then I began to think, hey, maybe other people might be interested in reading my stories.  BLACKHEART took about a month to write, as the character was screaming in my head to get onto paper.  I hope people enjoy reading the book as much as I enjoyed threading together the tale.
Links for Purchase
Amazon
B&N
About the author 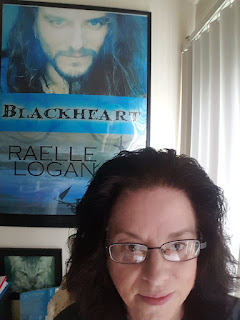 I’ve been writing stories since I was a very young child.  Back then, my writing interests were mainly in a Western genre, owing to my Dad being a HUGE Western movie fan.  My mother worked at a local library and one day she brought home several books she hoped would keep me occupied throughout the summer months while I was out of school.  Several of those books were written by author Victoria Holt.  Needless to say, I was hooked on romance.  After I threw out the Western manuscript I had written, I delved into the romance genre with hearty gusto, reading every book I could find.  In later years, after marrying a racecar driver, a neighbor tossed an old laptop over the fence in our backyard into my husband’s arms, as he wanted to help with my husband’s racing career.  I got curious about the computer, sat down one day and starting writing on the notepad, only to discover, to my absolute horror, that I couldn’t save my work.  I bought a new computer and have been writing since.  After writing my first manuscript, I realized I wanted to write a book about pirates that was more true to the reality of their real lives than is usually portrayed in books and film.  Having only the limited knowledge of what I had seen in paper and moves, I took a year off in order to do historical research, learning about pirates and their ships, weapons, clothing and, language. I even read the WEBSTER’S dictionary so I could use words for the time period I write about.  BLACKHEART is my first published manuscript.
Useful Links
Website
Facebook
Twitter
Goodreads
Posted by Mary Anne Yarde at 07:00