Guardians Of The Crown 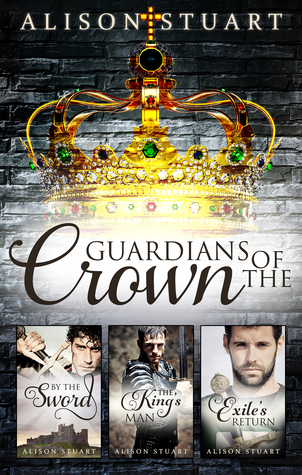 From award-winning author Alison Stuart comes a stirring historical trilogy about soldiers, spies, and the strong women that love them. 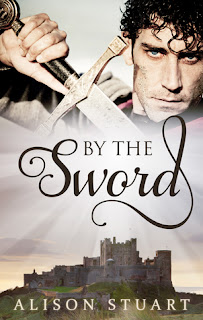 England 1650. In the aftermath of the execution of the King, England totters once more on the brink of civil war.


Kate Ashley finds her loyalty to the Parliamentary cause tested when she inherits responsibility for the estate of the Royalist Thornton family.
Jonathan Thornton, exiled and hunted for his loyalty to the King’s cause now returns to England to garner support for the young King. Finding Kate in his family home, he sees in her a chance at a life he doesn’t deserve.
But love is fragile in the face of history. What hope can one soldier and one woman hold in times like these?
(Winner of the 2008 Epic Award for Best Historical Romance)
For more information click HERE 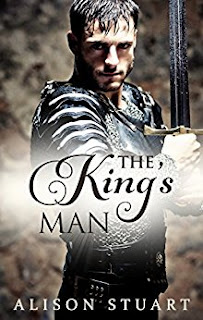 London 1654: Kit Lovell is a disillusioned Royalist who passes his time cheating at cards, living off his wealthy and attractive mistress and plotting the death of Oliver Cromwell.


Penniless and friendless, Thamsine Granville has lost everything. Terrified, in pain and alone, she hurls a piece of brick at the coach of Oliver Cromwell and earns herself an immediate death sentence. Only the quick thinking of a stranger saves her.
Far from the bored, benevolent rescuer that he seems, Kit plunges Thamsine into his world of espionage and betrayal – a world that has no room for falling in love.
Torn between Thamsine and loyalty to his King, Kit’s carefully constructed web of lies begins to unravel. He must make one last desperate gamble – the cost of which might be his life.
For more information click HERE 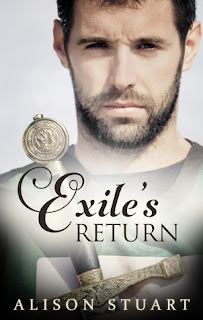 England, 1659: Following the death of Cromwell, a new king is poised to ascend the throne of England.
Imprisoned, exiled and tortured, fugitive Daniel Lovell returns to England, determined to kill the man who murdered his father. But his plans for revenge must wait, as the King has one last mission for him.
Agnes Fletcher’s lover is dead, and when his two orphaned children are torn from her care by their scheming guardian, she embarks on a perilous journey to save them. She didn’t plan on meeting the infamous Daniel Lovell.
Thrown together with separate quests – and competing obligations – Daniel and Agnes make their way from London to the English countryside, danger at every turn. Will they find the peace they crave, or will their fledgling love be a final casualty of war?
For more information click HERE

Kate nodded, a faint colour rising in her cheeks. ‘I had a good dowry and Richard fair prospects.’ She looked up at him, holding his eyes with her clear gaze. ‘And we loved each other.’

Dear God, this bloody war, Jonathan thought.
‘And if it were not for the war, you would be living in wedded bliss in Barton Manor, surrounded by a brood of children,’ he said.

Kate looked away and he knew his observation had hit home. He reached for her hand and when she tried to pull away he tightened his grip, forcing her to look up at him.

‘I’m sorry, Kate, that was a thoughtless remark. I’m the last person who has any right to do that.’ He released her hand. ‘From what I knew of Richard, he did not have the heart of a soldier.’

He knew more about Richard Ashley than he was prepared to reveal. A scholar, not a soldier. Richard should be at home at Barton Manor with this woman and their children. Not dead in the ground at the age of twenty-two.
Kate looked up at him, her brow creased in puzzlement, and he cursed himself for revealing too much.

‘What could you possibly have known of him? The Thorntons have been estranged from the Ashleys for over thirty years.’ This time he bit his tongue and when he didn’t reply she continued.  ‘To answer your question, Richard may not have gone willingly to the war but he fought bravely against the terrible odds in the North. He followed Sir Thomas Fairfax into hell during those early years.’

Jonathan nodded. ‘Fairfax’s men had it hard in those early years.’ He paused. ‘Was he with Fairfax that day at Marston Moor?’

‘Of course,’ Kate replied. ‘Were you there? Is it possible you faced Richard?’
Of course Jonathan had been there with Prince Rupert’s cavalry. It had been a bloodbath.  Marston Moor had put in train a series of tragic events in his own life that had nothing to do with the battle.

He swallowed and gave a barely perceptible nod. ‘I was on the other flank with Rupert.’

‘What did it matter?’ A rare flash of anger rose in Kate. ‘You wouldn’t have known Richard if you had met on the battlefield.’

Yes I would, he thought.

‘That is the tragedy of a civil war, Kate.’

She didn’t seem to notice that he had used her given name. Her eyes blazed with anger and misery. ‘They brought him home to die. It was a horrible death.’ Her voice cracked.

She lowered her head and took several deep shuddering breaths that wracked her body.

Without thinking, Jonathan lifted his hand to her face, tilting her chin so she looked at him. Her eyes swam with unshed tears. Tears he had caused.
‘So many deaths. Too many, Kate. Believe me, it’s not always easy to be the survivor. I may not be dead but I have lost all that is important to me. It’s a hollow victory over death.’

So many deaths...Marston Moor and afterwards, Oxford. He had run at life, stumbled into the path of innocent people, and he had survived while they had died.

If you would like to explore this fascinating period in history, Alison is offering a copy of her time travel romance SECRETS IN TIME to any readers who wish to sign up to her newsletter. The offer remains open until 30 June.

Award winning Australian author, Alison Stuart learned her passion for history from her father. She has been writing stories since her teenage years but it was not until 2007 that her first full length novel was published. Alison has now published eight full length historical romances and a collection of her short stories.  Her disposition for writing about soldier heroes may come from her varied career as a lawyer in the military and fire services. These days when she is not writing she is travelling and routinely drags her long suffering husband around battlefields and castles.
To keep up to date with Alison’s news and for access to exclusive content subscribe to her Readers’ List. Just click HERE