Echo in the Wind 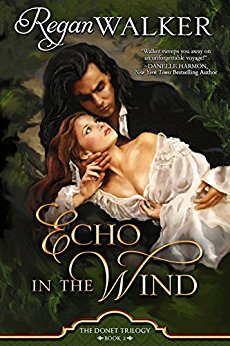 Cast out by his noble father for marrying the woman he loved, Jean Donet took to the sea, becoming a smuggler, delivering French brandy and tea to the south coast of England. When his young wife died, he nearly lost his sanity. In time, he became a pirate and then a privateer, vowing to never again risk his heart.

As Donet’s wealth grew, so grew his fame as a daring ship’s captain, the terror of the English Channel in the American War. When his father and older brother die in a carriage accident in France, Jean becomes the comte de Saintonge, a title he never wanted.

Lady Joanna West cares little for London Society, which considers her its darling. Marriage in the ton is either dull or disastrous. She wants no part of it. To help the poor in Sussex, she joins in their smuggling. Now she is the master of the beach, risking her reputation and her life. One night off the coast of Bognor, Joanna encounters the menacing captain of a smuggling ship, never realizing he is the mysterious comte de Saintonge.

Love on the High Seas...

Lady Joanna West cannot abide to see the poverty around her, but instead of attending organised charity events by like-minded members of the ton, Joanna embarks on a far more dangerous pursuit to raise some money — she becomes a smuggler.

Her path crosses with the dashing French, Comte de Saintonge. What she doesn't realise is that the Comte is also the captain of one of the smuggling ships that she trades with.

The Comte de Saintonge, appears to be fearless, but that is not so. He fears to fall in love again. Can Lady Joanna help him conquer this fear?

Oh, what is not to like about this book? Set in the year 1784, Regan Walker transports her readers back to pre-revolution France in this most wonderful tale of love, honour and smuggling!

Echo in the Wind grabbed me from the very first page and did not let go of me until I had finished. I was swept away by Ms Walker's descriptive prose. The attention to historical detail in this book is outstanding. Ms Walker has brought this era to life. Kudos, Ms Walker.

I adored the characterisation of both Lady Joanne and Donet. They were both superbly well drawn and believable. As was their love story.

I really can't praise this book enough. A sublime read.

* I received a copy of this book from the Publishers, via Netgalley for review consideration. * 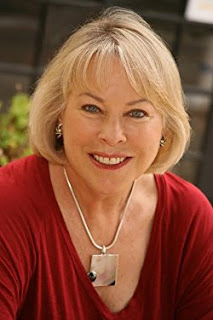 Regan Walker is an award-winning, #1 Amazon bestselling author of Regency, Georgian and Medieval romances. She writes historically authentic novels with real historical figures along with her fictional characters. She wants her readers to experience history, adventure and love. She has six times been featured on USA TODAY's HEA blog and her novels have won numerous awards.

You can sign up for her newsletter on her website and get the "Readers Extras" there, too. Regan loves to hear from her readers.