#bookreview ~ The Quest for the Crown of Thorns #HistFic @CRipleyMiller

The Quest for the Crown of Thorns 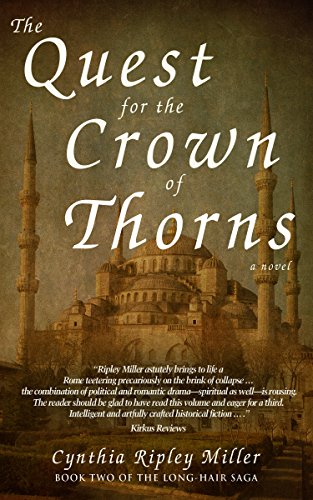 AD 454. Three years after the Roman victory over Attila the Hun at Catalaunum, Arria Felix and Garic the Frank are married and enjoying life on Garic's farm in northern Gaul (France). Their happy life is interrupted, when a cryptic message arrives from Rome, calling Arria home to her father, the esteemed Senator Felix. At Arria's insistence, but against Garic's better judgment, they leave at once.

Upon their arrival at Villa Solis, they are confronted with a brutal murder and the dangerous mission that awaits them. The fate of a profound and sacred object--Christ's Crown of Thorns--rests in their hands. They must carry the holy relic to the safety of Constantinople, away from a corrupt emperor and old enemies determined to steal it for their own gain.

But an even greater force arises to derail their quest--a secret cult willing to commit any atrocity to capture the Crown of Thorns. And all the while, the gruesome murder and the conspiracy behind it haunt Arria's thoughts.

Arria and Garic's marital bonds are tested but forged as they partner together to fulfill one of history's most challenging missions, The Quest for the Crown of Thorns.

Power, status, money, greed ~ there is nothing that cannot be bought and everything has a price.

Yet some things cost more than others. If a man is willing to lay down his life or kill to possess an object, then that object must be very precious indeed.

Senator Felix is dying, but a silver blade can hasten ones departure to the promised lands. But before his past catches up with him, he sends his daughter, Arria, a letter, ordering her to come home at once, for there is a matter that acquires her immediate attention ~ a matter of such a delicate nature that he dare not write it down on parchment.

Senator Felix knows where one of the most sacred relics of the Christians is. And now it is Arria's responsibility to get Christ’s, Crown of Thorns, to a place of safety.

With softly lyrical prose and a story so spell-binding that it transported me back to the 5th Century, The Quest for the Crown of Thorns, is an elegant masterpiece of historical fiction. This book totally ensnared me in its clasps, and it did not release me until I had read it all.

The attention to detail was exquisite ~ I could see, hear, smell and taste the time that Miller was describing. The history itself was well-written and researched. It was like being there. Miller has brought this era back to life.

The characterisation was sublime, and the romance was breathtakingly beautiful. I adored the world that Miller has created, as well as the characters in it. This is a sit-down and finish book and is one I would Highly Recommend.

Links for Purchase
Amazon US
Amazon UK
About the author 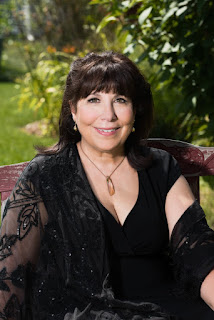 Cynthia Ripley Miller is the author of On the Edge of Sunrise, the first novel in the Long-Hair Saga, a series set in late ancient Rome and France and a Chanticleer International Chatelaine Award finalist.  She has lived and travelled in Europe, Africa, North America and the Caribbean, taught history and currently teaches English.
Her short stories have appeared in the anthology Summer Tapestry, The Scriptor, and at Orchard Press Mysteries.com.  Cynthia blogs on her website, http://www.cynthiaripleymiller.com and at Historical Happenings and Oddities: A Distant Focus.
She lives with her husband and their cat, Romulus, and German Shepherd, Jessie, in a suburb of Chicago.
Useful Links
Website: http://cynthiaripleymiller.com
Facebook:https://www.facebook.com/cynthiaripleymiller/
Blog: http://cynthiaripleymiller.wordpress.com/
Twitter: @CRipleyMiller
Posted by Mary Anne Yarde at 17:36