We tend to think of folklore as stories that were told a long time ago — but are we right in this assumption?

Last week I took a look at Geoffrey of Monmouth’s interpretation of Merlin. This week, I am going to stick with Merlin, but instead of Monmouth I am going to take a look at another one of the Great Arthurian Writers. I will also try to answer the question I just posed.

"Wave after wave, each mightier than the last,
Till last, a ninth one, gathering half the deep
And full of voices, slowly rose and plunged
Roaring, and all the wave was in a flame:
And down the wave and in the flame was borne
A naked babe, and rode to Merlin’s feet,
Who stoopt and caught the babe, and cried "The King!
Here is an heir for Uther!"

The above quote was taken from Tennyson’s Idylls of the King and the place Tennyson was referring to was none other than Merlin’s Cave in Cornwall. The cave itself sits under Tintagel Castle, and if you have the slightest interest in Arthur, then I am sure you have heard of Tintagel. If you ever get the chance to visit Tintagel, then do. It is a stunning location, well worth checking out. 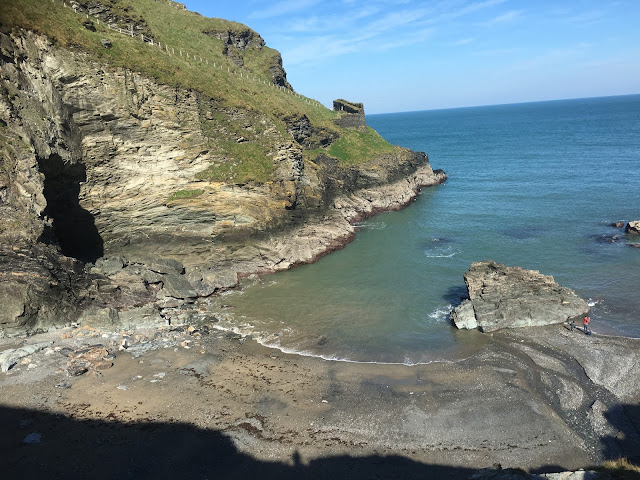 Who was Lord Tennyson?

Alfred Tennyson, 1st Baron Tennyson, (6 August 1809 – 6 October 1892) was the Poet Laureate of Great Britain and Ireland during much of Queen Victoria’s reign. Lord Tennyson was appointed to the position of Poet Laureate in 1850, after the death of William Wordsworth, and he is mostly remembered for his great work — The Charge of the Light Brigade. But I am interested in him because he also published an Arthurian inspired epic poem between 1859 and 1885 and he called it, as I have already said, The Idylls of King.

Now anyone who writes about Arthur, myself included, draws on the work of the Great Arthurian Poets, and Tennyson was no different. But his poem was so epic that he split it into 12 parts, and each part dealt with a different aspect of the Arthurian tale — however, he gave his stories a slight Victorian twist! 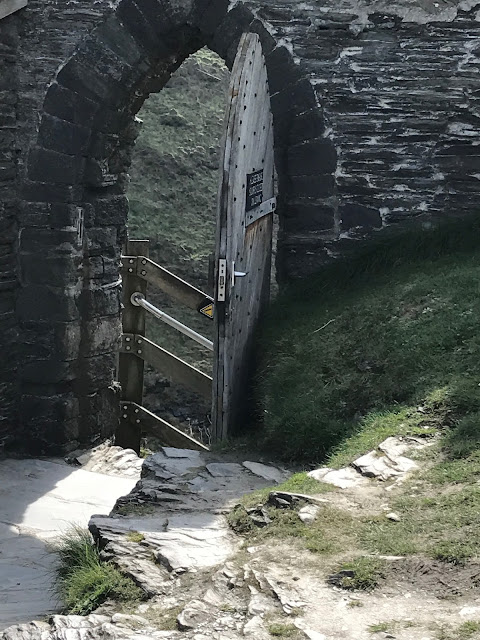 Geoffrey of Monmouth had already given us Tintagel Castle as the birthplace of Arthur. Tennyson took this one step further, and I can understand why he did. There is a cave under Tintagel Castle, and this cave was begging to be included in the tale. The cave in question fills up with water at every high tide, and it is easy enough to imagine Merlin approaching the cave with a shining staff in his hand, lighting his way. If Merlin were to have a cave, then this would be it. This unknown cave became a tourist attraction that suddenly had a long association with Arthurian legend — it was just that no one knew about it until Tennyson told us! 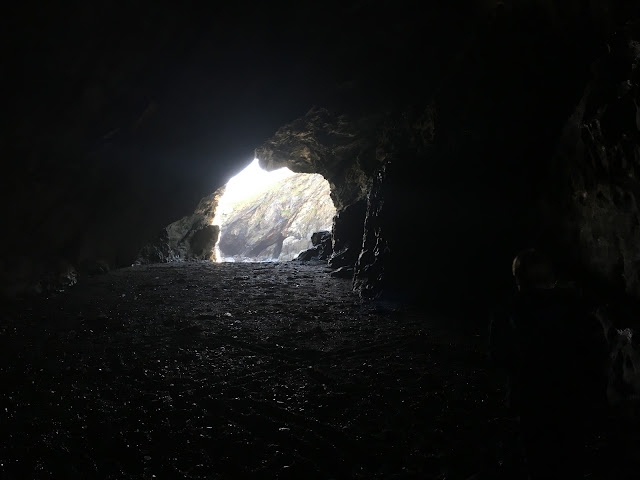 I don’t know about you, but I love checking out film locations. I am lucky enough that I live very near some Poldark film locations. I have also travelled around Scotland checking out the Outlander film locations. Now I am sure you would not disagree with me when I say that neither Poldark or Outlander scream folklore. But when we put the same principles into Arthur’s story then there are some startling similarities because, let’s be honest, if you are going to visit an Arthurian location, it isn’t the same as spending the day at, I don’t know, Hampton Court. You are instead visiting book locations, folklore locations. 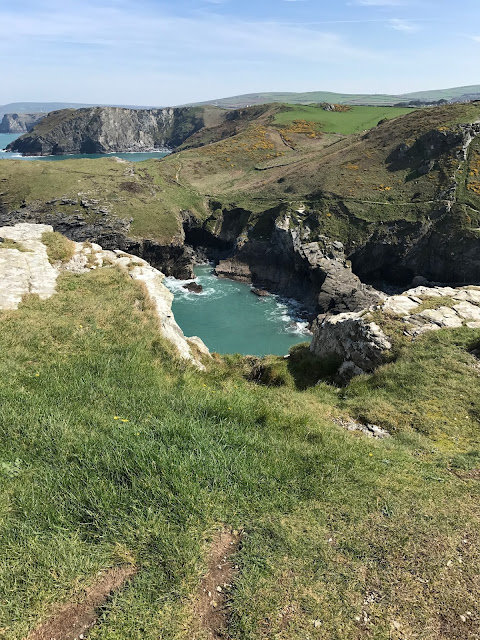 However, saying that, visiting Arthurian book locations doesn’t feel the same, as visiting the locations of Poldark, Outlander or even Game of Thrones for that matter, because we recognise them as stories, but when it comes to Arthur, we don’t do that. The folklore is so engrained into our culture that we just kind of accept it as maybe not fact, but something very close. And the reason for this is simply because Geoffrey of Monmouth’s great work in the 12th Century was a must read. A factual, must read. And that is where the problem lies with Arthurian folklore. For centuries we were told these stories were true and somewhere ingrained deep down inside us is the belief that they are. Of course, over the centuries there are plenty of people who have exploited the Arthurian story — the monks of Glastonbury Abbey being one of them. But just think on this, a thousand years ago the people of Britain were making pilgrimages — we would probably call it a holiday, or a day out — to these sites that were associated with Arthur and we are still doing it, after all this time. Isn’t that incredible? Arthur is still drawing in the crowds, and I believe that he will continue to draw in the crowds long after we have forgotten all about Poldark and Outlander and even, dare I say it, Jon Snow. And that, my friends, is the power of folklore. It is not the same as a book, it isn’t the same as factual history. It evolves, and we accept it. Suddenly Tennyson’s version of events seems as old as time. Merlin always had a cave...didn’t he? It is humbling when you think about it.

If you fancy finding out what happened after the death of King Arthur, then why not check out my historical fantasy series — The Du Lac Chronicles... 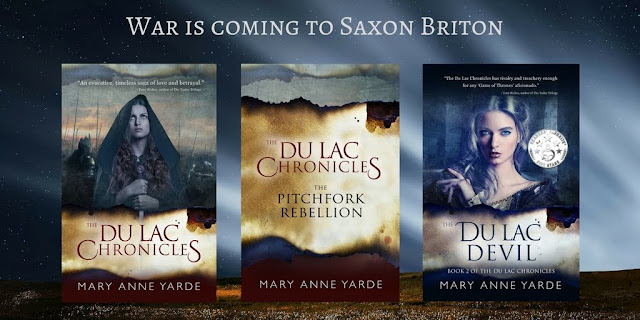