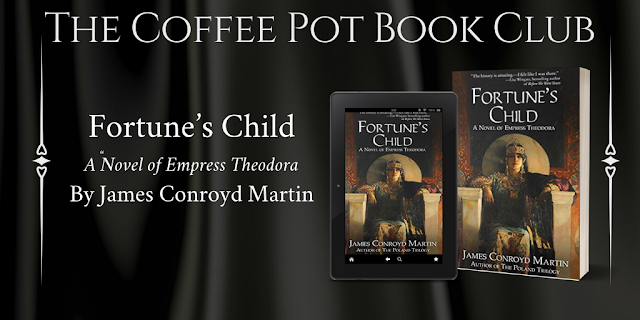 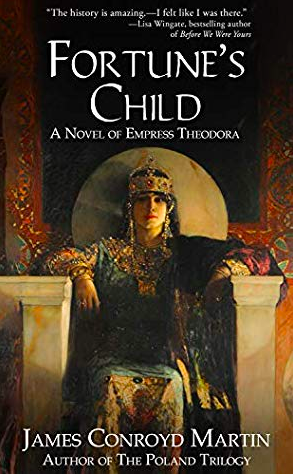 From a very young age, Theodora, daughter of a circus bearkeeper in Constantinople, sets her sights well above her station in life. Her exquisite beauty sets her apart on stages and in the eyes of men.
Stephen, a Syrian lad of striking good looks, is sold by his parents to a Persian wizard, who teaches him a skill in languages that will serve him well.
By the time Destiny brings them together in Antioch, Theodora has undergone heart-rending trials and a transformation, while Stephen has been sold again . . . and castrated.
Discover the enduring bond that, however imperfect, prompts Theodora—as Empress—to request palace eunuch Stephen to write her biography. 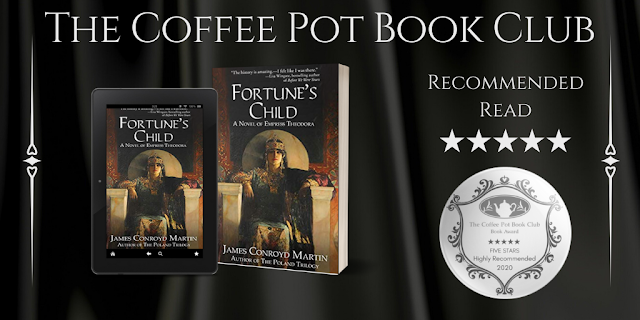 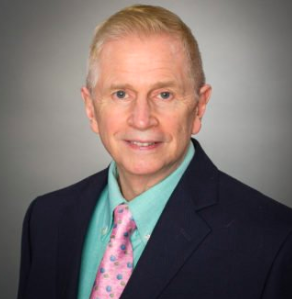 Ah, Fate~
The seed for "Fortune's Child" started some years ago when I was taking an Art Appreciation course at a community college in Los Angeles. One day we were studying the exquisite mosaics of Emperor Justinian and Empress Theodora from the Basilica di San Vitale in Ravenna, Italy, and the professor pointed to Theodora and said, “I’m not a writer, but if I were, that is the woman I would write about.”

Little did he know what he had unloosed.

What a fascinating woman, frailties and all! She could have been the prototype for Eva Peron. I started the novel right then and there; however, life and other books got in the way.

But Fortune's Child has finally found her way.
Fate goes ever as it must.

I am also the author of THE POLAND TRILOGY, beginning with "Push Not the River," a novel based on the diary of Anna Berezowska, a Polish countess who lived through the rise and fall of the Third of May Constitution. After working on the project for some years without raising interest within the publishing community, I self-published in 2001. Just one year later, St. Martin’s Press purchased the book and released a hard cover edition in September 2003. Polish and German rights sold almost immediately.

The Polish edition, "Nie ponaglaj rzeki," was released in May of 2005, became a bestseller and sold out in a matter of months. Anna's story had come full circle: Polish to English to Polish! "Pod purpurowym niebem," the translation of "Against a Crimson Sky," also became a bestseller when published in December of 2007.

"The Warsaw Conspiracy" followed, as did "The Boy Who Wanted Wings."