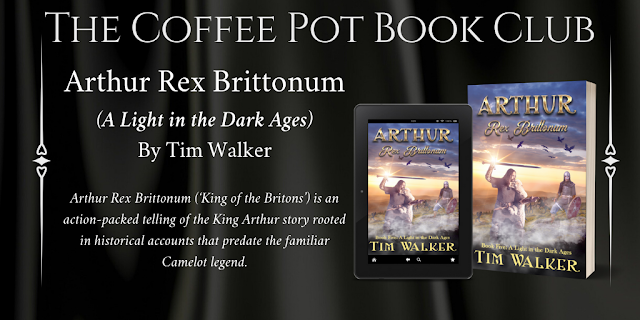 (A Light in the Dark Ages) 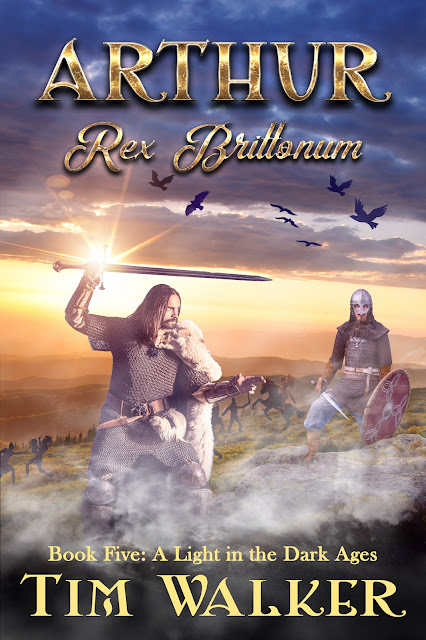 From the decay of post-Roman Britain, Arthur seeks to unite a troubled land

Arthur Rex Brittonum (‘King of the Britons’) is an action-packed telling of the King Arthur story rooted in historical accounts that predate the familiar Camelot legend.

Britain in the early sixth century has reverted to tribal lands, where chiefs settle old scores with neighbours whilst eyeing with trepidation the invaders who menace the shore in search of plunder and settlement.

Arthur, only son of the late King Uther, has been crowned King of the Britons by the northern chiefs and must now persuade their counterparts in the south and west to embrace him. Will his bid to lead their combined army against the Saxon threat succeed? He arrives in Powys buoyed by popular acclaim at home, a king, husband and father - but can he sustain his efforts in unfamiliar territory?  It is a treacherous and winding road that ultimately leads him to a winner-takes-all clash at the citadel of Mount Badon.

Tim Walker’s Arthur Rex Brittonum picks up the thread from the earlier life of Arthur in 2019’s Arthur Dux Bellorum, but it can be read as a standalone novel.

THEY BROKE CAMP in eerie silence and rode off the plateau into a blanket of mist that covered the farmlands. Sullen farm workers stood by as the soldiers filed past in pairs, each man wondering what the day would bring. Viroco’s scouts had reported that there were many refugees from the great town of Lindum at the magistrate’s villa, in the direction of the rising column of smoke.

By mid-morning, they had reached the back wall of the magistrate’s estate, and Arthur’s scouts had reported that the front wall was heavily barricaded against a rabble of Anglisc warriors clustered around a huge bonfire they had made some one hundred paces from the villa’s gates. The thick brambles that lined the inside of the stone wall and tumbled over the top between sharp spikes would dissuade many from attempting to scale it.

“Bedwyr and Viroco, you will go left, leading half of the men around the estate walls, and I shall proceed with my men and Peredur with his Rheged guard to the right. We shall meet at the front and form up in a line facing the enemy. Eight men will remain here with the wagon.” He looked at his eleven-year-old squire, Dermot, mounted on a frisky pony, his eyes wide with excitement. “Dermot, you will stay close to Ambrose and keep him safe for me. Your time to witness battle shall come.”

Arthur intended to waste no time on speaking to the defenders of the estate. No sooner had the two lines of horsemen met before the front ditch, to cheers from the wall behind, than he ordered lances braced and a slow trot towards the Anglisc warriors. The morning fog had lifted, as if God himself had lifted a curtain to reveal the enemy. Arthur’s confidence and eagerness to engage the enemy gave heart to his men, many of whom were novices. Their enemy, numbering more than a hundred, ranged in two loose shield walls on either side of their bonfire that had now burnt low to a mass of glowing embers. Another thirty or so wandered about the countryside, returning with arms full of plunder or driving livestock from nearby farms.

The Angliscs shouted war cries and curses in their guttural tongue and beat their swords and axes on cowhide shields. Only four of their leaders were on horseback, Arthur noted. He kicked Mars into a charge and screamed at the top of his voice. Feeling Excalibur in its sheath slapping his hip, he gripped his long lance firmly in one leather-gloved hand and clasped the round shield that protected his thigh and side in the other.

The earth shook with the vibration of two hundred horses galloping as one, generating a drumming that filled the ears of both the horsemen and their enemy. The war cries turned to screams as the line of horses crashed through the Angliscs, knocking many to the ground. Others were impaled on lances, as the purpose behind months of practice came to fruition for the eager horsemen. Arthur ran his lance into the throat of a burly warrior whose long moustache hanging in twin blond plaits, whipped around his face as he fell. After twenty paces, Arthur pulled up his horse and spun around, drawing Excalibur from its scabbard. The blade that had once been wielded in battle by Ambrosius now shone in the sunlight, and Arthur paused to wait for his riders to line up beside him. He glanced behind and smirked at the sight of Bedwyr and three others chasing the Anglisc leaders on their ponderous farm horses.

Holding Excalibur high, and with another roar, he kicked his snorting black stallion forward and they fell upon the dazed Angliscs, who staggered about and tried to raise their fallen comrades to their feet. Arthur knew to broadside his intended victim and slash to his left, where his shield gave him some protection from counter thrusts. His razor-sharp steel blade carved through any impediment beneath it, whether helmet, shield or chain mail vest. This gave his sword a seemingly magical power to onlookers, who knew not that it had been fashioned to steel from highest quality iron in the hottest furnace by a master swordsmith. He rarely needed a second slash or stab to fatally wound an opponent.

His men made short work of their enemy, and few prisoners were taken. The numerical advantage and use of horses had been a decisive factor, and Arthur could see that barely a dozen of his men had been killed. However, at least two dozen were nursing wounds.

“Fetch the wagon – we have wounded men that need attending!” Arthur shouted. “Do not slay any more of the enemy - we will need them to dig a burial pit. Herrig, question the prisoners to find out what you can of their plans. Come with me, Peredur. We shall meet with those inside. Our work is done.” 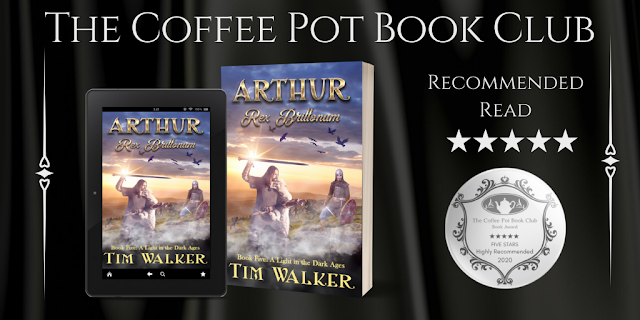 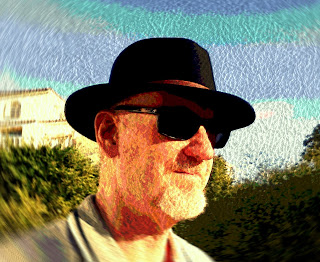 Tim Walker is an independent author living near Windsor in the UK. He grew up in Liverpool where he began his working life as a trainee reporter on a local newspaper. He then studied for and attained a degree in Communication studies and moved to London where he worked in the newspaper publishing industry for ten years before relocating to Zambia where, following a period of voluntary work with VSO, he set up his own marketing and publishing business.

His creative writing journey began in earnest in 2013, as a therapeutic activity whilst undergoing and recovering from cancer treatment. He began writing an historical fiction series, A Light in the Dark Ages, in 2014, following a visit to the near-by site of a former Roman town. The aim of the series is to connect the end of Roman Britain to elements of the Arthurian legend, presenting an imagined history of Britain in the fifth and early sixth centuries. 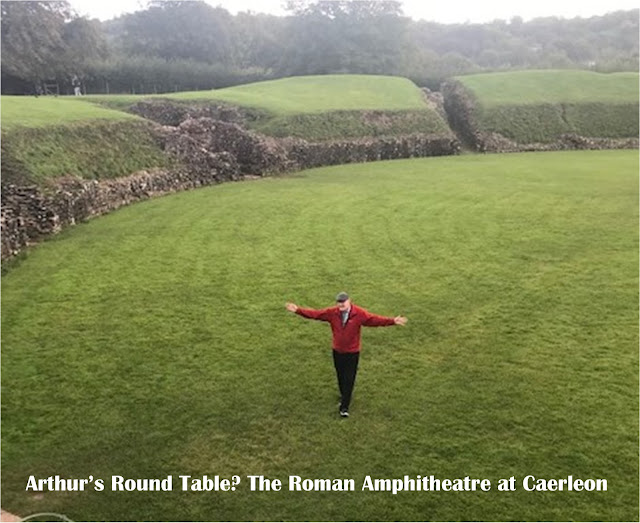 His new book, published in June 2020, is Arthur, Rex Brittonum, a re-imagining of the story of King Arthur (book five in the series). It follows on from 2019’s Arthur Dux Bellorum, the story of young Arthur (book four in the series), that received recognition from two sources in 2019 - One Stop Fiction Book of the Month in April, and an honourable mention in the Coffee Pot Book Club Book of the Year (Historical Fiction) Awards. The series starts with Abandoned (second edition, 2018); followed by Ambrosius: Last of the Romans (2017); and book three, Uther's Destiny (2018). Series book covers are designed by Canadian graphic artist, Cathy Walker. Tim is self-published under his brand name, timwalkerwrites.

Tim has also written two books of short stories, Thames Valley Tales (2015), and Postcards from London (2017); a dystopian thriller, Devil Gate Dawn (2016); Perverse (verse and short fiction, 2020); and two children's books, co-authored with his daughter, Cathy - The Adventures of Charly Holmes (2017) and Charly & The Superheroes (2018) with a third in the pipeline – Charly in Space.