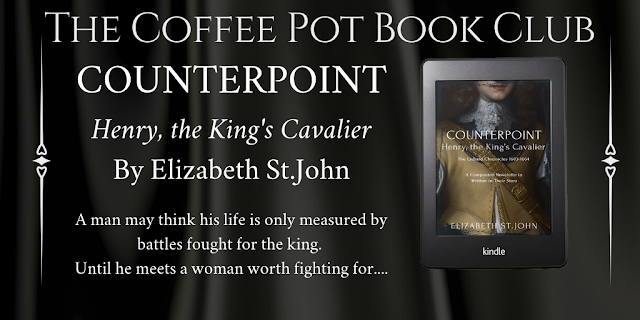 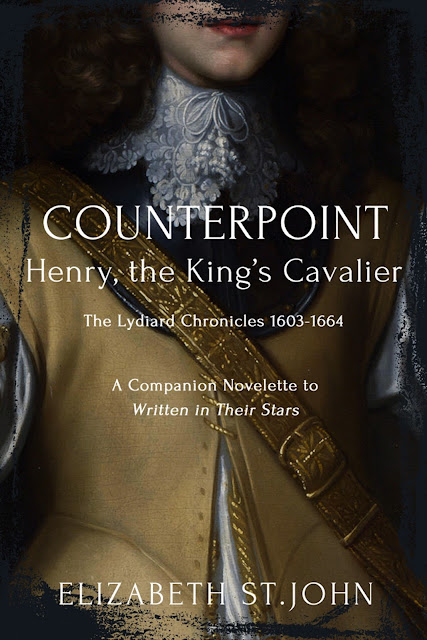 A man may think his life is only measured by battles fought for the king. Until he meets a woman worth fighting for.

Henry Wilmot. Cavalier. Seasoned soldier. Grieving widower. On the eve of battle he is sent by the king to requisition arms. What he did not expect was that the supplies were a gift from a feisty and attractive widow who was hiding her own Royalist beliefs in plain sight. Even more alarming was that his quest took him into the heart of an enemy Parliamentarian household. Will Henry survive the fight of his life? And will Nan remember him if he does?

A counterpoint is a melody played in conjunction with another, or an opposing viewpoint in an argument. Our lives are complex, and each one of us carries within us a counterpoint to another’s story.

A Conversation with Henry, the King's Cavalier

Mary Anne: Good day, my Lord. It is my pleasure to welcome you to The Coffee Pot Book Club. Could you tell us a little about yourself for those who may not know who you were, I mean, are?

Henry Wilmot: My names is Henry Wilmot, Earl of Rochester, at your service. You may know me as the man who saved the life of my noble sovereign, King Charles, smuggling him from the battle of Worcester and hiding him as we fled the Roundheads. Although I will give him his due – the oak tree was his idea. I prefer to be remembered as a soldier, a cavalier, a man who cared as much for the wellbeing of his men as fighting for the cause. And who loved a woman so much I risked life and limb to sneak back to England and visit her in enemy territory while I was exiled in France.

Mary Anne: I am sure many of us remember your noble deeds. Tell me if you could live anywhere in the world, where would it be?

Henry Wilmot: Why Merrie England, of course. Yes, I’ve fought in the Lowlands of Germany.  The Highlands of Scotland. I’ve begged for money at the Spanish Court — not for myself of course, but for the king. And my worst nightmare was exile at the Louvre Palace in Paris, locked down with a bevy of bored, gossiping courtiers with nothing to do and no means if we did. Absolute hell. I’m as simple man at heart. All I need is a pint of good English ale, served by a loyal landlord in a welcoming English inn. And a steady horse to take me home at the end of the night to my own dear wife in Oxfordshire’s fair country.

Mary Anne: What is your biggest regret?

Henry Wilmot: Leaving the wine cellar at the Louvre without finishing every last bottle.

Mary Anne: Dare I ask, what is your most embarrassing memory?

Henry Wilmot: Well, if you promise not to share, the time I donn’d the guise of a washerwoman to conceal myself on a secret visit to England. It wasn’t wearing a dress that bothered me as much as the pinch on my bottom from the damn’d Roundhead who took a fancy to me. And, it took me a fortnight to grow my moustache back.

Mary Anne: Which do you prefer, fine dining or a picnic?

Henry Wilmot: Ah – you mean a pique-nique? Those Frenchies know how to make a feast from a hunk of bread, a fresh wheel of cheese and a bottle of burgundy. Better than those interminable courses of fandangled, over-seasoned banquets that trap you for hours talking nonsense to a courtier who doesn’t know his head from his elbow. Fresh air and merry company every time for me.

Mary Anne: Thank you so much for taking time out of your busy day.

If you would like to learn more about Henry Wilmot then be sure to pick up your copy of COUNTERPOINT: Henry, the King's Cavalier.

Add COUNTERPOINT: Henry, the King's Cavalier to your ‘to-read’ list on

Catch up with the award-winning 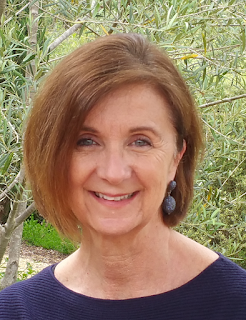 Elizabeth St.John was brought up in England, lives in California, and spends most of her time in the 17th Century. To inspire her writing, she has tracked down family papers and residences from Nottingham Castle, Lydiard Park, and Castle Fonmon to the Tower of London. Although the family sold a few castles and country homes along the way (it's hard to keep a good castle going these days), Elizabeth's family still occupy them - in the form of portraits, memoirs, and gardens that carry their imprint. And the occasional ghost. But that's a different story... 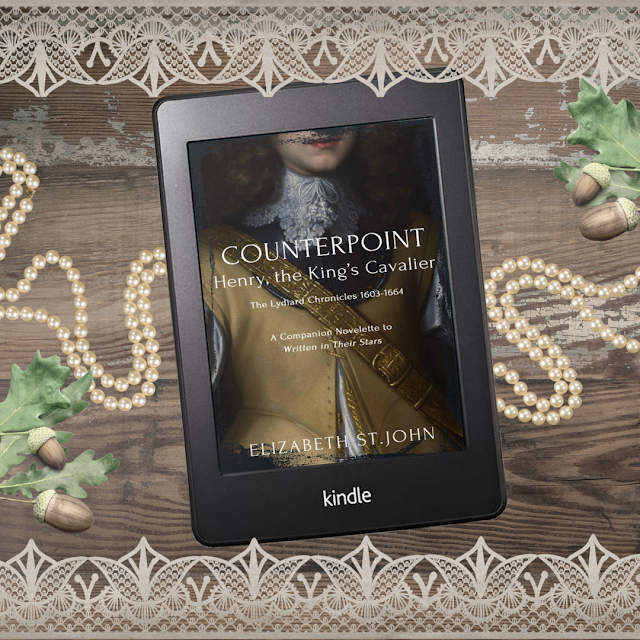