Join Historical Fiction author, Samantha Wilcoxson, as she takes a look at Life in the time of the Radium Girls #History @carpe_librum

Life in the Times of the Radium Girls 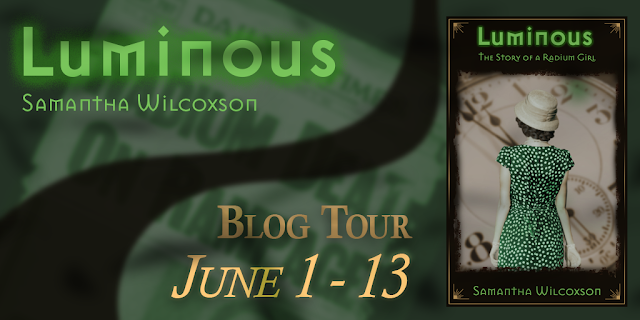 My latest novel, Luminous, takes an intimate look at the life of one of the young women who have become known as Radium Girls. This was a time of great change in the United States and the larger world due to World War I, which was followed by a time of economic boom and devastating crash. In the midst of this, young women discovered opportunities to join the workforce like never before. With men at war, and many sadly not returning, women began to find their place in the world beyond the realm of homemaking.

Some of the jobs that women were able to obtain were those one might expect as seamstresses, laundresses, and in domestic service. Others were new positions in war industries or jobs that had been left open by men. Those were the ones that were seen as exciting new opportunities. Women could work in munitions factories, learn how to perform mechanical work, and paint with an innovative new material that made things glow in the dark.

Catherine Donohue was one of the young women who counted herself blessed to find employment at Radium Dial in Ottawa, Illinois. In the Radium Dial studio, women used radium infused material to paint watch and instrument dials. This enabled soldiers to read information in the dark, and the industry continued after the war as glow-in-the-dark watches became fashionable. Dial painter positions were in high demand due to the good pay and perceived sophistication of working in a studio as opposed to a factory.

In the years following World War I, these women enjoyed increased independence and economic comfort. Prohibition also increased women’s freedom in a way. While bars and pubs had formerly been the domain of men, secretive speakeasies became the illicit gathering spots for men and women, having just the opposite effect that the promoters of Prohibition had intended. During this time, women also gained the right to vote and have their voices heard in the public forum. It was an era of fast paced change even before the stock market crash of 1929 and the Great Depression that followed.

The economic downturn of the 1930’s reversed some of women’s gains. With jobs scarce, men felt that they deserved those that were available, and many women of the time agreed with them. Women increased activities at home that could help save money, such as gardening and taking in sewing or laundry. Women working with radium were secure in their employment, but they started experiencing even more disturbing problems.

At Radium Dial in Ottawa and other companies using radium, workers began to experience a myriad of serious health problems. Catherine Donohue first developed a limp that she dismissed as arthritis, though she was in her twenties. Girls began to die of symptoms that were blamed on diphtheria, tuberculosis, sepsis, and even syphilis. It took years for people to realize, and even longer to admit, that the fatal health problems were caused by radium poisoning. 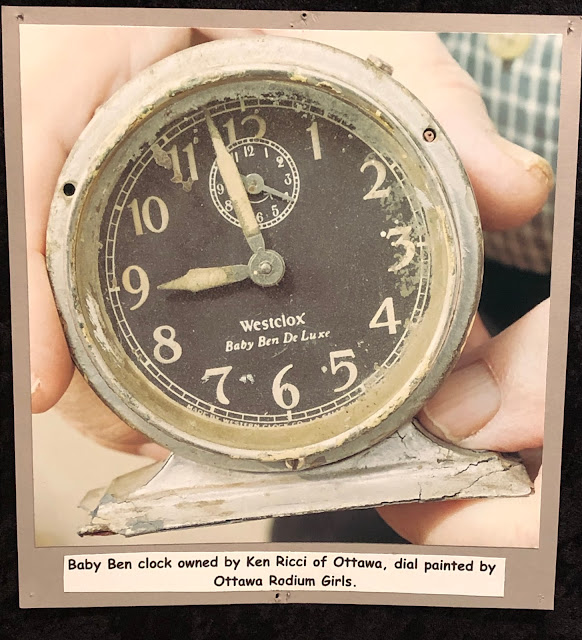 The women suffering from radium poisoning had a fierce battle to fight before their employers were held responsible for the way they had been exposed to dangerous material. Companies continued to exploit the workers long after they knew what radium could do to a person’s health. Catherine Donohue was one of the women who took her case to court as many times as necessary to gain a victory for those who were dehumanized for the sake of company profit.

In Luminous, I have explored Catherine’s life, her work, and her legal and medical battle as she suffered radium poisoning in the 1920’s and 1930’s. I hope that it is a glimpse into the era that is both informative and emotive. Catherine Donohue’s experience left an impact that affects working men and women to this day.

Luminous: The Story of a Radium Girl

Catherine Donohue's life was set on an unexpected course when she accepted a job at Radium Dial. The pay was great, and her co-workers became her best friends. But a secret was lurking in the greenish-grey paint that magically made things glow in the dark. When Catherine and her friends started becoming sick, this shy Catholic girl stood up to the might of the radium industry, the legal and medical communities, and townspeople who told her to be quiet. Would she be too late?Catherine's quest for social justice in the era between World Wars is emotive and inspiring.

Luminous: The Story of a Radium Girl

Samantha Wilcoxson is a history enthusiast and avid traveler. Her published works include the Plantagenet Embers series with novels and novellas that explore the Wars of the Roses and early Tudor era. Luminous is her first foray into 20th century American history, but she suspects that it will not be her last. Samantha enjoys exploring the personal side of historic events and creating emotive, inspiring stories.