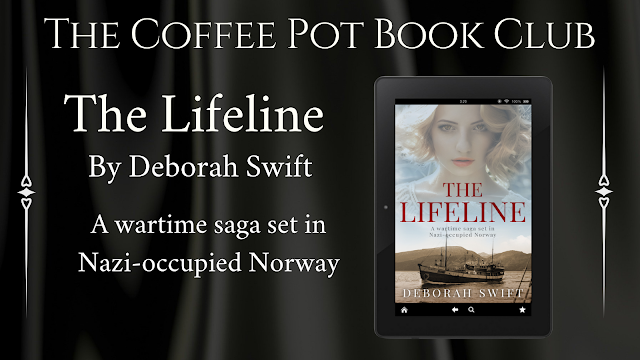 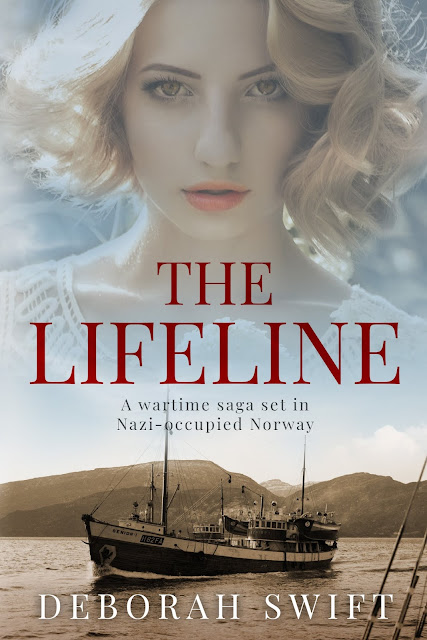 Schoolteacher Astrid Dahl has always kept out of trouble. But when she is told to teach the fascist Nazi curriculum, she refuses and starts a teacher’s rebellion, persuading eight thousand teachers to go on strike.

The Germans arrest her, and terrified of what punishment her trial might bring, she is forced to go into hiding.

Astrid's boyfriend, Jørgen Nystrøm, has joined the Norwegian Resistance. When his cover is blown he escapes to Shetland where he is taken on as crew for the Shetland Bus; a dangerous clandestine operation of small fishing boats that supply arms and intelligence to war-torn Norway.

In Shetland, hearing Astrid is in trouble, Jørgen sets off through enemy waters to meet her. But the Nazis have a spy on Shetland and have been tipped off about the Shetland Bus. With the enemy in pursuit from both directions, will Astrid and Jørgen be able to find each other? Or will they be separated forever by the brutal Nazi regime?

The Lifeline by Deborah Swift
My last two books were both set during WW2 and it was whilst I was researching this that I came across the story of The Shetland Bus. As far as I knew, there wasn’t another novel featuring this little known wartime operation in the Shetland Isles, and I was curious to know more about it. During my research I read as many memoirs as I could find from people who either worked on it, or were taken out of Norway by this lifeline. So what was the Shetland Bus?
The Shetland Bus
The Shetland Bus was the nickname of a clandestine resistance group that linked Shetland in Scotland with German-occupied Norway. The boats used were traditional Norwegian fishing boats, specially equipped with hidden guns, and hidden storage for supplies. The idea was to be able to enter Nazi-occupied waters without detection, and the crew went to great lengths to disguise themselves and their boats. The Shetland Bus was operational between 1941 until the end of the war in 1945. Most of the recruits were Norwegians who based themselves in Scalloway, and whose task it was to support Resistance workers in Norway with weapons and supplies. They also ferried intelligence back and forth between Norway and the British Isles, and as agents they were always subject to high levels of risk and danger.
The Dangers of the North Sea Crossing
Imagine sailing in mountainous seas in the middle of winter, in below freezing conditions. Imagine the fear of enemy attack from planes, submarines or patrol boats, and that if your boat was apprehended, you could be tortured or shot. These were the difficulties endured by the brave men who manned The Shetland Bus, and provided much-needed support to the Milorg, the Norwegian resistance.
One of the dangers was also that the crew would be stopped and asked for their papers or fishing permits. All the crew had to have forged passes and permits, and every boat had to have a large number of stamps proving where it had been fishing in its previous itinerary. All this took careful planning and meticulous forgery of harbourmasters’ signatures.
Characters in The Lifeline
My characters in The Lifeline are Jørgen Nystrøm, a Norwegian who crews the Shetland Bus, and Astrid Dahl, the woman with whom he is having a liaison. Astrid is a teacher, and in her part of the story she must flee Norway because she has become a member of Sivorg (the Civilian Resistance) and the Germans have become aware of her involvement in the teachers’ rebellion. Astrid is by nature shy and cautious, and has never been in trouble before, but must find the inner resources to cross the snow-covered terrain and deep fjords to rendezvous with The Shetland Bus. Not only that, but she has agreed to take a Jewish bookseller and his young daughter on her hazardous journey across country to reach the safety of Shetland.
The other main character in the book is Norwegian ski-champion and spy, Karl Brevik, a mercenary who has been given the job of tracking down Jørgen with the aim of destroying the anti-Nazi activities of the Shetland Bus.
The Beauty of Norway and Shetland
One of the things I was constantly aware of during the writing process was the immense beauty of Norway, and of its contrast with the beauty of Shetland. I tried to use this in the narrative to juxtapose with the images of war. Nature continues to be majestic even when humans are committing appalling atrocities, and is often the one thing people agree they are fighting for – their land in all its moods. I also used the idea of nature to contrast the rules and stringencies of Occupation with the freedom of the natural world.
Reference:
Image: Quisling (in front of the center) at a party event in Borre National Park is under a portal that promotes Germanske SS Norge in 1941 (Wikipedia) 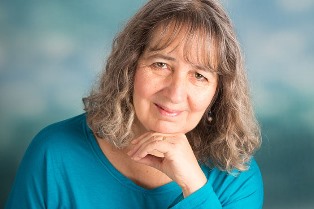 Deborah Swift is the author of fourteen historical novels. Her other WW2 books are Past Encounters, A BookViral Award Winner, and The Occupation, a Gold Medal Winner with the Coffee Pot Book Club. She lives in the north of England near the mountains and the sea.
Connect with Deborah:
Website • Facebook • Twitter • Goodreads. 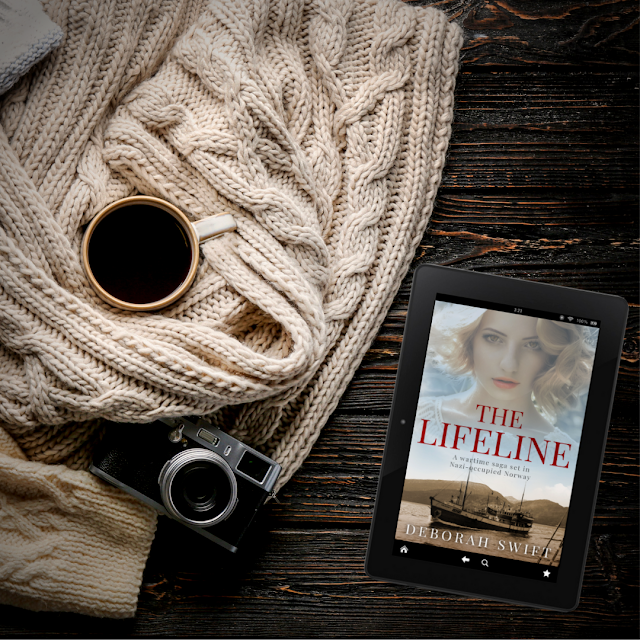