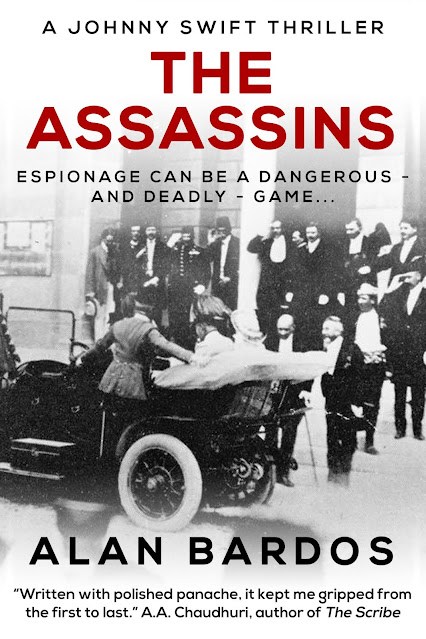 May 5th – July 7th 2021
Publication Date: (current edition) 15th February 2021
Audiobook Publication Date: 21st April 2021
Publisher: Sharpe Books
Audiobook Publisher: Independently Published
Page Length: 376 Pages
Audio Length: 10 hrs 59mins
Genre: Historical Thriller
1914.
Tensions are reaching boiling point in Europe and the threat of war is imminent.
Johnny Swift, a young and brash diplomatic clerk employed by the British embassy is sent to infiltrate the ‘Young Bosnians’, a group of idealistic conspirators planning to murder Franz Ferdinand. The heir to the Austro-Hungarian throne, in a bid to liberate their country from the monarchy’s grip.
Swift has been having an affair with his employer’s wife, Lady Elizabeth Smyth. Sir George Smyth dispatches the agent on the dangerous mission, believing that it will be the last he will see of his young rival.
The agent manages to infiltrate the Young Bosnian conspirators’ cell, helped by Lazlo Breitner, a Hungarian Civil Servant.
However, Swift soon realises that he may be in over his head. His gambling debts and taste for beautiful women prove the least of his problems as he struggles to survive on his wits in the increasingly complex - and perilous - world of politics and espionage.
Desperate to advance himself and with the lives of a royal couple unexpectedly in his hands, Swift tries to avert catastrophe.
Praise for Assassins
‘A cracking read, highly recommended’ - Roger A Price
‘Written with polished panache, it kept me gripped from the first to last. Five stars from me!’ - A.A. Chaudhuri
‘Part historical fiction, part thriller and part love story, this is a compelling and entertaining read’ - Gary Haynes
This book is available to read for free with #KindleUnlimited and Audible subscription.
Amazon UK • Amazon US • Audible
Alan Bardos 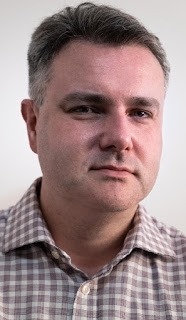 Alan Bardos is a graduate of the MA in TV Script Writing at De Montfort University, he also has a degree in Politics and History from Brunel University. Writing historical fiction combines the first great love of his life, making up stories, with the second, researching historical events and characters. Alan currently live in Oxfordshire with his wife… the other great love of his life.
Despite the amount of material that has been written about the twentieth century there is still a great deal of mystery and debate surrounding many of its events, which Alan explores in his historical fiction series using a certain amount of artistic license to fill in the gaps, while remaining historically accurate. The series will chronicle the first half of the twentieth century from the perspective of Johnny Swift, a disgraced and degenerate diplomat and soldier; starting with the pivotal event of the twentieth century, the Assassination of Archduke Franz Ferdinand, in ‘The Assassins’. 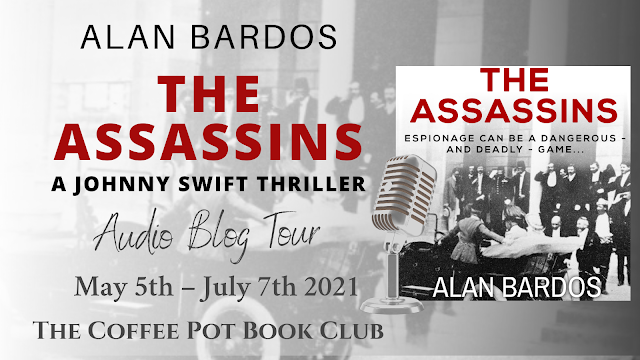 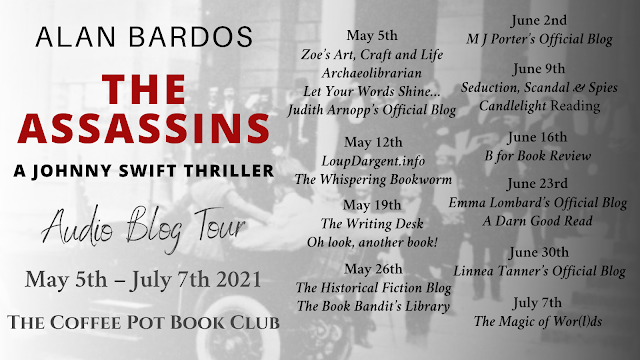