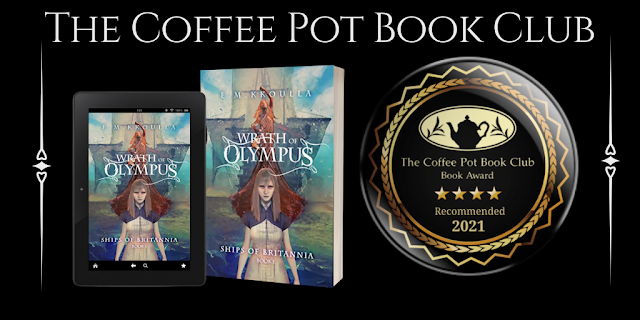 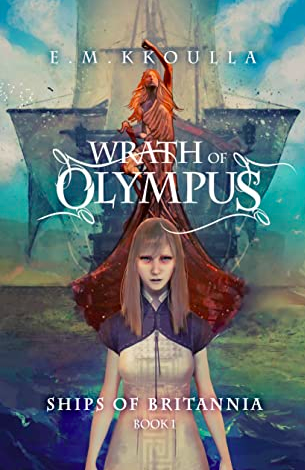 Publication Date: 8th December 2020
Publisher: PublishNation
Page Length: 243 Pages
Genre: Alternative History / Mythology
The Roman Empire never fell. The Gods are real. Ships are alive.In the Province of Britannia, ruled by descendants of King Arthur and on the brink of an industrial revolution, young Maia Abella is on the run. 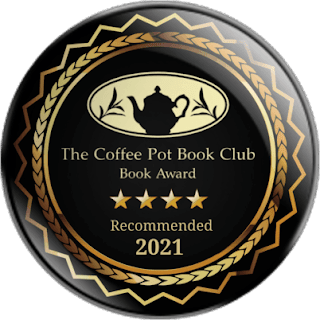 “What she had taken for a table was beginning to ripple, vast eddies surging through the wood and twisting the grain as, slowly and majestically, two heads emerged; Ships travelling through the substance of the building as fish through the sea, their essence reforming using the great slab of ancient oak as their medium.”

Wrath of Olympus by E.M. Kkoulla is the story of Maia Abella. Abandoned at a Foundling Home when she was just a baby, Maia is an indentured servant, trapped in a life where she is all but a slave, be it without the life sentence. Maia's mistress is cruel and often mistreats her servants. Maia has to endure another two-and-a-half years of servitude until she is free to choose her own destiny. However, when, by some unknown force, Maia’s mistress is killed, Maia’s life is changed forever.

This novel is set in 2044. The Roman Empire never fell and is still in control. This alternative history world is where the ancient gods run supreme and mythical creatures still exist. At the death of Maia’s mistress, she is tested by Master Mage Raven, to see if she possesses any Potentia—the magic that comes alongside having Divine blood. But it is clear to Maia that she cannot possibly be the descendent of a god, for what parents would abandon a child of Divine blood? Regardless of her heritage, she takes on the role of learning to become a Ship. This is a great honour, for the amount of people suitable for the job is falling rapidly. To become a Ship would be the greatest sacrifice—to abandon one’s body and take the form of wood instead, sailing the seas and looking after the boat and crew. Becoming a Ship is a great honour, but is it really what Maia wants?

Maia is an incredibly strong protagonist who endures everything that is thrown her way. She battles life, her enemies, and embraces the lot she has been given with open arms. Her lack of Potentia may always be on her mind as she learns all she needs to know to be a Ship, as she trains to carry out the tasks required, but it doesn’t hold her back. Instead, she sails through her lessons with ease, an eidetic memory allowing her to remember every detail she is told, every word that she reads. She is an incredibly kind and loyal girl, who loves fiercely, willing to do anything, sacrifice anything, to save those she loves. Maia is someone that one can really get behind and support, for she is a convincing and loveable character, who is affected by things that happen to her but somehow finds the strength within to pick herself up and carry on.

This novel’s setting was captivating and interesting, set in Portus (Portsmouth) in a Roman society, where the Pendragons occupy high social positions. Admiral Pendragon makes an appearance during a ceremony, and several other such names are easy to pick out as you read, giving a sense of the historical differences between our world and the one that has been penned. With such a visual and sense of realism of the world that Kkoulla has created, one can get lost in the pages as easily as one can go adrift at sea, resurfacing only when you have read the whole story.

Maia is not alone in her journey, meeting people along the way that help her to survive, thrive and reach her full potential. One of these is Briseis Apollonia, another candidate at the Academy. Although ahead of Maia in her studies, Briseis is kind, an immediate friend to Maia, and helps her come to terms with the lifestyle that is so very different to the one Maia is used to.

Branwen, Maia’s servant at the Academy, is met with shocked disbelief. Maia is a girl used to being treated like a slave, working long hours and enduring mistreatment. So when she is suddenly thrust into a world of respect, with her own personal possessions and a servant to run her a bath in the evenings, she is understandably unsettled. Her pure joy at discovering she had a comb of her own was heartbreakingly beautiful to read about, and it was upsetting to learn of how afraid she was of being kicked out of the Academy and her meagre possessions taken from her when they found out that she had no Potentia.

After learning the history about being Ships, and all the relevant information in a classroom, Maia’s next challenge is to take that information and the lessons and put them into practice, learning alongside a fully-fledged Ship to get used to the duties of being a Ship and learning how to carry them out effectively. The Blossom is a Ship that has spent a long time training new Ships, and she is a wonderful teacher. Blossom is an interesting character, for as a Ship she has no physical body, but can move throughout the boat, travelling through the wood and appearing where she wishes. It was glorious to read about a boat where the Captain is not in charge, but commands alongside a Ship, with the crew belonging to the Ship and not to the Captain. This importance of women, or in particular, one woman, upon a boat, was an impressive detail that I found incredibly refreshing.

It is evident from the impressive narrative and in-depth detail this novel possesses that Kkoulla has spent many hours researching the history and weaving it into a world of her own. However, there were some times when I found myself lost, in need of more explanation to clarify some important aspects of this story. For example, the role of Ships, moreover, what they are and their roles in society, was not explained as thoroughly as I would have liked. Instead, small details were scattered through the novel, as if creating the image a piece at a time. By the end, I thoroughly understood what they were and why they were regarded with such importance and respect, but I would have preferred some more explanation to begin with, to avoid any confusion.

Wrath of Olympus by E.M. Kkoulla is a story of adventure, danger and friendship, and it was one that was intriguing from start to finish. Kkoulla has a skill for bringing a world to life and has a great eye for the human detail and especially, human fragility. This novel is immensely readable and a wonderful depiction of the importance of the gods in a Roman world and the incredible power that they held. 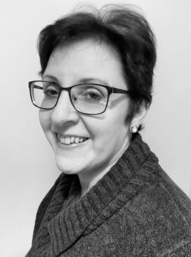 E. M. Kkoulla lives with her husband and two feline overlords in the Calder Valley, West Yorkshire. After many years of teaching very small children, she decided to finally put her degree in Classical Studies, along with decades of re-enacting 16th and 17th century life, to constructive use. Her hobbies include singing in various choirs, walking in the hills and watching anything with gods, superheroes and monsters trashing the landscape. 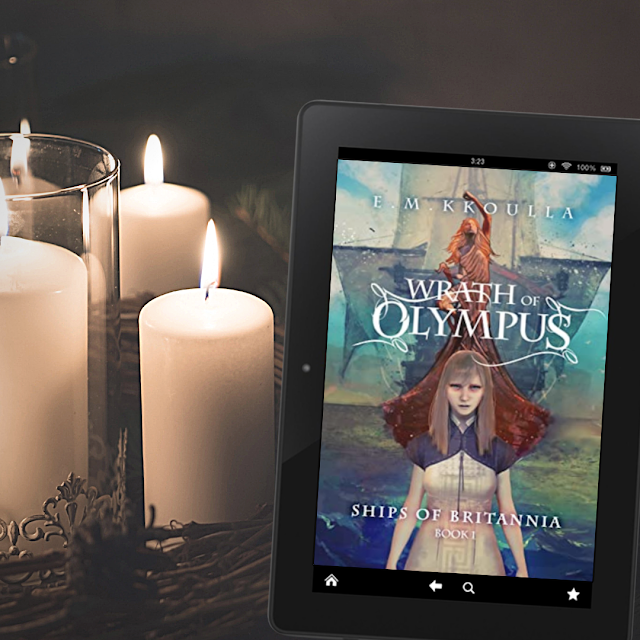