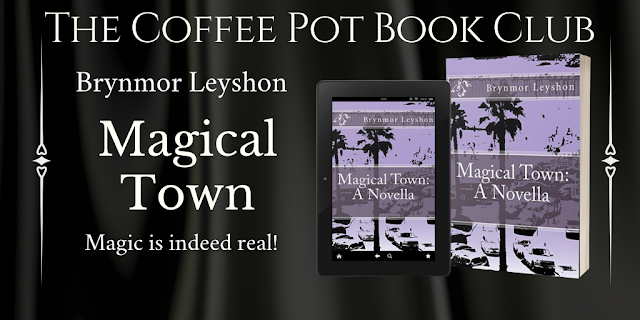 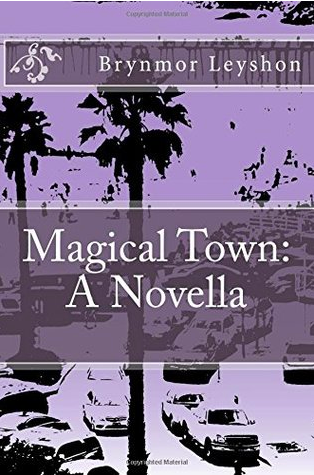 Publication Date: 24th August 2015
Publisher: Independently Published
Page Length: 124 Pages
Genre: Political Comedy
A retired history professor. A physicist working secretly underground. And a town. A town so changed for the more extraordinary, it cannot be put into words.
I am Professor Donovan and I have written this true account of what happened when I travelled to Lowestoft to write a book about witchcraft.
Magic is indeed real!

Chapter 1
Far, far away, in the depths of a place called East Anglia, where nothing much happens, and not much has happened, lies a town. This town, quite with the spirit of the region, has not been host to many extraordinary events. Yet it is in this town that the story starts and ends! It is in this town that the extraordinary became the norm, albeit for a week or so. Nonetheless, it is this town which is now remembered as Magical Town!
A quiet fishing village, in the years prior to The Great Flood of 1953… Lowestoft, or Magical Town, was, and is host, to the varied characters of Great Britain. It had and has its billionaires, its benefit seekers and everything in between. It’s not so hard to believe then, that these clashes of character added a certain element to the story I’m about to tell you. The story I’m about to tell you is one in which foes clashed fiercely. In which benefit seekers had magical powers. And in which magic was finally studied and proven to be an electromagnetic source of energy with far reaching and practical properties, which we have now learnt to harness. Above all, the story I’m about to tell you is one I did indeed experience and wrote entirely from cold hard facts and wit. With the prelude aside we can now begin our story on a Tuesday morning on the High Street of the soon to be known as… Magical Town.
Mrs Clark was an old age pensioner and had never been better. A retired bank clerk, she was now enjoying her wonderful state pension at the expense of the current taxpayer. Not that Mrs Clark cared. She’d done fifty odd years of counting money and handing it to people. It was only fair that she got something in return. She’d had children. Her children had had children. She’d been and still went on family holidays. She’d worked hard. She’d truly been happy and had achieved a lot in her life. Now it was time to turn her attention to those who were just starting theirs.
In the envelope she was carrying was a birthday card made out to Mark, and ten pounds sterling. Her grandson would be delighted with the gift of money. Everyone always was. She made her way up the High Street quickly, posted the letter, and noticing it was almost collection time, exclaimed a sigh of happiness as it fell to the bottom of the red post box.
Several metres away, a young gentleman wearing sports clothing and a baseball cap approached another young gentleman, who was dressed similarly... in fact… almost identically. After a quick upward jerk of the head they both exchanged something between them and walked off in opposite directions with no further altercations.
Mrs Clark glanced at them, shook her head, and then made her way back down the High Street. Mrs Clark was well aware of what they were up to and had called the police on several occasions when these abandoned youth had caused her problems. The last time she’d rung them was when they’d stolen her pint of milk from her doorstep in broad daylight and said, “It’s poisoned, innit.”
Mrs Clark shook the youth commonly known as Roachman out of her head and carried on home.

Amazon UK • Amazon US
Read for FREE with #KindleUnlimited subscription.

Brynmor Leyshon is an actor, author, screenwriter and musician. He lives in South Wales and is a keen runner and avid reader. Magical Town is his debut book.
Connect with Brynmor:
Twitter • Instagram 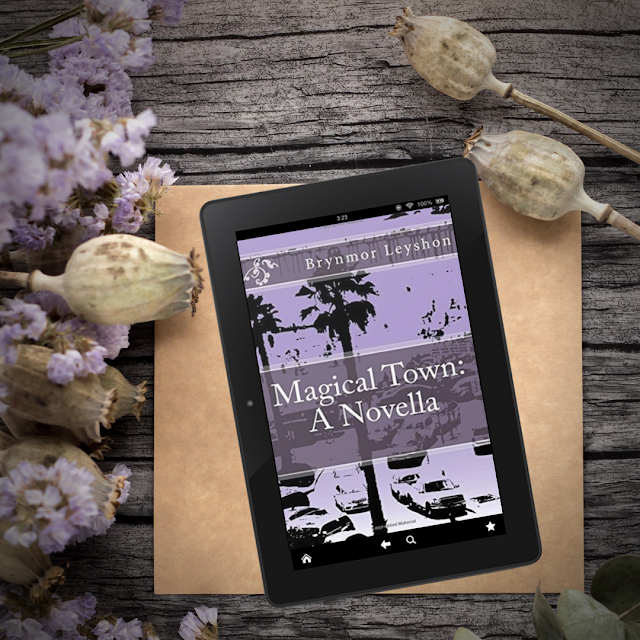