#BookReview - Landscape of a Marriage by Gail Ward Olmsted @gwolmsted 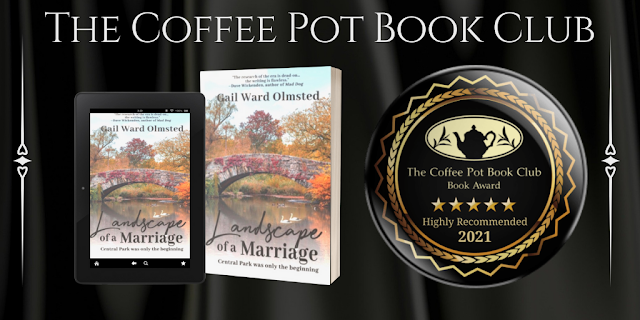 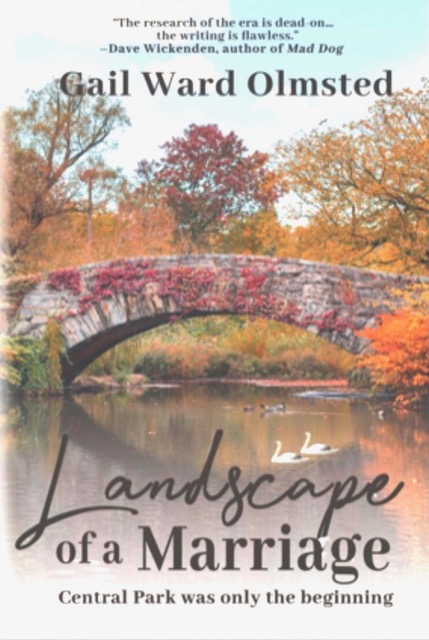 Publication Date: July 29, 2021
Publisher: Black Rose Writing
Page Length: 314 Pages
Genre: Historical Fiction
A marriage of convenience leads to a life of passion and purpose. A shared vision transforms the American landscape forever.
New York, 1858: Mary, a young widow with three children, agrees to marry her brother-in-law Frederick Law Olmsted, who is acting on his late brother’s deathbed plea to "not let Mary suffer”. But she craves more than a marriage of convenience and sets out to win her husband’s love. Beginning with Central Park in New York City, Mary joins Fred on his quest to create a 'beating green heart' in the center of every urban space.
Over the next 40 years, Fred is inspired to create dozens of city parks, private estates and public spaces with Mary at his side. Based upon real people and true events, this is the story of Mary’s journey and personal growth and the challenges inherent in loving a brilliant and ambitious man.

“It was a veritable swamp: rocky, filthy, smelly and rife with both pigsties and slaughterhouses. It was a sows ear and Fred and his partner, a British architect named Calvert Vaux, were expected to turn it into a silk purse. John and I had shared a private laugh about ‘Fred’s Folly’, as we called the park project, wondering if he would ever complete the herculean task.”
Widowed and alone with three young children, Mary Perkins Olmsted seemingly has few options left. Thankfully, her father-in-law sends her enough money to travel back to the States, however, there is no certainty ahead of her, no house waiting and no job putting money in the bank or food on the table. In desperation, Mary turns to her brother-in-law, Fred, for help.
Fred, a man wedded to his work, ensures Mary and her children are safe and secure. Somehow, along the way, a relationship between Mary and Fred begins to blossom. Fred willingly steps into his late brother’s role. Their reunion may be born of convenience, but the love that grew was real, strong, and beautiful.
Landscape of a Marriage (Central Park Was Only the Beginning) by Gail Ward Olmsted is a historical fiction masterpiece.
Mary and Fred’s relationship is wonderfully depicted. Their relationship develops in the same manner as Fred’s parks — where there is nothing, there is now beauty and life. Their affection grows alongside the flowers and trees in the parks. However, their relationship isn’t without its ups and downs. Fred throws himself into his work and spends long periods away from home. With such devotion to his work, Fred’s family are sometimes pushed aside and placed at a lower priority, which means Mary is left to figure things out by herself, looking after her children by herself and trying to convince Fred to come home in the evenings, rather than taking the convenient path and sleeping in his office. Mary’s patience and love shines through, although it is easy to feel sympathetic towards her — she is desperate for love and someone to listen to her, but in her relationship, she is the one who gives, rather than the one who takes. She listens to Fred talk with enthusiasm about the parks, and complain about people getting in his way, and yet Fred has to be reminded to pay attention to her. While Fred tries his best, it is very clear that he is not the same man as his brother was.
The history that is woven into this book is done so intricately and commendably. The creation of the parks that Fred designs and develops is described with a keen knowledge of the era and Fred’s life. This novel does not limit itself to just Fred’s parks as the historical backdrop, however, and Fred’s reading of the newspaper in the mornings provides more information about the era and fleshes out the story in such a way that, as a reader, you are almost living the story. With the mention of the Devil in the White City, including the horrors of his crimes and his capture, and of Gustave Eiffel, the engineer credited with designing the Eiffel Tower; the author has captured the very essence of the period. This is not just a story about the Olmsted family, it is so much more than that.
The growth of the Olmsted family is one of both pure joy and devastation. While Fred had adopted his late brother’s children, having a child of his own was different. He loved the children that he had taken in, but he adored those that were biologically his. However, misfortune hung over the house, and Mary’s spirit takes blow after blow as she loses those she loves so desperately. Losing a husband is one thing, but losing a child? The death of those Mary loves affects not only her, but the reader as well. This novel is a real tear-jerker.
There are some incredibly important themes covered in this book, with situations that may have improved with time, but are still relevant. Fred is well-known, and a sought after architect, yet Mary is hidden away in the background. In both her lifetime and in history, Mary’s importance and involvement in Fred’s ability to create beauty from nothing was pushed aside. As a woman, despite her necessity to the business, she is regarded as less important, and while Fred does not keep things from her, or treat her as inferior, the outside world sees her as such. With the suffrage movement in New York and the rise in the importance of women’s rights, the female characters shine through, and it becomes very clear that, without the women, the men in this novel could not succeed in the way that they do.
Landscape of a Marriage (Central Park Was Only the Beginning) by Gail Ward Olmsted tells an evocative story of an incredible woman. Mary fights her way forwards, through loss and pain, to enjoy the moments of happiness and contentment, and her story is truly inspiring, and one that has been commemorated in this novel.
I Highly Recommend
Review by Ellie Yarde
The Coffee Pot Book Club 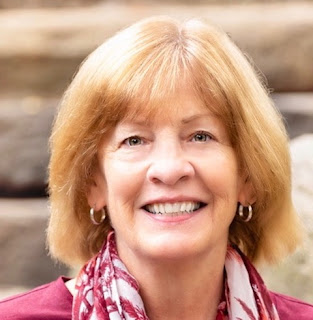 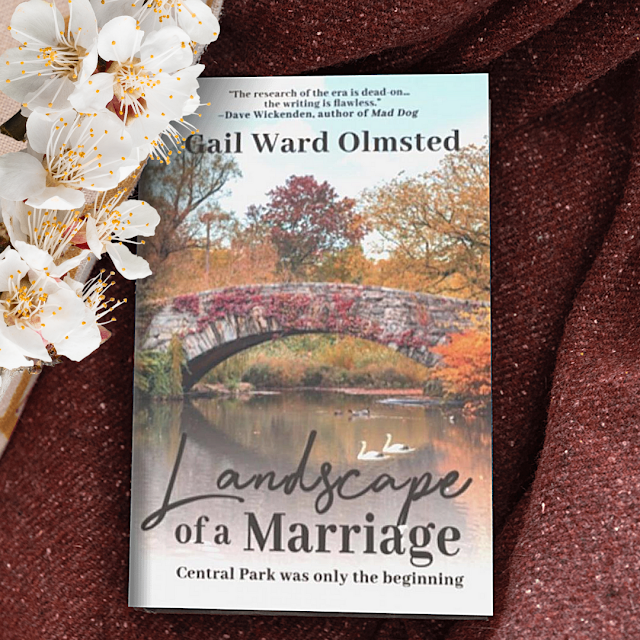