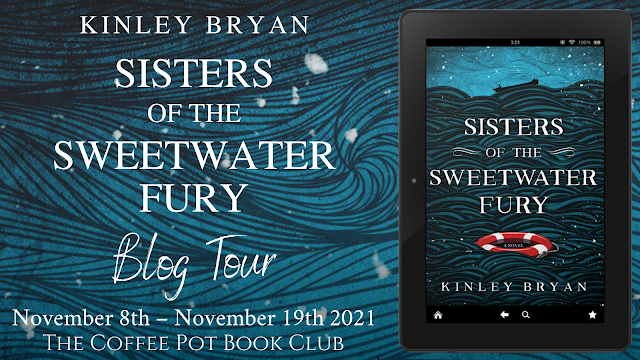 Sisters of the Sweetwater Fury
By Kinley Bryan 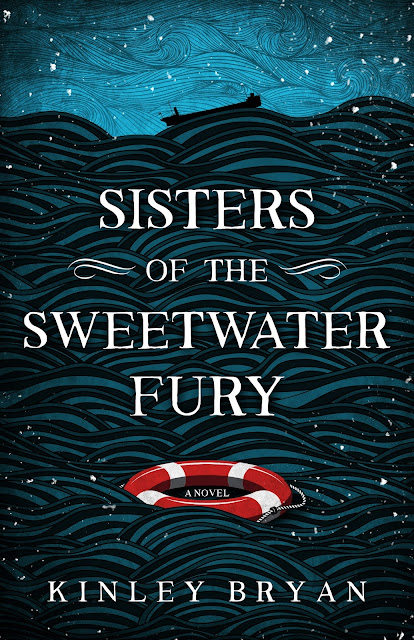 Publication Date: 12th October 2021
Publisher: Blue Mug Press
Genre: Historical Fiction
Three sisters. Two Great Lakes. One furious storm.
Based on actual events...
It's 1913 and Great Lakes galley cook Sunny Colvin has her hands full feeding a freighter crew seven days a week, nine months a year. She also has a dream—to open a restaurant back home—but knows she'd never convince her husband, the steward, to leave the seafaring life he loves.
In Sunny’s Lake Huron hometown, her sister Agnes Inby mourns her husband, a U.S. Life-Saving Serviceman who died in an accident she believes she could have prevented. Burdened with regret and longing for more than her job at the dry goods store, she looks for comfort in a secret infatuation.
Two hundred miles away in Cleveland, youngest sister Cordelia Blythe has pinned her hopes for adventure on her marriage to a lake freighter captain. Finding herself alone and restless in her new town, she joins him on the season’s last trip up the lakes.
On November 8, 1913, a deadly storm descends on the Great Lakes, bringing hurricane-force winds, whiteout blizzard conditions, and mountainous thirty-five-foot waves that last for days. Amidst the chaos, the women are offered a glimpse of the clarity they seek, if only they dare to perceive it.

Cordelia and the crew of the Marguerite had been waiting almost twenty-four hours since dropping anchor Saturday night. They were far from alone. The twenty-five-mile-wide Whitefish Bay was dotted with anchored ships, an argosy sandwiched between gray flannel sky and dark choppy water. The snow fell and the wind gusted near forty miles an hour, and because whatever lay beyond the Whitefish Point Lighthouse was surely worse, they had waited. Most storms blew themselves out in three days, and so by Sunday afternoon Edmund expected the weather to improve at any moment. He was intent on leaving the bay for the open water of Lake Superior before nightfall.

So that the officers would be ready as soon as there was a break in the weather he had requested an early supper. The steward served beef hash and creamed carrots in the officers’ dining room. Edmund ate quickly, his mood soured. This trip had taken on an element of desperation; clearly he was anxious to avoid yet another late arrival. Cordelia had given up any pretense that this was a honeymoon, a chance to get to know her husband better. This was her husband’s job. His work was difficult to begin with, and the storm made it immeasurably harder. Edmund, never effusive, had no time for long conversations with his new wife.

It was her fault. Despite never having set foot on a straight decker, she’d assumed Great Lakes sailing, even on a bulk freighter in early November, would be a romantic endeavor. The daughter of a life-saving station keeper ought to know better! And now she found herself in a dark, vast bay at the eastern tip of the continent’s largest body of freshwater, waiting for a storm to end.

As they left the dining room at the ship’s stern, Edmund looked to the sky. Somewhere beyond the heavy cloud cover the sun was setting. The snowfall had ceased at last, the winds lessened. The storm’s worst had passed, he said, and it was time to leave Whitefish Bay. The snow had already put him a day behind schedule, and the owners wouldn’t be happy about that.

Cordelia was eager to cross Lake Superior, too, if only to hasten the trip’s end. She couldn’t rid her mind of those iced-over ships locking down at the Soo in a ghostly procession. She shivered despite her overcoat and gloves, despite Edmund’s arm around her as she held the lifeline. The gray sky darkened to charcoal, and the other waiting ships’ lights grew more distinct, points of yellow-white scattered across the bay.

In watching that expanse of dark water stippled with whitecaps, it wasn’t hard to imagine a fantastical sea creature like Mishipeshu rising up and thrashing ships with its gigantic tail. She’d read too many novels, as her mother would say, and they’d poisoned her mind. Be that as it may, Cordelia found a penny in her coat pocket and tossed it furtively into the water, an offering to the copper-loving Great Lynx. 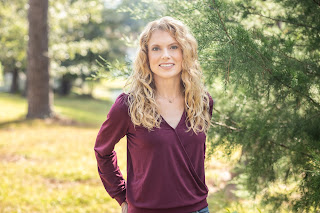 Kinley Bryan is an Ohio native who counts numerous Great Lakes captains among her ancestors. Her great-grandfather Walter Stalker was captain of the four-masted schooner Golden Age, the largest sailing vessel in the world when it launched in 1883. Kinley’s love for the inland seas swelled during the years she spent in an old cottage on Lake Erie. She now lives with her husband and children on the Atlantic Coast, where she prefers not to lose sight of the shore. Sisters of the Sweetwater Fury is her first novel. 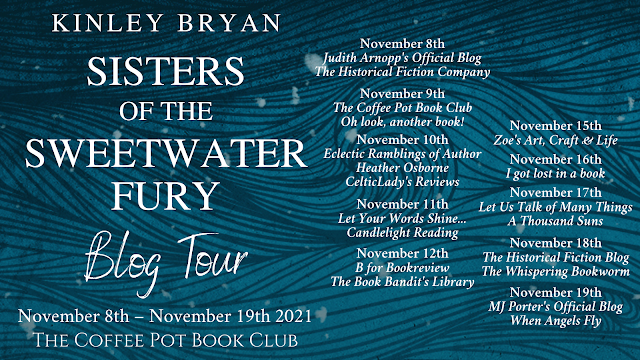