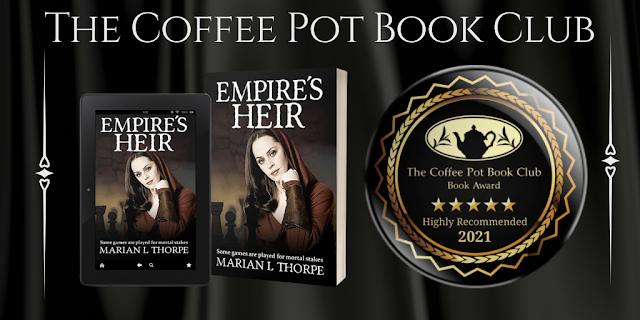 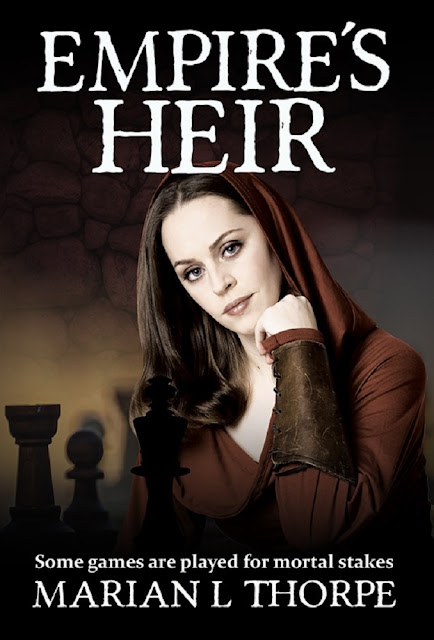 Publication Date: August 30th 2021
Publisher: Arboretum Press
Page Length: 458 Pages
Genre: Historical Fantasy
Some games are played for mortal stakes.
Gwenna, heir to Ésparias, is summoned by the Empress of Casil to compete for the hand of her son. Offered power and influence far beyond what her own small land can give her, Gwenna’s strategy seems clear – except she loves someone else.
Nineteen years earlier, the Empress outplayed Cillian in diplomacy and intrigue. Alone, his only living daughter has little chance to counter the Empress's experience and skill. Aging and torn by grief and worry, Cillian insists on accompanying Gwenna to Casil.
Risking a charge of treason, faced with a choice he does not want to make, Cillian must convince Gwenna her future is more important than his – while Gwenna plans her moves to keep her father safe. Both are playing a dangerous game. Which one will concede – or sacrifice?

“As an adult, as the heir, you can choose to agree with my thinking, or not. If you decide not, you will have information that could destroy many people. An extraordinary power, Gwenna, and one that will affect not just others’ lives, but yours. I will ask a promise of you, a vow, when you are adult, that you will never use what you learn to hurt anyone.”
It would not take much for Ésparias, Varsland and Linrathe to once again rage war on each other, and that was the last thing that Gwenna wanted. All the sacrifice, all the suffering that her family had gone through would be for nought. But it was a difficult balance to keep the alliance together, for each eyed what the other had hungrily. Gwenna knew that for the alliance to work, then they would need trade deals and treaties. And if all else failed, a marriage to unite the kingdoms may save them all from a bloody conflict—although it would not be possible for Gwenna to wed a prince of Varsland and Linrathe at the same time. It would be a difficult decision, but Gwenna is determined that what happened in her parent’s lifetime will not happen again. She wants peace, and she is determined to do everything within her power to keep the kingdoms from each other’s throats.
Marian L Thorpe has done it again. She has given her readers another enthralling instalment of the Empire’s Legacy series. Empire’s Heir (Empire’s Legacy, Book 6) was everything I had hoped it would be and then some.
With a realistic historical fantasy backdrop and a narrative that entices, enchants and enthrals, Empire’s Heir has an awful lot to recommend it. There is an authenticity to the atmospheric backdrop which makes the world that Thorpe has created come to life. This vividness, this sense of realism, draws the reader into the story. The writing is phenomenal and the story shines with its own light of brilliance. This novel is next to impossible to put down. This is the kind of book that one would happily forgo sleep to finish.
There are so many wonderful characters in this series, but this story is told through the narrative of two of them - a father and his daughter. I thought this gave the story a depth that there just would not have been if it had been told from a single perspective.
Gwenna was a character that really came into her own in this novel. Her extensive education and the steady guidance and influence of her parents and Lord Sorley meant that, despite her age, she is a confident negotiator and has a keen understanding of trade and how it works, and more importantly, how it can work well so everyone’s interests and concerns are addressed. She understands tariffs and economics, and how to negotiate complicated trade details. Her extensive knowledge holds her in good stead and means that she comes as, not just an equal, but someone with authority to the table.
Gwenna’s relationship with Lynthe is thwart with difficulties and obstacles to overcome. In one way, their relationship mirrors that of Gwenna’s father and Lord Sorley. And like her father, Gwenna must weigh up all the options. Peace was only achievable after a long and bloody campaign, but now peace is once again hanging in the balance. Gwenna is duty-bound to marry with the hope of keeping the alliance together. There is no room for love between Gwenna and Lynthe in such a politically unstable world. But the irony of this is that the Empire's Legacy series is, when it comes down to it, a desperate and unforgettable sweeping love story. Gwenna has grown up in a home where there is a collective and very passionate love shared between four people. This love has, in a way, made Gwenna wary. Also, and despite how she may feel and what her heart truly wants, Gwenna must look at the bigger picture. The Empress is powerful and has the means to condemn to death those who she might consider traitorous. There is, therefore, an uncomfortable undercurrent that runs through this novel, that the Empress will, if she is displeased, release her fury, and that is something that Gwenna can not allow to happen. Gwenna is therefore trapped, and the city's high defence walls begin to take on a more significant and sinister role. Whatever she decides, someone, somewhere, is going to suffer the consequences of her actions. I thought Gwenna’s depiction was utterly sublime. Her character drove this story forward.
Although many of the actions and decisions throughout this novel are male-dominated, the women in this story can also wield a great deal of power and influence. Gwenna knows that to be an empress and to be respected and treated with the same reverence an emperor would receive, would be an uphill battle. The easy option would be to forget her own wishes, and marry a prince, although that too would have implications on the peace between the nations. However, Lena reminds her daughter that she must take into consideration her own feelings and she must do what is right for her.
Lena is a very strong woman and has been throughout this series. And although in this novel Lena has suffered, as they all have, a terrible loss, there is still that sharpened edge of determination to make sure that her daughter understands exactly what is at stake. I adored Lena from Book 1 and I continued to love her in this novel.
Although this book could stand on its own, I would think you would be giving the story a grave disservice if you did not start with Book 1. This is the kind of series that deserves not only a place on your bookshelf, but also your heart. It is an impressively dramatic series and one that I cannot praise enough.
I Highly Recommend.
Review by Mary Anne Yarde
The Coffee Pot Book Club 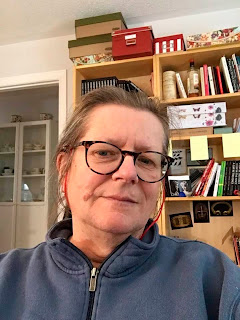 My books are historical fiction of an imagined world, one that is close to Britain, Northern Europe, and Rome, but isn't any of them. A world where a society evolved differently after the Eastern Empire left, where one young fisherwoman answers her leader's call to defend her country, beginning a journey into uncharted territory, in an Empire on the edge of history.
The first trilogy in Empire’s Legacy was awarded the Silver Medal for Historical Fantasy (Box Set) by the Coffee Pot Book Club in 2019, with its third title, Empire’s Exile, winning the Gold Medal for Historical Fantasy as well. In 2020, Empire’s Reckoning joined it with its own Gold Medal for Historical Fantasy. Empire’s Daughter, Book I, was a finalist in the 2020 Eric Hoffer Book Awards. Empire’s Heir is the sixth title in the Empire’s Legacy series, with two more books planned.
Social Media Links:
Website • Twitter • Facebook • Amazon Author Page • Goodreads 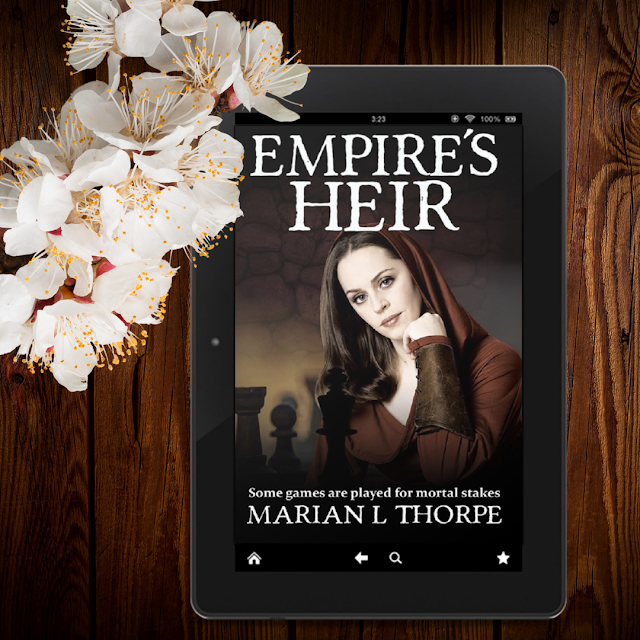