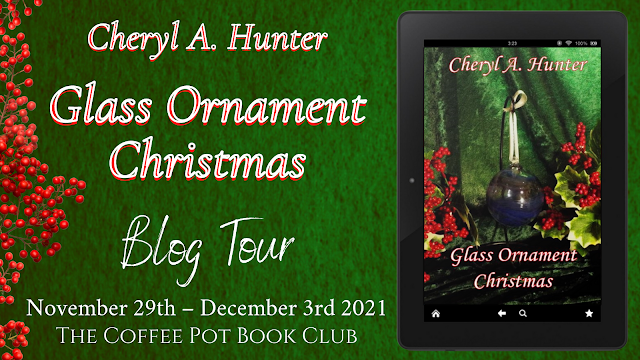 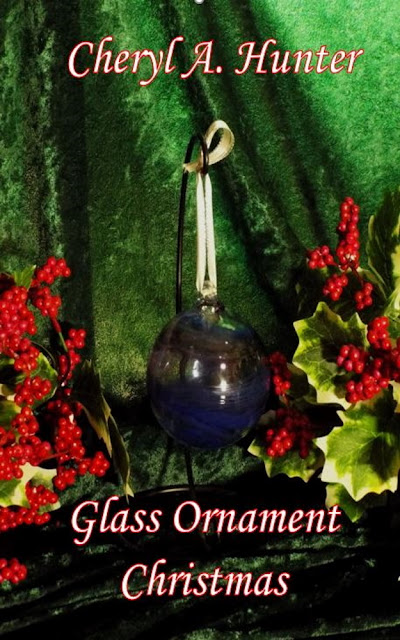 Publication Date: 23rd August 2021
Publisher: Grand Owl Publishing
Page Length: 238 Pages
Genre: Historical Fiction
This year, Christmastide will be extra special for glass blower Shayla Toselli who lives in Canterbury Corner, England. The town square will have its first electrically lit tree, and she has been commissioned to create delicate glass ornaments for the new Duke’s Christmas Eve ball. One morning, the Duke’s youngest brother, Adam Preston, finds himself in the Toselli glass factory. He is fascinated with glass blowing and with Shayla. The temperature in the workshop heats up in more ways than one as the unlikely pair work together in the days leading up to the ball. This will certainly be a Christmastide to remember.

“Captain, Shayla tells me that you are learning the glass craft quickly,” Aunt Margaret said with a smile.
“It is entirely due to her excellent teaching,” he replied with a nod and smile to Shayla that made her heart flutter.
“He learns quickly,” Shayla praised him.
Adam watched as she cut the meat on her plate. He knew her hands were strong, and he wanted to feel those hands pull him close. He closed his eyes for a moment. He needed to keep his mind off such thoughts. He took a large drink of wine to steady himself.
Dinner was a combination of discussion and a great quantity of food, and when they adjourned to the parlor, Shayla relaxed and found herself engaged in conversation with Adam. “Tell me about your first time blowing glass,” he asked her.
Shayla rolled up her sleeve. “See this?” She held out her arm for him to inspect. Adam looked closely and saw a small but distinct scar.
He looked up into her eyes. He hated to see anything mar her skin. Skin that was soft and fragrant. The scent of flowers surrounded her. He leaned down and kissed the scar. He knew his actions would not go unnoticed. Shayla shuttered at his touch which he also knew would be noticed. Why was he being so bold? He wanted Shayla. They knew each other only a short time, but Adam felt so comfortable with her, with the entire Toselli family because they were warm and welcoming. “So, tell me what happened?”
“Everyone was taking a break. I had watched them work so many times that I thought I knew what I was doing. So, I opened the furnace and dipped in the pipe. I blew a small bubble. Nothing big really, but I was thrilled. I detached it from the pipe and reached in the oven to set it on a self and accidently touched my arm to another piece.”
Hal had walked over unnoticed. “And boy did she scream,” he laughed, and Shayla was startled to see him standing beside her. “We realized it was time to teach her the craft. The next day, we got her small gloves and began training her. She learned quickly too.”
Aunt Margaret and Uncle James stood up. “I am afraid we must retire early tonight,” she said. “Henry, thank you for a wonderful evening.” She kissed Henry’s cheek, and he returned the kiss. Hal walked over and kissed her cheek. Shayla embraced her aunt and uncle. Adam watched their exchange. His family was always properly formal when they were out in public or had guests at the estate. He liked the open and warm affection Shayla’s family showed one another whether it was at home or in the shop.
Adam stood up and kissed Margaret’s hand. “It was a pleasure meeting you, Mrs. Oliver.” He shook hands with James and then held his arm out for Shayla, and they walked out of the parlor. They said their goodbyes, and Aunt Margaret smiled at them which made Shayla flustered under her stare.
Not having a butler, Henry opened the door. “It is snowing,” he called back to the others as Margaret and James stepped out the door.
“It is?” She looked out the door. A very light snow was falling. “I love snow!” Shayla sounded excited.
“Would you like to take a walk?” Adam asked.
“I would. I will get my coat.” She rushed up the stairs. 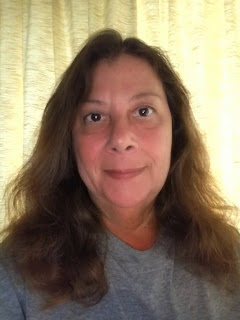 Cheryl A. Hunter is an author and artist. Her books span multiple genres including historical fiction, contemporary fiction, paranormal fantasy, and nonfiction. Cheryl is also an artist who works in glass, ink and watercolor, and photography. When she is not writing, taking pictures, or creating glass art, she loves to travel. Her interest in Ancient Greek and Roman cultures has taken her to many Archeological sites and museums in several countries. 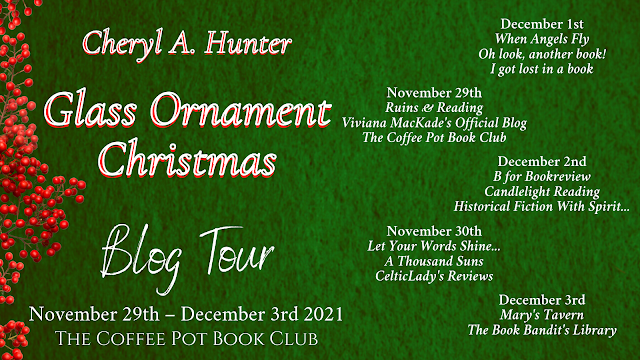