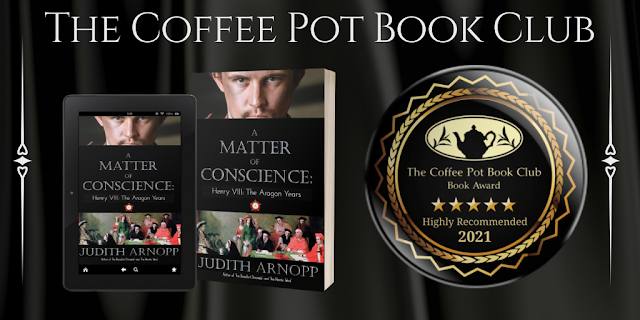 A Matter of Conscience: Henry VIII, The Aragon Years
By Judith Arnopp 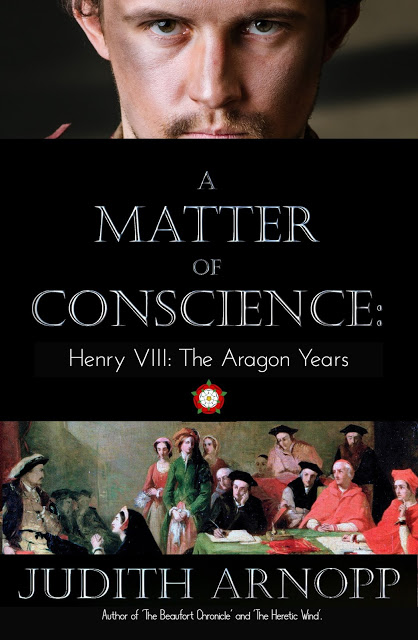 Publication Date: 25th February 2021
Publisher: Independently Published
Page Length: 343 Pages
Genre: Historical Fiction
‘A king must have sons: strong, healthy sons to rule after him.’
On the unexpected death of Arthur Tudor, Prince of Wales his brother, Henry, becomes heir to the throne of England. The intensive education that follows offers Henry a model for future excellence; a model that he is doomed to fail.
On his accession, he chooses his brother’s widow, Caterina of Aragon, to be his queen. Together they plan to reinstate the glory of days of old and fill the royal nursery with boys.
But when their first-born son dies at just a few months old, and subsequent babies are born dead or perish in the womb, the king’s golden dreams are tarnished
Christendom mocks the virile prince. Caterina’s fertile years are ending yet all he has is one useless living daughter, and a baseborn son.
He needs a solution but stubborn to the end, Caterina refuses to step aside.
As their relationship founders his eye is caught by a woman newly arrived from the French court. Her name is Anne Boleyn.
A Matter of Conscience: The Aragon Years offers a unique first-person account of the ‘monster’ we love to hate and reveals a man on the edge; an amiable man made dangerous by his own impossible expectation.

A lifelong history enthusiast and avid reader, Judith holds a BA in English/Creative writing and an MA in Medieval Studies. She lives on the coast of West Wales where she writes both fiction and non-fiction based in the Medieval and Tudor period. Her main focus is on the perspective of historical women but more recently is writing from the perspective of Henry VIII himself. Her novels include: A Matter of Conscience: Henry VIII, the Aragon Years The Heretic Wind: the life of Mary Tudor, Queen of England Sisters of Arden: on the Pilgrimage of Grace The Beaufort Bride: Book one of The Beaufort Chronicle The Beaufort Woman: Book two of The Beaufort Chronicle The King’s Mother: Book three of The Beaufort Chronicle The Winchester Goose: at the Court of Henry VIII A Song of Sixpence: the story of Elizabeth of York Intractable Heart: the story of Katheryn Parr The Kiss of the Concubine: a story of Anne Boleyn The Song of Heledd The Forest Dwellers Peaceweaver Judith is also a founder member of a re-enactment group called The Fyne Companye of Cambria and makes historical garments both for the group and others. She is not professionally trained but through trial, error and determination has learned how to make authentic looking, if not strictly HA, clothing. Social Media Links: Website • Blog • Twitter • Instagram • Amazon 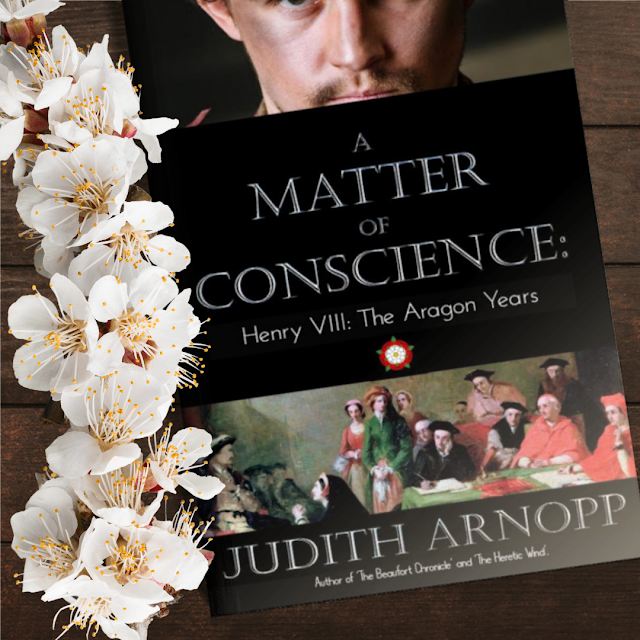