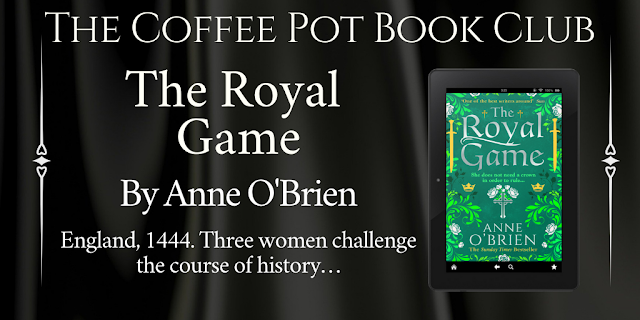 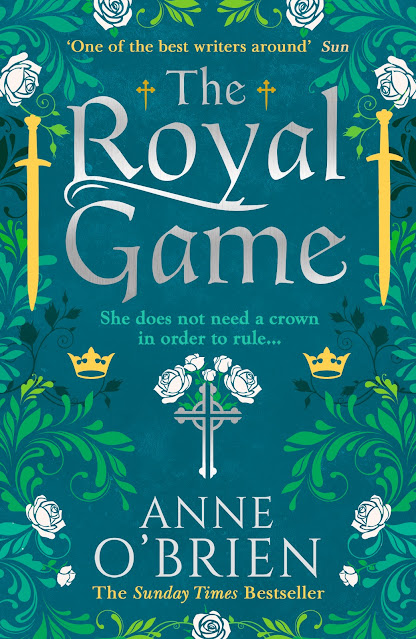 Three women play their role in the course of history…

King Henry VI’s grip on the crown hangs by a thread as the Wars of the Roses start to tear England apart. And from the ashes of war, the House of Paston begins its rise to power.

Led by three visionary women, the Pastons are a family from humble peasant beginnings who rely upon cunning, raw ambition, and good fortune in order to survive.

Their ability to plot and scheme sees them overcome imprisonment, violence and betrayal, to eventually secure for their family a castle and a place at the heart of the Yorkist Court. But success breeds jealousy and brings them dangerous enemies…

An intriguing story of courage and resilience, The Royal Game, charts the rise of three remarkable women from obscurity to the very heart of Court politics and intrigue.

The vicious crash was the first signal that the ram was being applied. And again. The whole house shook. And again, followed by the crack of wood and a victorious cheer and the hacking of axes against the doorframe. The clatter of feet as men rushed into my hall.  And then a hammering on the wood and plaster wall of my parlour where we had taken refuge with the door barred. Axes were still being swung with enthusiasm. They were going to break through the wall. A key in the lock and bolts on the doors would not keep them at bay. Dust and plaster fell in a shower on our heads, dislodged from the walls and ceiling.  A hole appeared in the wall. It grew bigger, the wooden laths shattered.
I could do nothing but push the children away towards the window and wait. I had challenged this man, the despicable Lord Moleyns, and here was the answer to my challenge. I sat in my chair beside the fireplace, as if I were the Queen herself waiting to welcome a foreign ambassador, and summoned all my courage. I watched the hole grow bigger with every blow, in horror at the lengths to which this man would go. He was destroying my house around me.  I wiped the dust from my face with my sleeve.
The breach in my wall was now large enough to allow a man to enter. And another. Then the captain of the force, with others behind him who proceeded to demolish the wall in its entirety.  Still I sat, the mistress of the house, even though it was falling down around my ears. Eliza stood with the children. We remained silent.
‘Mistress Paston.’ The captain bowed before me with empty courtesy, removing his salet and slapping the debris of plaster from his sleeves.
‘Well?’ I raised my chin. ‘By what right do you trespass on my property? By what right do you destroy my property?’
‘By the right of this, mistress.’ He raised his sword.
‘And will you use it against me?’
‘No need. I do not kill women – unless they stand in my way.’ His grin was feral. ‘You are to come with me, Mistress Paston.'
‘I will not. This is my home. I have the documents of legal tenancy. It will be common assault to remove me from my own hearth.’
‘I’ll not bother to deny it, mistress. I’m not here about legality. You are a nuisance. Documents or not, we are here to ensure that you leave Gresham. And since you refuse to walk from here on your own feet …’  He signalled to one of his men.  ‘Bring that woman and the children.’
Immediately two of his henchmen approached me, leering from ear to ear, enjoying my helplessness. One on either side. They lifted the chair with me in it as if it weighed nothing, and bore me out through the space where my wall had been.  I was breathless with shock, frozen with fear.  Here was no time for dignity. Here was no time for the good manners that had been bred into me since my childhood. Clenching my hands into fists, I belaboured my two gaolers on heads and shoulders, using all the force I could muster. I kicked out with my feet, too, delighting in the contact when one of the men hissed in pain.
To no avail.
‘Easy, mistress. You wouldn’t want to hurt yourself.’
I did not stop. I caught him a blow across his ear.
‘I’ll not be the one who is hurt!’
They laughed, pinned down my legs by simply wrapping my skirts around me and manoeuvred me out of my house into the garden where they set the seat down amidst the herbs and winter grass.
‘Now stay there and let us get on with this.'
Fury had replaced my initial fear, now that it was clear that they would not kill me.  ‘Send my children out to me,’ I demanded. Would they keep them as hostage for my good behaviour? But there they came, Eliza pushing the boys ahead of her, carrying the baby, her composure remarkable in the circumstances.
‘We do not wage war on children, mistress,’ the captain growled.  'Here’s the penalty for being a nuisance on the doorstep of my master.’
I stepped forward, unable to just let it happen, But Eliza grasped my wrist.  ‘Do nothing,’ she said. ‘To retaliate will only bring worse punishment down on your head.’
‘Excellent advice, mistress. Take it.’
I knew that Eliza spoke from bitter experience. Their patience with me might evaporate and my people might suffer if I resisted further. I nodded and she released me.  By now we had an audience from the village, agog to see what was amiss. Their silence surprised me. Many of them were my tenants but fear kept their mouths closed. There would be no help here.
Surrounded as we were by this hostile force, we were made to watch as they lavished destruction on the house that had been my home for so many months. The posts were cut so that the walls collapsed. All the chambers were entered, the contents rifled, the coffers borne out. All my possessions snatched away by Moleyns’s minions to be picked over and squandered. The house was uninhabitable when they had finished. I was without both clothes and household artefacts. All were gone, and there was nothing I could do but bear witness to this terrible destruction. I sank back onto the chair and noted every possession that was carried from the wreck of my home. So little time it took to make of me a beggar.
‘You have robbed me of everything.’
It was all I could say in the end, but inside I burned with a furious desire for revenge. 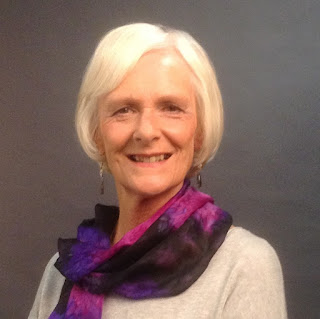 Sunday Times bestselling author Anne O’Brien was born in West Yorkshire. After gaining a BA Honours degree in History at the University of Manchester and an MA in Education at the University of Hull, she lived in East Yorkshire as a teacher of history.
Today her books centred on medieval English history are sold in the UK and internationally. She lives with her husband in an 18th century timber-framed cottage in the depths of the Welsh Marches in Herefordshire. The area provides endless inspiration for her novels about the forgotten women of history.
Connect with Anne:
Website • Facebook • Twitter
Posted by Mary Anne Yarde at 07:00