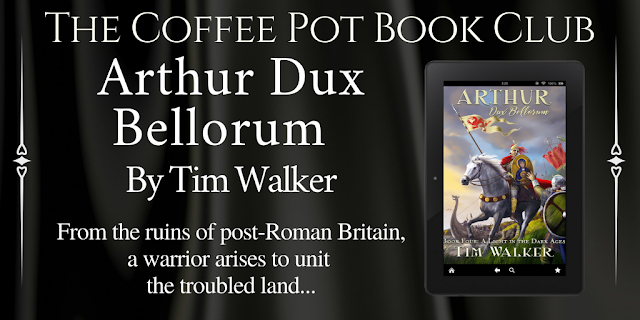 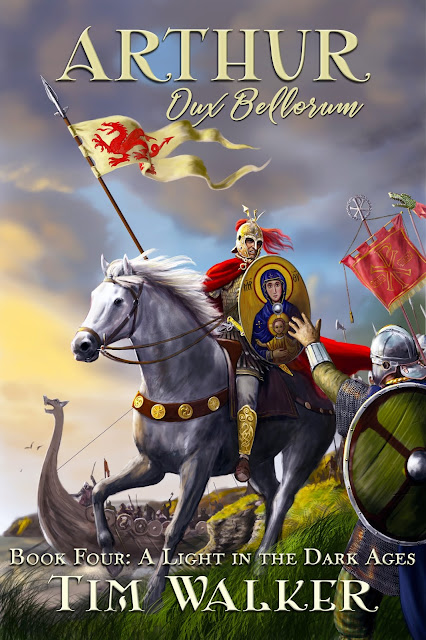 Publication Date: 19th February 2019
Publisher: Independently Published
Page Length: 215 Pages
Genre: Historical Fiction
FROM THE RUINS OF POST-ROMAN BRITAIN, A WARRIOR ARISES TO UNITE THE TROUBLED LAND
Britain in the late Fifth Century is a troubled place – riven with tribal infighting and beset by invaders in search of plunder and settlement. King Uther is dead, and his daughter, Morgana, seizes the crown for her infant son, Mordred. Merlyn’s attempt to present Arthur as the true son and heir of Uther is scorned, and the bewildered teenager finds himself in prison. Here our story begins…
Arthur finds friends in unexpected quarters and together they flee. Travelling through a fractured landscape of tribal conflict and suspicion, they attempt to stay one step ahead of their pursuers, whilst keeping a wary eye on Saxon invaders menacing the shoreline. Arthur’s reputation as a fearsome warrior grows as he learns the harsh lessons needed to survive and acquire the skills of a dux bellorum, a lord of war.
Tim Walker’s Arthur Dux Bellorum is a fresh look at the Arthurian legend, combining myth, history and gripping battle scenes. Although in a series, it can be read as a standalone novel.

MERLYN LED HIS gang through the streets of sleeping Venta, beneath the glow of a pale moon. He glanced about for any signs of movement before rounding a corner, where he came face-to-face with a large, growling dog, its bared teeth and arched back indicating a readiness to strike. He held an arm up to indicate his followers should stop and dropped to eye level with the dog. He whispered in a soothing tone and slowly pulled a piece of roasted boar skin from inside his tunic and offered it. The dog approached, sniffing. Merlyn carefully patted its head and was relieved to see its tail wagging. “Come on,” he urged his followers, allowing the dog to tag along beside him.

They avoided a watchman’s tower at the corner of the wooden stockage that housed the royal buildings, and lined up in the shadow of a warehouse opposite the doorway to the kitchen. Merlyn checked both ways and studied the parapet above the wooden barrier across the street before running across to the door. He rapped the code and waited for a response. Sure enough, he heard bolts being withdrawn and he stood back, gripping his staff in both hands, ready to strike.

Morgaise’s face peered out from under a hood and he smiled with relief. “Come quickly,” she whispered. “The guards are drunk and sleeping.”

Merlyn waved for his men to follow and then entered the compound. Once all eight were inside, Varden, their leader, detailed one man to watch the doorway and two others to scout the yard and be in readiness to cover their escape.

Merlyn turned to Morgaise and asked, “Do you know where the sword of Ambrosius is?”

“The one Artorius pulled from the stone? Yes, it hangs on the wall in the Great Hall, behind the throne and under Mordred’s banner.”

When Varden returned to his side, Merlyn conveyed this information in a whisper. With a nod from Merlyn, Morgaise led them into the kitchen and out into a passageway that connected the hall to the sleeping quarters. She met Anne halfway along the narrow hallway, who indicated they should take a left turn. At the top of a circular stairwell Anne whispered to Merlyn, “At the bottom you will find the jailor sleeping on a wooden bed, but the night watchman is awake. He has the keys to the cells.”

Merlyn nodded. “Anne shall lead us down and Morgaise shall remain here to keep a look out and wait for our return. Varden will go to the hall and get the sword.”

“No,” Morgaise whispered, “the hunting hounds sleep in there by the hearth. They will attack him.”

Varden and Merlyn were confounded by this information. “Barking and snarling hounds would wake the guards,” Merlyn said, deep in thought.

“I sometimes feed the hounds,” Morgaise hissed. “They know me. Let me go there with a plate of meat from the larder and pick the sword on my way out.”

“Will they attack you in the dark?” Varden asked.

“Not if they smell the meats on offer,” she replied.

“Then let us try it,” Merlyn said, not wishing to delay further. “Varden will stand by the door with two men, ready to come to your aid if the hounds are restless,” Merlyn added.

Morgaise led Varden back to the kitchen to raid the larder for joints, whilst Merlyn and the rest of the men descended the stairs behind Anne. At the foot of the stairwell was a chamber lit by a solitary torch glowing from a bracket on the stone wall. To their right was a wooden bed on which slept the large form of Ahern, the jailor, snoring on his back. Anne crept forward towards the row of cells and bumped into a startled watchman, holding a lantern in which the candle had died.

“Oy, what are you doing here?” he growled. Merlyn and his companions shrunk back into the shadows, leaving Anne to answer him.

“I… followed my cat down the steps. Have you seen him?”

“No, I have not…” was all he managed in reply as Merlyn stepped forward and banged his head with the ball at the end of his wooden staff. The young gaoler fell to the floor, unconscious, and they checked whether the sleeping man had been disturbed by the clatter of the lamp on the floor. Ahern grunted and rolled over, facing the wall. Anne picked up the keys from the stricken man and passed them to Merlyn. They moved cautiously down a flight of a dozen steps to a tunnel lined with locked doors. A burning torch fixed to the wall lighted their way. Anne plucked it from its sconce… 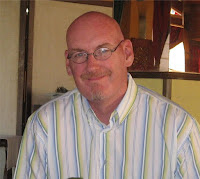 Tim Walker is an independent author based in Windsor, UK. His background is in marketing, journalism, editing and publications management. He began writing an historical series, A Light in the Dark Ages (set in Fifth Century Britain), in 2015, starting with Abandoned, set at the time the Romans left Britain. This was extensively revised and re-launched as a second edition in 2018.
Book two, Ambrosius: Last of the Romans, was published in 2017 and the third installment, Uther’s Destiny, was published in March 2018 (winner of One Stop Fiction book of the month award, April 2018). The adventure continues from March 2019 in the fourth book, Arthur, Dux Bellorum.
His creative writing journey began in July 2015 with the publication of a book of short stories, Thames Valley Tales. In September 2017 he published a second collection of short stories – Postcards from London. These stories combine his love of history with his experiences of living in London and various Thames Valley towns.
In 2016 he published his first novel, a dystopian political thriller, Devil Gate Dawn, following exposure through the Amazon Scout programme. In 2017 he published his first children’s book, The Adventures of Charly Holmes, co-written with his 12-year-old daughter, Cathy, followed In 2018 by a second adventure, Charly & The Superheroes.
Connect with Tim: Website • Newsletter sign-up • Facebook • Twitter • Amazon Author Page.
Posted by Mary Anne Yarde at 07:00