Have a sneak-peek between the covers of Judith Arnopp's fabulous novel - A Matter of Conscience: Henry VIII: the Aragon Years #HistoricalFiction #Tudors @JudithArnopp 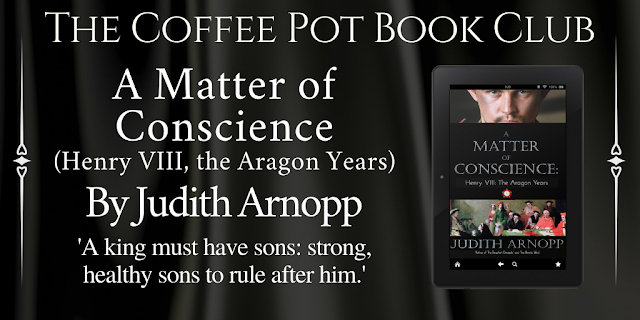 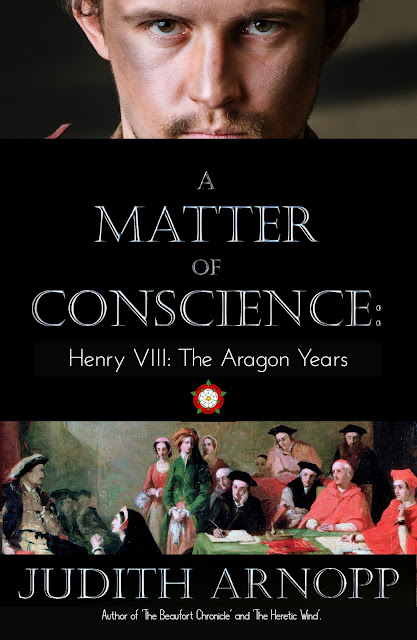 Publication Date: February 2021
Publisher: FeedARead
Page Length: 344 Pages
Genre: Historical Fiction Biographical Fiction
'A king must have sons: strong, healthy sons to rule after him.'
When Arthur Tudor, Prince of Wales dies unexpectedly, his brother, Henry, becomes heir to the throne of England. The intensive and often bewildering education that follows offers Henry a model for future excellence; a model that Henry is doomed to fail.
On his accession, he chooses Catalina of Aragon, his dead brother's wife, to be his queen. Henry plans to reinstate the glory of days of old and fill the royal nursery. The country erupts in joyful celebration when he quickly impregnates his bride.
But the king's golden dreams are tarnished when their first child is stillborn, the second dies at just a few months old, and subsequent babies are born dead or perish in the womb.
Christendom mocks the virile prince. Caterina's fertile years are ending yet all he has is one useless living daughter, and a baseborn son.
He needs a solution but as Rome turns its back, stubborn to the end, Catalina refuses to step aside.
And then his eye is caught by a woman newly arrived from the French court. Her name is Anne Boleyn.
A Matter of Conscience: the Aragon Years offers a unique first-person account of Henry VIII; the 'monster' we love to hate is set aside to show a man on the edge of despair; an amiable man made dangerous by his own impossible expectation.

June 1519 and Henry has just learned of the birth of his bastard son to Bessie Blount.
Henry Fitzroi is four days old before I find the opportunity to call upon them both. A blushing maid shows me into the bedchamber where Bessie reclines upon pillows. I sit on the bed, pick up a lock of her hair and raise it to my lips. It smells different. She smells different. The seductive scent she uses has been replaced by sour milk and infant vomit.
I sit back.
“Are you well, my dear?”
She smiles and nods.
“I feared for a while I’d not survive to see you again, Your Majesty, but … it passed. Our son awaits you in his crib.”
The bed ropes creak as I stand and move hesitantly toward the cot. I peer at the tightly swaddled infant. He sleeps soundly, his crumpled face almost as pale as the bands that wrap him.
I wave a hand at the waiting nurse.
“I want a closer look,” I say. “Wake him up, unbind him. I want to see his legs … his …”
I want to be certain he is a male child. I want to see the colour of his hair, hear the strength of his cry, test the grip of his fist.
She glances at Bessie as if she can gainsay my command, and Bessie nods her permission. I watch impatiently as the boy is lifted from his cot and his limbs unwrapped. When the chill air of the chamber strikes his skin, he squeals like a pig, then stretches his legs, clenches his fists and opens his mouth.
A stream of piss arcs through the air, anointing my velvet coat and making the nurse jump back in alarm. Bessie’s look of horror dissolves when I emit a bark of laughter and reach out to lift my naked son into my arms.
I nestle him in my elbow, let him clutch my forefinger.
“He is straight of limb and seems a good weight,” I remark. “The Princess Mary was much lighter, and my son … m-my first son, Henry ... was smaller still and lacked the hair this one has.”
“I think he will be auburn haired, like you, Your Majesty.”
“I think he has the Tudor temper too,” I say, raising my voice above his indignant protests. “And a fine pair of testicles, I see. Nothing lacking in that department.”
I wink at her and draw the cover over his body, not wanting him to be chilled. He quiets a little, sucks his fist and snuggles into my chest. Gently, I jiggle him up and down, hum a little tune, keeping my eye upon him until he dozes again.
“Little Henry,” I murmur. “Little Henry Fitzroi.” May the Lord God let you thrive.
While our son slumbers in my arms, I spend an hour chatting with Bessie. She is tired, paler than usual, lacking her customary appeal. Maternity changes women. I don’t know why but I wish it wasn’t so.
“You are comfortable here?” I ask. “You want for nothing?”
She smiles. “I am quite content, Your Majesty, now our son is here at last. The pregnancy was long and lonely toward the end.”
“Well, it is over now. He shall lack nothing. I shall ensure his upbringing is fit for an heir to the throne. I would create him Prince of Wales if I could but … the queen, you understand, still has not given up hope of bearing a son herself.”
It is a false hope. Everyone knows that but Kate.
“Of course.” She turns her head toward the window, her smile fading, just a little.
“I will honour him. He shall have titles – a dukedom perhaps, and estates and a thorough education. I shall find the greatest tutors in Christendom. And you yourself will be offered a worthy husband, and I shall heap manors and honours on you both.”
“Thank you, Your Majesty,” she says dully. “And, once I am wed, you will still …wish to …I will still be welcomed at court … as before?”
I clear my throat, offer the child back to the nurse, watch anxiously as she lies him back into the cot.
“Perhaps not quite as before … the queen, you see? But you will be honoured, and I shall always be grateful, always here if you need anything.”
She frowns, struggles to right herself on the pillow.
“Perhaps I could give you more sons, Henry …” She reaches out, as if to delay my departure. I take a backward step, look away, tug the front of my doublet, and wet my lips.
“Perhaps, Bessie, we shall have to wait and see. I will call again, as soon as I may.”
I bend over her hand, back away with a last lingering look at my son, wishing I could carry him with me back to court. Then, with a sigh, I quit the chamber, leave the hall and ride back to Brandon’s manor at Westhorpe.

Amazon • FeedARead
This novel is free to read with #KindleUnlimited subscrption 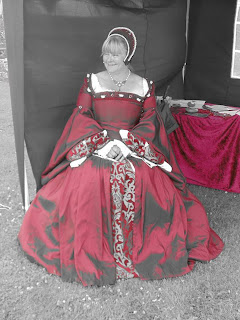 A lifelong history enthusiast and avid reader, Judith holds a BA in English/Creative writing and an MA in Medieval Studies.
She lives on the coast of West Wales where she writes both fiction and non-fiction based in the Medieval and Tudor period. Her main focus is on the perspective of historical women but more recently is writing from the perspective of Henry VIII himself.
Her novels include:
A Matter of Conscience: Henry VIII: the Aragon Years
The Heretic Wind: the life of Mary Tudor, Queen of England
Sisters of Arden: on the Pilgrimage of Grace
The Beaufort Bride: Book one of The Beaufort Chronicle
The Beaufort Woman: Book two of The Beaufort Chronicle
The King’s Mother: Book three of The Beaufort Chronicle
The Winchester Goose: at the Court of Henry VIII
A Song of Sixpence: the story of Elizabeth of York
Intractable Heart: the story of Katheryn Parr
The Kiss of the Concubine: a story of Anne Boleyn
The Song of Heledd
The Forest Dwellers
Peaceweaver
Judith is also a founder member of a re-enactment group called The Fyne Companye of Cambria and makes historical garments both for the group and others. She is not professionally trained but through trial, error and determination has learned how to make authentic looking, if not strictly HA, clothing. You can find her group Tudor Handmaid on Facebook. You can also find her on her Website,  Blog, Twitter, Instagram and Amazon.