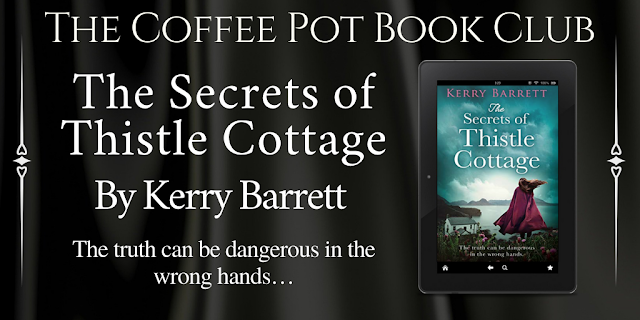 The Secrets of Thistle Cottage 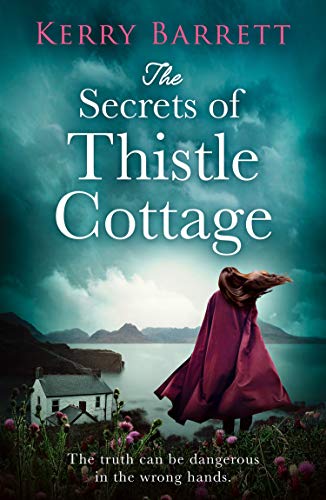 The truth can be dangerous in the wrong hands…

One stormy night, healer Honor Seton and her daughter Alice are summoned to save the town lord's wife – but they're too late. A vengeful crusade against the Seton women leads to whispers of witchcraft all over town. Honor hopes her connections can protect them from unproven rumours and dangerous accusations – but is the truth finally catching up with them?

After an explosive scandal lands her husband in prison, Tess Blyth flees Edinburgh to start afresh in Thistle Cottage. As she hides from the media’s unforgiving glare, Tess is intrigued by the shadowy stories of witchcraft surrounding the women who lived in the cottage centuries ago. But she quickly discovers modern-day witch hunts can be just as vicious: someone in town knows her secret – and they won’t let Tess forget it… 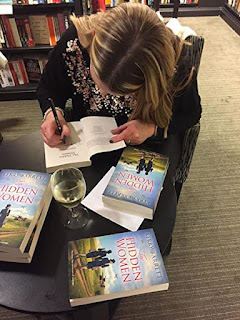 Kerry Barrett is the author of many novels, including the Strictly Come Dancing-themed A Step in Time, and The Girl in the Picture, about a crime novelist who solves a 160-year-old mystery.
Born in Edinburgh, Kerry moved to London as a child, where she now lives with her husband and two sons. She was a massive bookworm growing up. She used to save up her pocket money for weeks to buy the latest Sweet Valley High book, then read the whole story on the bus home and have to wait two months for the next one. Eventually she realised it would be easier to write her own stories...
Kerry's years as a television journalist, reporting on EastEnders and Corrie, have inspired her novels where popular culture collides with a historical mystery. But there is no truth in the rumours that she only wrote a novel based on Strictly Come Dancing so she would be invited on to It Takes Two.
When she's not practising her foxtrot (because you never know...), Kerry is watching Gilmore Girls, reading Jilly Cooper and researching her latest historical story.