Have a sneak peek between the covers of M.K. Tod's fabulous novel — The Admiral’s Wife #HistoricalFiction #DualTimeline @MKTodAuthor 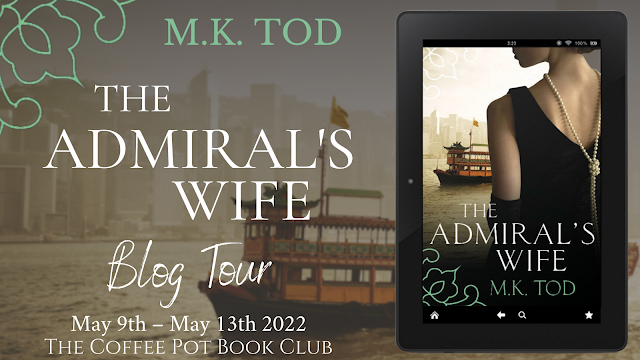 The Admiral’s Wife
By M.K. Tod 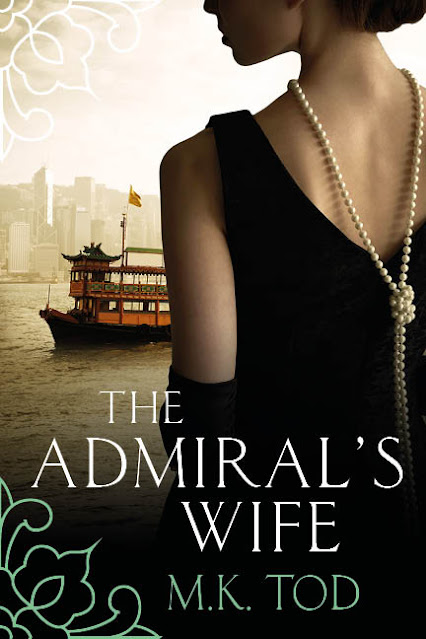 Publication Date: 11th April 2022
Publisher: Heath Street Publishing
Page Length: 390 Pages
Genre: Dual-Timeline
The lives of two women living in Hong Kong more than a century apart are unexpectedly linked by forbidden love and financial scandal.
In 2016, Patricia Findlay leaves a high-powered career to move to Hong Kong, where she hopes to rekindle the bonds of family and embrace the city of her ancestors. Instead, she is overwhelmed by feelings of displacement and depression. To make matters worse, her father, CEO of the family bank, insists that Patricia’s duty is to produce an heir, even though she has suffered three miscarriages.
In 1912, when Isabel Taylor moves to Hong Kong with her husband, Henry, and their young daughter, she struggles to find her place in such a different world and to meet the demands of being the admiral’s wife. At a reception hosted by the governor of Hong Kong, she meets Li Tao-Kai, an influential member of the Chinese community and a man she met a decade earlier when he was a student at Cambridge.
As the story unfolds, each woman must consider where her loyalties lie and what she is prepared to risk for love. 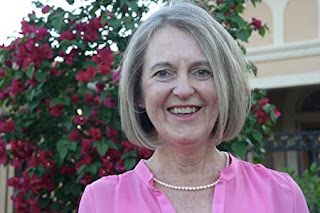 M.K. (Mary) Tod’s interest in historical fiction began as a teenager immersed in the stories of Rosemary Sutcliff, Jean Plaidy, and Georgette Heyer. In 2004, her husband’s career took them to Hong Kong where, with no job and few prospects, Mary began what became Unravelled, her first novel. The Admiral’s Wife is her fifth novel.
Mary’s award-winning blog, www.awriterofhistory.com, focuses on reading and writing historical fiction. She’s an active member of the historical fiction community and has conducted five unique reader surveys on topics from readers’ habits and preferences to favorite historical fiction authors. Mary is happily married to her high-school sweetheart. They have two adult children and two delightful grandsons. 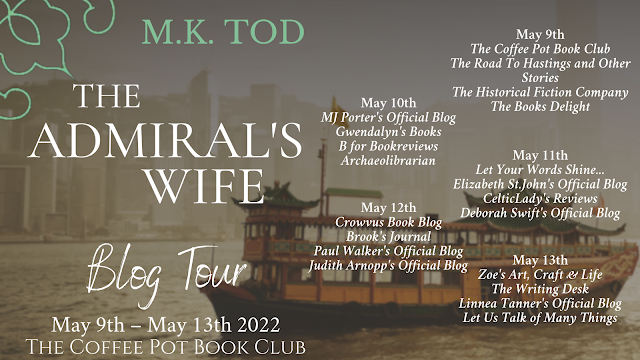