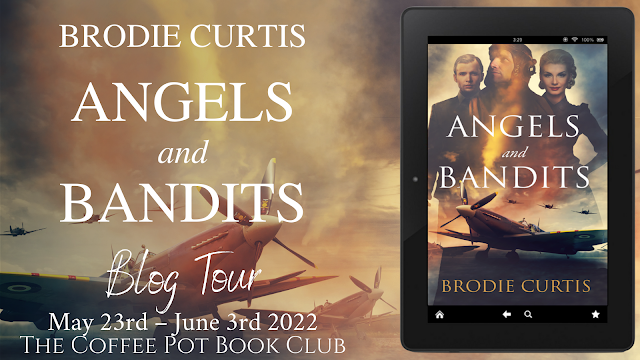 Angels and Bandits
By Brodie Curtis 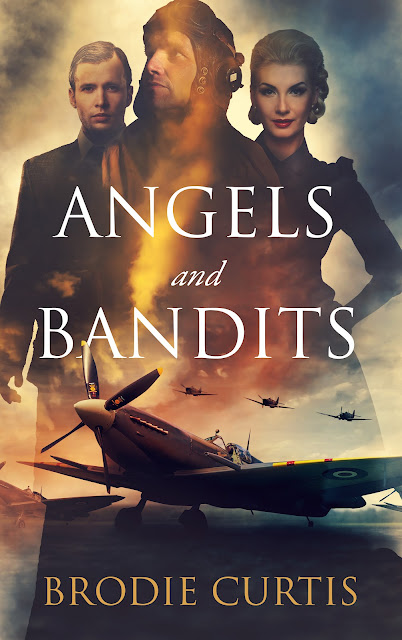 On the eve of World War II, working-class Eddy Beane is a flight instructor in London. He successfully completes dangerous espionage missions for Air Commodore Keith Park and takes on society-girl June Stephenson as a student. Her ex-fiancé, Dudley Thane, is also a flyer, but upper-class and Cambridge-educated. When the German Luftwaffe attacks England in 1940, Eddy and Dudley end up serving in the same Spitfire squadron. Aerial combat is intense, and both men show their skills and courage, but can they set aside jealousy and class differences to become fighting brothers for the defence of Britain?

Context:
My research for ANGELS and BANDITS provided me the distinct pleasure of learning about the Spitfire, Britain’s innovative fighter plane that played a key role in winning the Battle of Britain, thereby repelling Hitler’s planned invasion of England in September, 1940. Slim and graceful in appearance, yet fast and maneuverable, the Spitfire proved to be the Excalibur of Arthurian legend in the hands of the RAF flyers. The sight of it inspired confidence in the British people and fear in the enemy. 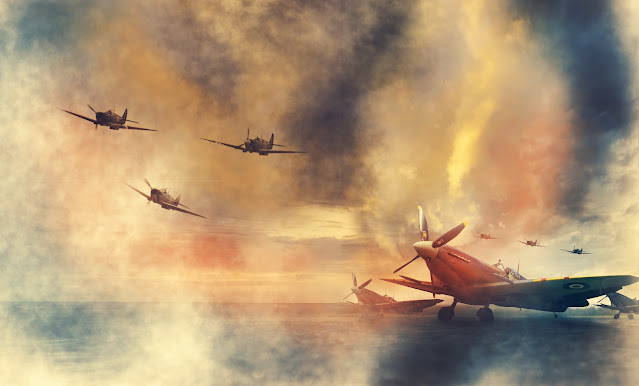 An RAF pilot started a Spit’s powerful Merlin Rolls-Royce engine and heard a blast and then clattering as orange and yellow flames rose from the exhausts and flicked the fuselage. Accelerating smoothly, the plane lifted elegantly, as if kicking the ground clear and its song in mid-flight was sweet and comforting. In experienced hands it made a steep climb, past vertical, and then a wing-over with a tweak of the rudder that would perfectly frame the Spit’s iconic elliptical wings as it launched into aerial combat, high and out of sight, at 20,000 to 25,000 feet.
Imagine Eddy’s emotions as he strapped into his Spitfire for his first solo at an RAF training airfield in Scotland in this excerpt from ANGELS and BANDITS:
Excerpt
“Remember, laddy,” said Sergeant MacLeod, in a strong Glaswegian accent, “she’s a greyhound. Open ’er up gently.”
“I’ll remember,” Eddy said.
“Be in fine pitch,” Mac said. “O’erwise, the runway won’t be long enough.”
Just two days ago, a new man called Ross hadn’t switched from coarse to fine pitch and had slammed into the beach, destroying himself and the aircraft.
“Now, man, yer no a nit-wit. I’ll just remind you to bring ’er back in one piece.”
Eddy took a deep breath and faced the bank of dials, gauges, levers and rods, all of which he had mastered through dozens of hours of classroom instruction. They were his responsibility now, and his only friends in the air—there was no one else to rely on. He reached up to pull the canopy forward, shutting it against the summer sky and other Spitfires overhead that flickered like diamonds in the sun. He pressed the starter. Orange and yellow flames poured from the exhaust and ran alongside the fuselage.
He flipped off the parking brake, held the spade stick steady and pulled the throttle open, and began to taxi towards the runway. The Rolls Royce engine bellowed and he adjusted left aileron and left rudder as he had been taught, equalizing the monster torque of the propeller that forced the Spitfire’s right wing downwards. Once she was in mechanical synch, he pointed her down the runway, gaining speed with the airframe vibrating slightly and the wheels rattling over the grass. Her wings lifted effortlessly and she was airborne.
He sought a light fingertip touch on the sensitive elevator while he muscled the ailerons into setting. A pilot’s harmony with his plane’s instruments could never be learned in the classroom. It was born of experience, tact, and physical balance. Up, up, climb—he could hear Mac’s dry advice in his head. “Don’t clip our hangar roof, now, ’cause I dun’t have time for a mess.”
Eddy had no intention of making “a mess.” 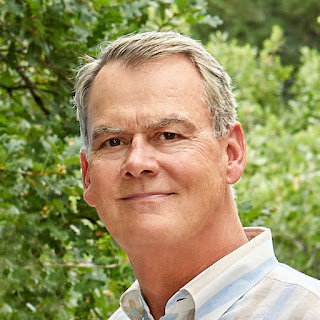 Raised in the Midwest, Brodie Curtis was educated as a lawyer and left the corporate world to embrace life in Colorado with his wife and two sons.
Curtis is the author of THE FOUR BELLS, a novel of The Great War, which is the product of extensive historical research, including long walks through the fields of Flanders, where much of the book's action is set. His second novel, ANGELS AND BANDITS, takes his protagonists into The Battle of Britain. Curtis is currently working on a novel set on a Mississippi Riverboat prior to the Civil War.
A lover of history, particularly American history and the World Wars, Curtis reviews historical fiction for the Historical Novels Review and more than 100 of his published reviews and short takes on historical novels can be found on his website: brodiecurtis.com.
Connect with Brodie:
Website • Twitter • Facebook • Instagram • BookBub • Amazon Author Page • Goodreads
Tour Schedule 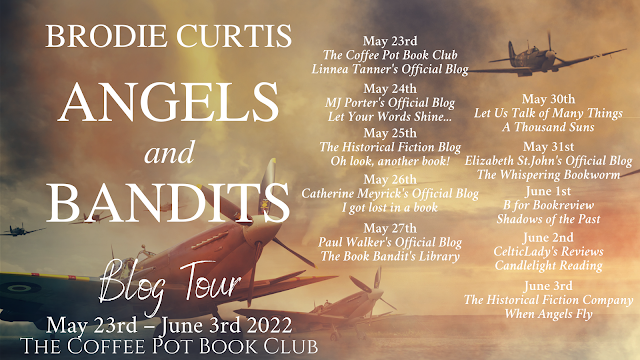