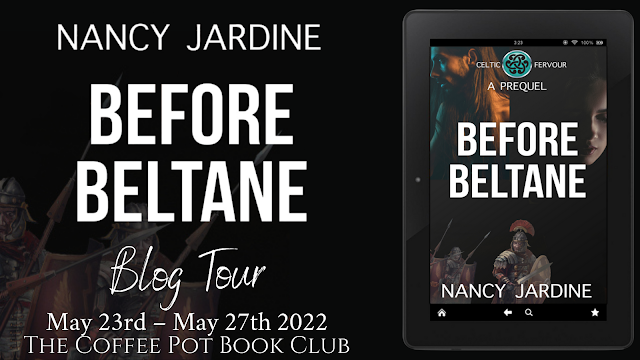 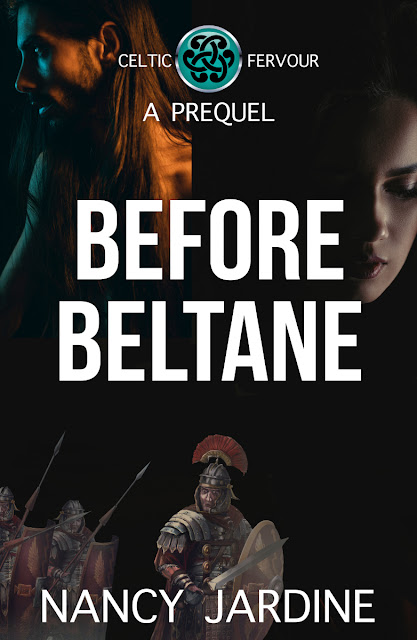 At the Islet of the Priestesses, acolyte Nara greets each new day eager to heal the people at Tarras Hillfort. Weapon training is a guilty pleasure, but she is devastated when she is unexpectedly denied the final rites of an initiated priestess. A shocking new future beckons for Princess Nara of the Selgovae…

In the aftermath of civil war across Brigantia, Lorcan of Garrigill’s promotion of King Venutius is fraught with danger. Potential invasion by Roman legions from the south makes an unstable situation even worse. When Lorcan meets the Druid Maran, the future foretold for him is as enthralling as it is horrifying…

Meet Nara and Lorcan before their tumultuous meeting of each other in The Beltane Choice, Book 1 of the acclaimed Celtic Fervour Series.

Nara- A Tricky Birth
“Is all well?” Derw asked. “With…both?”
“Aye, they live.” Nara’s simple words drew huge smiles of relief from father and son as she approached them. “This time the goddess Arianrhod has blessed you with a girl-child who may be very small, but she is as lusty as any healthy babe I have ever seen.”
“I knew that being a daughter must be the reason,” Derw said, “when the straining continued for so long.”
Nara laughed, even though she was bone-tired. “Do not blame the timing on the fact of it being a new daughter. I have seen male babies take just as tortuous a route to entering our roundhouses.”
“Aye, indeed. Some of my foals are not easily coaxed to show themselves either, however, they do not usually tax the mares as long as that new girl-babe has.” Derw joined in with her mirth, shushing the restless son in his arms into sleep, then sobered a little. “How fares my Meinir?”
Nara maintained a happy expression. In truth, it would be the goddess who determined how the mother and the babe progressed in the coming days. Women died during the process of childbirth, and some also succumbed in the days following.
“Both she and the babe sleep just now. Meinir is exhausted, though she will regain strength quickly now that her sister has arrived to help. Your hearth-wife may be tall and slender, as her name indicates, but she summoned the strength needed to eventually slip the babe out  – even though the little one was facing the opposite way from the usual.”
Nara chuckled at the memory, yet at the time it had been a fraught moment since the babe had taken so long to appear. She had not told Derw earlier that she had feared the breath would have been stolen from the child before its head appeared.
“You may think on that when you name your daughter,” she suggested.
“I shall not be likely to name her the speedy one.” Derw’s mirth continued. “Still, I do take heed of your advice. Your presence has been invaluable, and none more so than during that desperate ride back here.”
Nara untied the tethers before she vaulted up onto Eachna, acknowledging his comments with a nod. The poor man had been riddled with guilt, and had been panicked about leaving Meinir with only his oldest son’s assistance for the time it had taken to fetch help. She sought to reassure him again that his options had been limited, and that she had enjoyed the frantic ride with his middle son in front of her.
“Your Meinir is a determined woman. She knew very well what she was doing when she sent you to fetch me. Her faith in Arianrhod remained strong even though she was being thoroughly tested. She was more resolute than you know about not leaving you to raise all four bairns on your own, and you can be very proud of your eldest son. He gave her good assistance, even if the responsibility was terrifying for him.”
“Aye, he learns well.” Derw’s grin faded and his tone grew solemn. “I have already given my special thanks to the goddess Dôn and will do so regularly, of that you can be sure.”
Nara sought to lighten the mood. Meinir was lucky in her hearth-husband. He not only provided the best he could for her and the children, but it was easy to see that his love for his woman was sincere. It was unfortunate that not all dwellings on Tarras Territory were similarly blessed.
“I have left some potions with Meinir’s sister. They should help Meinir gain her strength back in the coming days and that, in turn, will benefit your guzzling daughter.”
“If she resembles her mother then I will be best pleased.” Derw’s good humour was returned, his smile more relaxed. “Though I do not mean that Meinir is a greedy woman, except maybe when it comes to my attentions.”
“In the name of Arianrhod, daughter of Dôn!” Nara raised her hand in caution, yet continued to grin. “Meinir will need your support, and will welcome it, however, not much more than that from you till at least a full moon and some more has passed. She has come through an ordeal that would have been far too much for many of our women.”
“The god Taranis may strike me down with his thunderbolts should I do anything to harm Meinir. I know very well how Arianrhod allows new life to spring from the mating process.”
Derw’s words sounded humorous, yet Nara knew he had been unnerved by this latest birthing, his three sons having come to Meinir so easily.
The man continued to speak. “The next foal bred from the dam – the one that you admired in the far field – will be sent to the sacred nemeton home of the priestesses. Eachna is as fine a filly as I have ever seen, but the one to come soon has a good sire and should make a prime horse. And, before you say it, Chief Callan of Tarras will still get the amount I agreed on for his horse pens, when summer comes.”
“Tapadh leat!” Nara’s words of thanks were sincere. “We will look forward to its arrival. You will have the heartfelt gratitude of all of us at our sacred home, since our horse stock is low just now.”
She acknowledged that Derw could ill-afford to send a new horse to the priestesses. However, the man ran a competent farm, and if the gods willed it, all of his horses already in foal would deliver safely. Derw would probably have to work even harder than usual to raise even more new stock come the next spring season, yet Nara knew that giving such a gift would maintain the man’s self-respect.

This novel is FREE to read with #KindleUnlimited subscription 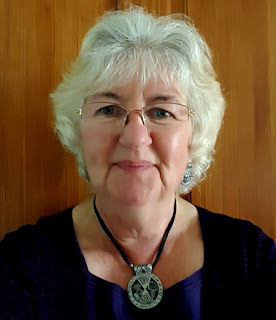 Nancy Jardine lives in the spectacular ‘Castle Country’ of Aberdeenshire, Scotland. Her main writing focus has, to date, been historical and time travel fiction set in Roman Britain, though she’s also published contemporary mystery novels with genealogy plots. If not writing, researching (an unending obsession), reading or gardening, her young grandchildren will probably be entertaining her, or she’ll be binge-watching historical films and series made for TV.
She loves signing/ selling her novels at local events and gives author presentations locally across Aberdeenshire. These are generally about her novels or with a focus on Ancient Roman Scotland, presented to groups large and small. Zoom sessions have been an entertaining alternative to presenting face-to-face events during, and since, the Covid 19 pandemic restrictions.
Current memberships are with the Historical Novel Society; Scottish Association of Writers; Federation of Writers Scotland, Romantic Novelists Association and the Alliance of Independent Authors. She’s self-published with the author co-operative Ocelot Press. 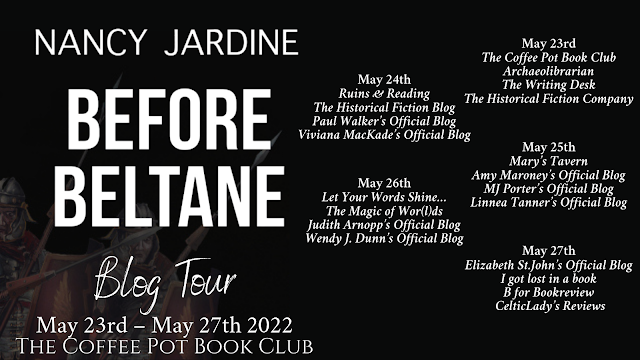