Head back in time with #HistoricalFiction author, Samantha Wilcoxson, and find out what life was like during the American Revolution #History @carpe_librum 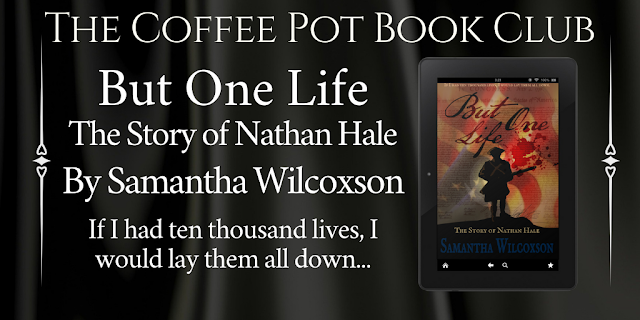 But One Life
The Story of Nathan Hale
By Samantha Wilcoxson 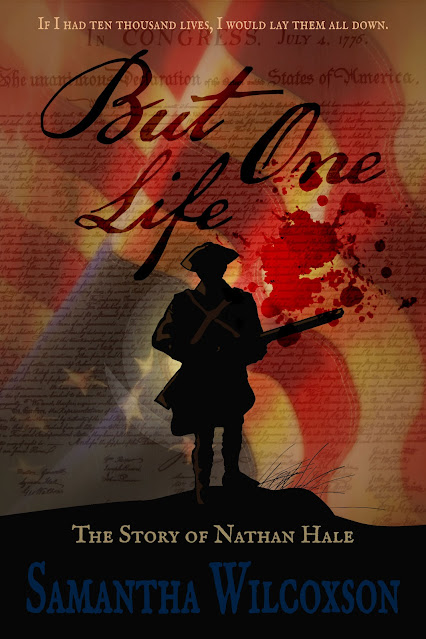 But One Life: The Story of Nathan Hale is an intimate retelling of the life of a great American patriot. As a young man, he debated philosophy at Yale and developed his personal politics of the revolution. Shortly after graduation, he joined the Continental Army and volunteered a spy in 1776. How did Nathan become a man willing to sacrifice himself with just one regret – that he had but one life to give for his country?

Experience the American Revolution alongside Nathan, his brother, Enoch, and good friends like Benjamin Tallmadge. They dream of liberty and independence. But at what cost?

Friendship, faith, love, and loyalty motivate young Nathan to become a name recognized throughout America as the quintessential patriot.

If I had ten thousand lives, I would lay them all down. Life in the Time of the American Revolution

Most people think of the American Revolution as the war that took place between 1775 and 1783, but that armed conflict would have never occurred if it were not for a revolution in thinking that took place in the American British colonies starting many years earlier. What was it like to live in this period? How did one decide whether to stay loyal to a king or risk all for a chance at liberty?

What one thought of the revolution taking place would depend heavily upon circumstances and location. For example, it was easy to become a rebel – or a patriot depending upon your point of view – if one lived in Boston, where British troops were stationed starting in 1768 and the port, the source of most Bostonians’ livelihood, was closed in 1774. It might have taken a bit more to convince a South Carolinian who was heavily dependent on selling their cotton to a London market and receiving necessary goods from them in exchange.

Yale, where young men like Nathan Hale and Benjamin Tallmadge were earning their degrees in preparation for the work that would cement their names in US history, was a hotbed of talk of liberty, freedom, and independence. It is easy to imagine these intelligent college students considering the news as it came in and debating the worthiness of opposing arguments. Many of them went on to fight. Some of them died.

In both the Tallmadge and Hale families, four brothers served and one from each was killed. When his brother, William, and his close friend, Nathan, were killed, Benjamin Tallmadge became passionate for victory and formed the successful Culper Spy Ring on Long Island. He also played a role in capturing the British spymaster John André.

The war also impacted women if a variety of ways. Those who were already struggling before the war were in even more dire circumstances when men left to fight or were killed in action. Some of them joined their menfolk, following the army and serving as laundresses, cooks, and in less desirable roles in some cases. Women who remained at home faced innumerable tasks that they were not used to performing in addition to the management of household and care of children that already filled their days.

When John Adams was gone for increasing periods of time as he served in different roles, Abigail learned to manage tenants, farms, and businesses in his absence. She also made decisions about financial management and the children’s education that would normally have been discussed with her husband. She suffered a stillbirth and the death of her mother without John there to support her in her grief.

Then there were those who remained loyal to Great Britain. Some had their property confiscated by ‘patriots,’ and others chose to flee to England before suffering such a fate. Moses Dunbar was the first man hanged for treason to the new United States, but he was not the last man who must have thought he suffered at the hands of those who were truly the traitors.

Life during the American Revolution cannot be simply described due to the ever-shifting world in which these people lived. It is a time that changed, not just North America, but the entire world. It was a revolution of mindset and worldview, not just a war, but the forming of an entirely new republic. 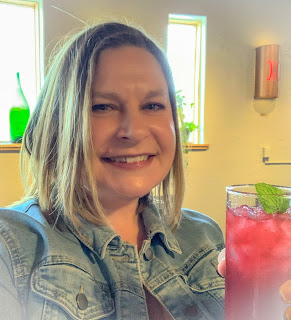 Writer of historical fiction and sufferer of wanderlust, Samantha enjoys exploring the past. She strives to reveal the deep emotions and motivations of historical figures, enabling readers to connect with them in a unique way. Samantha is an American writer with British roots and proud mother of three amazing young adults. She can frequently be found lakeside with a book in one hand and glass of wine in the other.