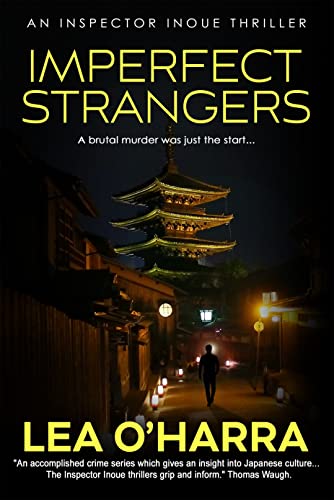 Japan 2012
It’s a bright hot morning and Professor Nomura, the president of Fujikawa University, has high hopes for the day.
He has put in motion a plan for sweeping changes in the university and expects finally to wrest control from colleagues.
But the academic, hated and feared in equal measure, has his throat slit in his office.
For Chief Inspector Inoue, head of the local police force, the challenge is to find the murderer of a man with far more enemies than friends.
Inoue is shocked by the murder in his alma mater.
As the investigation proceeds, he uncovers a web of lies and deceit. He finds Nomura was suspected of lechery and corruption.
When another murder occurs, Inoue is in a race against time to fine the killer before he murders again. The suspects are multiplying, including Nomura’s own brother.
Under pressure from his superiors and university authorities, Inoue must uncover how all the events are connected and bring the perpetrators to justice – or face professional ruin. 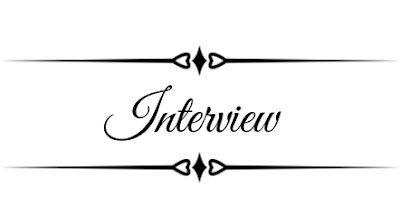 I arrived in Japan in the spring of 1984 to take up a full-time teaching post at a newly established university on the island of Shikoku. I lived in a rural area with few Westerners; I was the first non-Japanese most of my students had ever met. I had to get used to facing intense scrutiny and curiosity in my daily life, especially after marrying a Japanese farmer. I began writing creative non-fiction pieces describing my life as an American academic who was also a wife and mother of three biracial sons. It was a form of catharsis. But eventually I tired of autobiographical writing and thought I’d try my hand at something quite different: crime fiction. The protagonist of my so-called “Inspector Inoue” mystery series, comprising three novels, with one more in the planning stages, is Kenji Inoue, a chief inspector in the small police station in the town of Fujikawa. In his forties, he is muscular, bullet-headed, and taciturn. It was thrilling to adopt a perspective quite different from my own – a relief even. Of course, it was a great challenge. But after such a long residence in Japan, I felt I could inhabit the Japanese psyche and produce realistic Japanese characters. I think my Inoue books represent not only murder mysteries but also an analysis of Japanese custom and thought while examining some of the challenges the country currently faces.

How did you go about writing Imperfect Strangers? Did you write from an outline, or did you let the story develop as you wrote?

I had got the idea for Imperfect Strangers from my long years of teaching at a Japanese university. I wanted to convey the atmosphere and interpersonal dynamics observable at such institutions. It has been said that university politics are so bitterly contested precisely because there’s so little at stake. I wanted to give my readers a sense of the febrile atmosphere of a university campus, where backbiting, envy and jostling for position can be rife. The story unfolded as I wrote it. The characters seemed to develop lives of their own and to guide me through the composition process. I was sometimes surprised by the twists and turns of the plot.

I especially like my protagonist, Inspector Inoue. Kenji Inoue has obediently and diligently followed the career trajectory mapped out for him. He is not only a capable and efficient police officer but also a devoted son. In other words, he’s a typical Japanese individual in the twenty-first century: conformist and conscientious, self-disciplined and scrupulously honest. But he has one quirk. Ten years before the action of the first novel in the series, he fell in love with an American woman and loves her passionately. This might be the chink in his armour. Equally, it is the trait that makes him human and vulnerable and loveable.

If you could tell your younger writing self anything, what would it be?

I would tell my younger writing self to be brave, to dare to be adventurous. Before embarking on my crime fiction novels, in addition to creative non-fiction pieces, I had published widely on English and Japanese literature: critical monographs, articles, essays, and book reviews. Perhaps everyone who studies and writes about literature is an author manqué. I waited many years before trying my hand at writing a novel. I wish I’d started earlier.

What advice would you give to an aspiring author?

I have three pieces of advice. Don’t be afraid to fail. Write for the love of writing rather than for fame or fortune. As Shakespeare said, ‘To thine own self be true.’

As he stood waiting for his boss to deign to notice him, Andrew was surprised to feel a twinge of pity for the figure in the swivel leather office chair. He must be desperately tired to be sleeping like that, he thought. So heavily. Nomura was sprawled over his desk. His head, with its fluffy aureole of white hair, was cushioned on some papers. Squinting, Andrew saw his arms flung out in a protective gesture over files and documents, and there was an object by his left hand that Andrew’s near-sightedness reduced to a white blob. Perhaps one of those big white electric kettles people kept in their offices for a ready supply of hot water for a cup of green tea.

As he paused at the office door, he was gripped by foreboding. His noisy rapping should have woken the deepest sleeper.

On that bright morning, his irritation at being kept waiting was replaced by an odd sense of trepidation as he approached Nomura’s desk. With each tiptoe towards the desk, he expected the head to lift and growl at him.

Only a step from the desk, Andrew saw that Nomura’s left cheek was cradled on a stack of papers as if pillowing his slumbers. But his boss’s position looked unnatural, his head tilted up towards the ceiling.

His eyes are open! There’s blood!

Andrew’s mind shut down. He needed time. He sought refuge in trifles. He saw it wasn’t an electric thermos near the clutter of paper on the desk. It was a doll. He had seen such a doll on visits to traditional Japanese farmhouses. In each place there had been a doll like that housed in an ornamental glass box sitting on top of a shoe cupboard in the genkan.

This doll was not in a box, glass or otherwise. It was inches away from Professor Nomura’s head. It was about a foot tall, a pale, plump, porcelain figure clad in a white kimono with a red decorative border. There was an elaborate topknot on itshead. There were slivers of eyebrows over crescent eyes, complete with tiny nose and mouth – a clear representative of the Japanese ideal of feminine beauty. There was a benevolent expression on its face, its thin red lips curled in a smile. But the doll’s white cheeks were speckled with crimson dots as if she had been weeping blood from those crescent eyes. There was a curious scrawl, a word lightly pencilled in Japanese on the glowing ceramic forehead, and blotches of red disfigured the gleaming purity of the robe.

A huge buzzing bluebottle made lazy circles over Nomura’s head. Its loud humming as it swooped around made Andrew wonder if it had cast a spell on his boss.

He peered at Nomura’s face. A trickle of blood oozed from his mouth into his pointed beard. He leaned closer and recoiled. Nomura’s thin lips, usually pursed in righteous anger, were mimicked by a second, larger and more voluptuous mouth below them. It was a deep cut across Nomura’s throat: open, red and hungry.

Andrew managed to stand upright but was caught in a kind of paralysis. He could look but couldn’t budge. Silent, he observed everything. The stack of paper below Nomura’s left cheek. The neat rows of Chinese characters on white sheets obliterated by a widening crimson pool that stained the documents and oozed in a thick red line across the desk, dripping onto the silky grey fabric covering Nomura’s thighs and forming a smaller pool on the floor beneath his chair. The bluebottle, still buzzing overhead, looked fat and satiated. The wheezing of the air conditioner sounding now like cries of outrage and horror.

Although part of the left side of Nomura’s face was hidden, cushioned on the papers, the left eye was just visible. Both eyes glared up unblinkingly at Andrew standing over the body. Death could not erase their haughty look.

As a teacher at this small, private university, Andrew often felt he was boring his students to death. Seeing them slumped over their desks in the sultry heat of summer, the air conditioner sputtering out a feeble stream of cool air and occasionally pausing to make a sound like a death rattle, Andrew imagined it exuded poison gas accounting for the lifeless bodies of his students sprawled in their seats.

His way of fantasising about his students’ apathy was worlds away from the reality of the trickling blood beside his right foot.

How can a body contain so much blood? 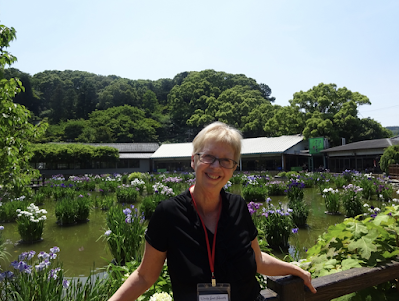