What if I were to tell you that everything you thought you knew was a lie? I am not your father.


Sir Ector (Hector) has been associated with Arthurian Legend since he was introduced by Robert de Boron, in his great works, the Lancelot-Grail Cycle. As with all things Arthurian the tale was soon picked up by other poets until Disney finally got their hands on it in 1963 (Yes, it really was that long ago). Surprisingly, very little has changed with regards to Sir Ector’s story and the account that Disney portrayed was very similar to the original.


Although maybe this scene didn't happen in the original telling!

The Sword in the Stone - Attack of the Dishes

Sir Ector is entrusted with King Uther’s newborn son, Arthur. He is told to look after him and will be rewarded greatly by the King ~ all he needs to do is care for the child and do exactly what Merlin tells him to do. 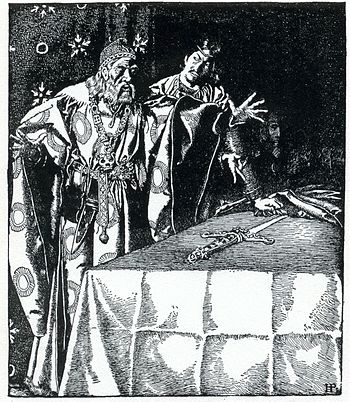 Howard Pyle  The Story of King Arthur and His Knights. (1903)

Arthur grows up under the illusion that Sir Ector is his father. He also believes that Sir Ector’s son, Kay, is his brother. Years pass and Kay is knighted and Arthur acts as Kay's squire. They travel to a special tournament in London, for Kay is keen to compete for a kingdom is up for the taking. There is a sword in a stone and whoever can pull the said sword out of the stone is the rightful king of Britain. 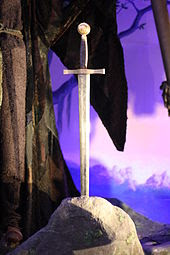 And I think we all know what happens next…

Arthur pulls the sword from the stone and he learns that Sir Ector is not his father after all and that is the end of the story for Sir Ector. For such an important figure in Arthur’s upbringing, he disappear into the shadows for the rest of Arthur's story.

Email ThisBlogThis!Share to TwitterShare to FacebookShare to Pinterest
Labels: Arthur Pendragon. King Arthur and his Knights of the Round Table, Sir Ector