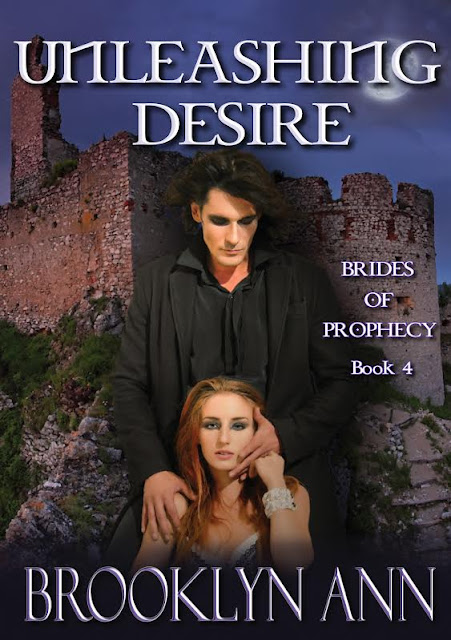 A setup so perfect… it might just be fate.

Radu Nicolae has spent centuries in a guilt-induced hibernation beneath the ruins of his family castle. The only time he awakens is to feast on the occasional vampire hunter. When Lillian Holmes invades his lair, trying to kill him for a crime he did not commit, he decides it is time to rejoin the world. As he feeds on the inept, but delectable hunter and sees her memories, he realizes that he is being used as a weapon to murder her. Radu does not like being used.

Agent Lillian Holmes, of the Abnormal Investigation Unit, is sent on a mission to kill the vampire who murdered her father. But when she tries to stake Radu, he awakens. When his fangs sink into her throat, she thinks she’s a goner. To her surprise, she wakes up a prisoner. Furthermore, Radu did not kill her father. The AIU killed Joe Holmes and sent Lillian to Radu to die.

Together, they strike a bargain: Lillian will help Radu travel to the United States to reunite with his long lost twin brother. In return, he will help her take down the men who killed her father. As their relationship deepens on their journey, so does the danger. Not only must they keep government agents from finding out that Lillian is alive, but she also has a secret that will rock the foundations of the vampire world.


What did I think of the book?


Joe Holmes has been murdered and according to the AIU ~ Abnormal Investigation Unit ~ Radu Nicolae, a very ancient and deadly vampire, killed him.

A thousand years ago, Radu lost everything. His parents, his beloved, and his twin brother, Razvan. He has withdrawn from the world and chose sleep over life, for he could not face another night without the ones he loves.

The AIU wants to destroy all of Radu's kind and they will kill anyone who gets in their way, including Lillian Holmes's father. Lillian also works for the AIU, but like her father, she does not agree with the units policies when it comes to vampires. However, when she learns that her father has been murdered by a vampire, she wants justice. The AIU send Lillian to seek out Radu and kill him with a stake through the heart, knowing full well that she could never defeat such a monster. Her fate is assured. She will die. It was a good plan, but what the AIU didn't take into consideration is that Radu isn't the monster of fairy-tales. Despite Lillian trying to kill him, Radu spares her life. He will not fall foul to the AIU's dirty tactics. He didn't kill Joe Holmes.

Lillian believes Radu, and she realises that the AIU want her dead. She should stay in hiding for the rest of her life, but she is determined to find the real murderer and with Radu's help she will.

I am trying to think of something original to say about this book. I could use the words, spell-binding, a riveting page-turner, an action-packed adventure, a beautiful romance, a believable plot, but those words have been used before, and this book deserves something new. For want of a better word, this was an incredible five-star read.

Unleashing Desire is Book 4 in the Brides of Prophesy series. I haven't read the rest of the books in this series, but Unleashing Desire is so well-written that it stands on its own two feet. I never once felt like I had missed something. I thoroughly enjoyed it.

Lillian is a strong and determined woman who, despite herself, falls in love with a vampire. Her character is so well fleshed, that I wouldn't be surprised if I one day saw her walking down the street and as for Radu...I think he gives Robert Pattinson a run for his money!

I loved this book. I loved the world. I loved the characterisation. The back story was fabulous. The book is full of suspense. And the journey Lillian and Radu went on was so much fun to read about. This isn't just another vampire story or even another romance story. This is a well-crafted and well-planned book. The attention to detail is exquisite. I haven't come across a vampire romance as good as this in a long time and I wait with bated breath for book 5 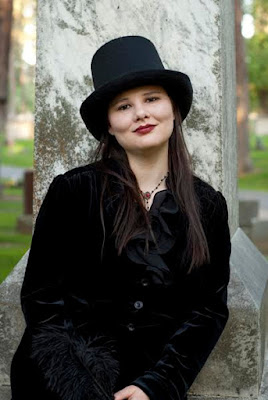 Formerly an auto-mechanic, Brooklyn Ann thrives on writing romance featuring unconventional heroines and heroes who adore them. Author of historical paranormal romance in her critically acclaimed “Scandals with Bite” series, urban fantasy in the cult favorite, “Brides of Prophecy” novels, and the New Adult winner of the 2016 Reader’s Choice Award, “Hearts of Metal Series,” she provides love for the broken and strange.

She lives in Coeur d’Alene, Idaho with her son, her cat, and a 1980 Datsun 210.
She can be found online at http://brooklynann.blogspot.com as well as on Twitter and Facebook.

For exclusive updates, sneak peeks, and giveaways, sign up for Brooklyn Ann’s Newsletter at http://brooklynann.blogspot.com/p/sign-up-for-my-newsletter.html