#bookreview ~ Call to Juno (A Tale of Ancient Rome) @elisabethstorrs

(A Tale Of Ancient Rome) 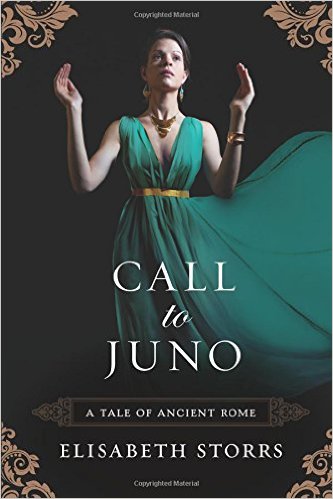 Four unforgettable characters are tested during a war between Rome and Etruscan Veii.

Caecilia has long been torn between her birthplace of Rome and her adopted city of Veii. Yet faced with mounting danger to her husband, children, and Etruscan freedoms, will her call to destroy Rome succeed?

Pinna has clawed her way from prostitute to the concubine of the Roman general Camillus. Deeply in love, can she exert her own power to survive the threat of exposure by those who know her sordid past?

Semni, a servant, seeks forgiveness for a past betrayal. Will she redeem herself so she can marry the man she loves?

Marcus, a Roman tribune, is tormented by unrequited love for another soldier. Can he find strength to choose between his cousin Caecilia and his fidelity to Rome?

Who will overcome the treachery of mortals and gods?

Two great nations face each other. Now it is up to the Gods to choose their victor.

Aemilia Caeciliana (Caecilia) has forsaken Rome, the place of her birth and has pledged her loyalties to her husband and his people. Rome however, will never forgive her for such a betrayal. She is an enemy to them now, and if they ever catch her, there will be no mercy. Caecilia knows that the very future of herself and her children are dependent on Veii's defeat of Rome. They must win. The Gods must favour them. But to appease one God has Caecilia unintentionally angered another?

Roman Tribune, Marcus Aemolois Mamercus, the cousin of Caecilia, wants to see Veii fall to the Roman Army, and he will see his traitorous cousin brought to justice. But like his cousin, Marcus’s life hangs in the balance. If General Camillus were to discover the truth about him, then his life would be forfeit.

Full of treachery, lies and intrigue, The Call of Juno is a captivating read that caught my attention from the blurb and held it throughout the story. I loved the changing Point of Views - Storrs tells the story from both camps, so it is a well rounded read. Make no mistake this book is truly epic in the telling and it isn't predictable at all. I had no idea where Storrs was going with her story. Expect the unexpected if you choose to read this book and if you are prone to shed some tears, like I am, then make sure you have a box of Kleenex handy, for this book is rich in emotion and has characters that you will come to care for.

Call to Juno is book 3 of A Tale Of Ancient Rome series. I have not read the other two, but this book easily stands alone. Not once did I feel confused as to what had gone before.

I have to commend Storrs for her attention to detail. It was staggering. I have read many great books set in this era, but Call to Juno far surpasses any that I have read in its historical accuracy. It is a remarkable book. Storr has brought the era back to life.

The four protagonists each have a fascinating story to tell, and I enjoyed reading about them all. Storr has created well-fleshed and believable characters that made the story rich and full and interesting.

I cannot recommend this book enough. It was just incredible and it is certainly a strong contender for a place in the top 5 books that I have read this year so far. 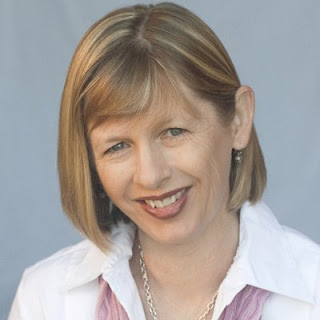 Elisabeth Storrs has long had a passion for the history, myths and legends of the ancient world. She graduated from University of Sydney in Arts Law, having studied Classics. Her curiosity piqued by an Etruscan sarcophagus depicting a couple embracing for eternity, she discovered the little known story of the struggle between Etruscan Veii and Republican Rome and the inspiration to write the TALES OF ANCIENT ROME series.

Elisabeth lives with her husband and two sons in Sydney, Australia, and over the years has worked as a solicitor, corporate lawyer and corporate governance consultant. She is one of the founders of Historical Novel Society Australasia. Feel free to contact her at elisabeth@elisabethstorrs.com

Elisabeth considers herself a 'hybrid' author who was traditionally published in Australia, then gained a readership in the international historical fiction community through self-publishing her TALES OF ANCIENT ROME series. This led her to securing an international publishing contract with Lake Union Publishers.

Researched and written over a period of fifteen years, TALES OF ANCIENT ROME vividly describe the world of Etruria, a fantastic civilization ultimately destroyed by Rome but which heavily influenced its conqueror's culture from republican into imperial times. There have been very few novels that have explored the world of the Etruscans and the early Roman Republic which makes the series unusually engrossing reads for historical fiction lovers.

THE WEDDING SHROUD was endorsed by Ursula Le Guin and judged runner-up in the 2012 Sharp Writ Book Awards for general fiction. THE GOLDEN DICE, was endorsed by Ben Kane and is a first place category winner in the 2014 Chaucer Awards. The third book, CALL TO JUNO, was endorsed by Kate Quinn and was selected as an Editor's Choice in the HISTORICAL NOVELS REVIEW in 2016.
Posted by Mary Anne Yarde at 08:00