Where do we start looking for the real Robin Hood?

I was thinking about history ~ I know not particularly surprising considering what I do for a living, but more specifically I was thinking about how we regard history nowadays. If we had a time-machine and travelled, let's say a thousand years into the past, our concept of history would be very different. We would take folklore very seriously. We would believe what we were told, and we would not ask for proof. We would take a leap of faith - I guess you could call it.

These stories, whether they were about King Arthur or Robin Hood, were important to everybody, not just the peasantry. Henry VII named his first born son Arthur, hoping to replicate King Arthur's glorious reign and the Tudor period saw May Day celebrations where good folk dressed up as Robin Hood and his merry men.

Let's stick with Robin Hood today, sometimes even I have enough of Arthur - did I really just say that?!

Robin is woven into folklore. If we went back to his time, it would be simply a case of heading to Sherwood Forest and at some point you would inevitably bump into him? Maybe if you had a purse full of gold he might seek you out? Or not. It is all suggestive anyway...he didn't actually exist. All we have is some rather wonderful ballads of the time. There is no proof that he was once a genuine historical figure...is there? 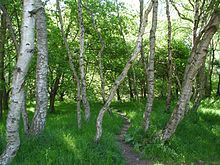 In the 1850s Joseph Hunter, a  Unitarian Minister and a deputy keeper of Public Records came across something rather interesting. He discovered that the original location for the Robin Hood stories was not Sherwood in Nottingham, but in Barnsdale. Robin of Barnsdale - doesn't quite have the same ring, does it?! 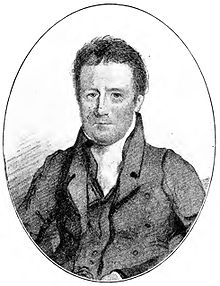 Nevertheless, Hunter became rather excited about his discovery. Was there a paper trail that led not to a fictional character but to a real person? Hunter used the ballads to guide his way. He discovered a servant called Robin Hood at the court of Edward II. He published a pamphlet on his findings in 1852.  Robin Hood the porter, doesn't quite do it for me and where is King John and the evil Sheriff of Nottingham? I don't want to know about a porter - I want the real thing!

Hunter was like a dog with a bone; he had to find the real Robin Hood. Hunter went on to discover a Wakefield family that had the surname Hood and Robert was a particularly popular name during this time, so there were one or two possible Robin Hoods.

Unfortunately, he could not find any Hoods that were outlawed. However, there seemed to be an issue between the Hoods and some foresters - if the court records are to be believed. There is one Robert Hood who was constantly in  court being fined for aggressive behaviour, trespassing and "...for making his haystack in the common way..." I dread to think.


This Robert, doesn't sound like the Robin we are looking for, although he certainly appears violent enough, he doesn't have that good and kind heart that we associate with Robin Hood. 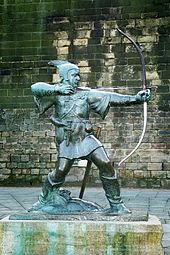 Let me just stop a minute and put the time of Robin Hood into context. It was an incredibly violent period in English history. Stealing was a huge problem in 13th Century England and the homicide rate was ridiculously high. Gangs of men would band together to raid livestock, and cause terror to the populous. Highway men were a common occurrence. And these gangs were incredibly well organised. They could raid an entire town - remember there is no police force during this time, England would have to wait until Sir Robert Peel introduced the Metropolitan Police Act in 1829!


The exploits of these gangs are not an easy read. They were brutal with no apparent humanity. Was Robin Hood such a man?

What am I doing? I can not compare Robin Hood to these rogues. Robin fought the establishment. He did not make war on his own people.

However, these gangs were not afraid to target the aristocracy either.  In the 14th Century, Sir Richard de Willoughby was seized by a well-organised band of cut-throats. His family had to raise a staggering 1,300 marks for his safe return. Crime sometimes did, it seemed, pay well!

The justice system reflected the times. It was as brutal as the criminals who lived every day within its shadow. One of the worst sentences was to be declared an outlaw. Not only would you lose all of your property, but you now lived outside of the law. You were a wolfs-head - which meant that anyone could take you down. In all the stories Robin Hood is an outlaw. He loses his property - in modern version of the tale, this is Loxley, his family estate.

Sometimes the sentence of outlaw was thrown around like confetti. Interestingly you didn't necessarily have to commit murder to be declared one. And it wasn't that uncommon to be falsely accused.

"...a fourteenth-century poem says, if a man is unjustly accused and feared the outcome, 'the only remedy is to go to the forest'." Michael Wood In Search Of England.

If that was the case then maybe the forests were full of outlaws! I guess it beats running away to a country that doesn't have an extradition treaty!

The history doesn't really point to a band of merry men, and if the ballads are to be believed, Robin could be just as brutal as the best of them. Kevin Costner, he is not.

Still, it's a good starting point in the search for Robin Hood.