Is This The Real Robin Hood?

I am really enjoying my search for Robin Hood. It feels like the beginning days when I just started out on my search for King Arthur. The more I find out, the more I want to know. Maybe one day I will write a book about it!

Let's continue with the search...

What if there was more than one Robin Hood? 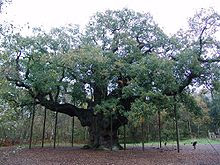 The Major Oak of Sherwood.

I don't know about you, but I always assumed that the word Hood, in his name, was because he was the Hooded man - I grew up watching Robin of Sherwood, and my mum worked for Herne the Hunter (the actor not the God) so please excuse my ignorance. I thought his name was Robin of the Hood? Am I right or wrong? Was Hood the surname of our outlawed friend or just someone who didn't like getting his hair wet?

Enough! Let's get back to the point...


In the 14th Century it was common if you were determined to devote yourself to a life of crime to be called "Robert's Men," and this seemed to become a real problem for the establishment.


‘What this Robin Hood was that hath raised a name to these kind of men called Roberdsmen, his followers..." Edward Coke (1552-1634) Chief Justice for James I. 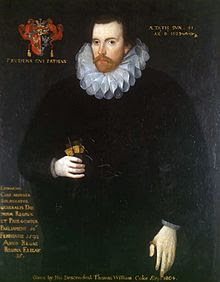 There is one, however, who may have been the real Robin Hood.  Let head back to 1225 and more specifically to the 25th July.


"...the royal justice held their assizes in York...the penalties were recorded in the Exchequer Pipe Roll...in this document 32s. 6d. was levied from the chattels of Robert Hood, fugitive."
Michael Wood In Search of England.

This Robin was no peasant. This was a lot of money. This Robert, one can assume, was tenant of the Church of York, whose estate was near Barnsdale. Interesting, because Barnsdale is mentioned in the 14th Century ballads of Robin. Apart from that, we know nothing. Who was his family? Where did he come from? All we know is that he escaped justice and was labelled an outlaw.

Maybe we have found our Robin. But what of the rest of it. We need a Sheriff, and we need a rebellion and we need King John.