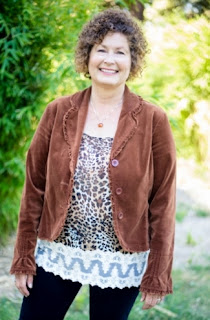 When I agreed to write an inspirational post for Mary Anne’s blog, I never dreamed of coming to a complete creative halt! I’m the lady they nicknamed “Mary Christmas” when I worked for Borders Books. Regardless of the hectic time of year, I kept the spirit alive inside of me and for others.

However, a week ago, sheer exhaustion settled within me. My sixth book, A MAGICAL HIGHLAND SOLSTICE, was days away from releasing out into the world. At the time, I was working on numerous holiday posts and attempting to finish my next story before the deadline. Of course, I had to factor in normal everyday situations, as well. When it came time to pen the post for this blog, I found I had nothing left to give.

Yet, on a cold, clear Saturday morning, I paused. While making my bed, warm sunlight streamed in, and I let my shoulders relax. Then, I took in a deep breath and released it slowly. I realized my “well” of inspiration was empty, because I didn’t take any time to enjoy the moment—to smell the crisp, clean scent of my pine wreath or savor a freshly baked sugar cookie.

I was on a perpetual merry-go-round, and it was time to jump off!

My days are still filled with massive lists and a looming deadline. Nevertheless, if I’m going to write about the joys of the season, I must also experience them fully. I’ve learned to pause, take a breath, and smile. ‘Tis the season of hope, joy, and love—three special ingredients I’ve included within A MAGICAL HIGHLAND SOLSTICE.

Giving her no time to protest, he grabbed her around the waist and hauled her up onto Fingal. When he mounted his horse and settled behind her, Cormac felt her body stiffen as he placed an arm around her waist. He leaned next to her ear. Her mass of curls brushed his face, and he inhaled her scent—one of different spices. Lust instantly surged forth, powerful and intense. “Relax,” he urged in a hoarse voice. Though he found it difficult to do so himself.

He felt her tremble, but she nodded. Giving a tug on the reins, they moved up the path.

With each steady trot, her body swayed and Cormac tried to focus on the road. The castle.
Fighting in the lists. Bathing in the icy waters of the loch. Anything, but the soft curves of the lass’s body pressing against his own. What was wrong with him? He prided himself on being a man always in control of his emotions—especially his lustful ones. Yet, now he found himself confused, tongue-tied, and his gut twisted into knots.

So deep in his thoughts, he did not notice Fingal veering off the main road until the lass let out a giggle. She had the most musical sound, and he found himself smiling. Guiding his horse back to the path, he could hear his men doing their best to contain themselves. A glance back confirmed William was coughing loudly and Gordon trying his best not to fall off his horse.

“I swear Fingal, I am tempted to trade ye in for another horse. Ye must be going blind, or worse, old.”

His horse let out a large snort.

Eve clicked her tongue in disapproval. “For shame, Mr. Murray. How cruel. I think he’s a kind animal. Perhaps it’s the man holding the reins who can’t see clearly the path in front of him?”

The lass was quick with the wit, he mused. “I dinnae ken your word, but ye may call me Cormac.” He leaned near her again. “And I can assure ye, I am nae blind, nor old.”

Mary's passion for books started at an early age along with an overactive imagination. She spent far too much time daydreaming and was told quite often to remove her head from the clouds. It wasn't until the closure of Borders Books where Mary worked that she found her true calling--writing romance. Now, the worlds she created in her mind are coming to life within her stories.