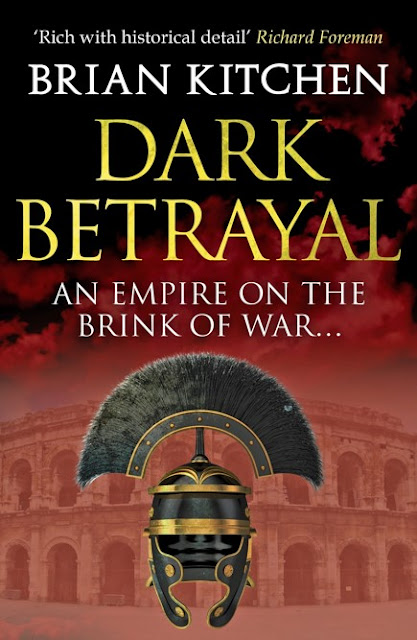 It is late February 392ad and Flavius Vitulasius a former soldier, now a Magistriani agent is at his father’s villa in Ad Trivonam, Britannia Prima, Britain, when he receives a letter from Aulus Head of the Magistriani in Britain informing him of a mission he must undertake. The Roman Empire is on the brink of civil war, the Western Roman Emperor Valentinian having died in mysterious circumstance following a long running dispute with the commanding general of his army, the Frank, Arbogastes. It is feared that Arbogastes has a candidate he will install on the Western throne as his puppet.
The Eastern Emperor Theodosius, who is the senior Augustus, spared the lives of the usurper Magnus Maximus’ wife Elen and their two children when he was overthrown. Now, Emperor Theodosius wants Flavius and Siward, Flavius’ friend and comrade, to find Elen. Theodosius believes that Elen might know what happened to the Silver Host, a treasure believed to have been hidden by Magnus and his men. The war chest is depleted, and Theodosius needs the money to finance an army, as he fears that the Empire will once more be plunged into civil war.
Flavius and Siward set off for Eburacum, where Elen, a Christian, was close to a bishop before her husband became emperor. The Bishop cannot help them, but they meet up with their friend Lucius who joins up with them. Returning to Ad Trivonam, Flavius’ father who knew Elen thinks her brother Gadeon might be able to help them in their search and the three friends set off for Glevum where they find Gadeon. Whilst they are speaking to him, there is an attempt on his life by their old enemy Gunhilde, a Saxon woman and an agent of Caidrus, Arbogastes henchman. Flavius and Siward thwart the attempt, but Gunhilde, escapes custody, and will be one step ahead of them on their travels. A grateful Gadeon tells them that Elen is in Segontium.
After a series of adventures and the help of a Druid, Myrfann, the three friends reach Segontium and meet Elen. Elen doesn’t know where the Silver Host is hidden, but says that a man called Cognobius Pollienus, a Christian priest does, but he has disappeared in Hibernia, having last been heard of at the court of the Irish High King.
Flavius and Siward travel to Hibernia and find that the High King’s court is a very dangerous place. Cognobius is under a sentence of death for blasphemy and so a plot is hatched to rescue him. They become friends with Niall mac Eochaid and unwittingly aid him to become the next High King. Niall frees Cognobius in gratitude, but the priest dies before he can reveal the Silver Host’s whereabouts. Returning to Britain, Flavius and Siward finally learn the truth about the Silver Host, but a more dangerous situation has now arisen.
Aulus now sends the friends to Londinium, where they are to escort the daughter of the Duke of the Britons, the commander of the Roman forces in the north, home to her father in Eburacum. The Emperor Theodosius needs the loyalty of the Duke and a plot has been discovered to kidnap Melania the Duke’s daughter and use her to coerce the Duke into supporting Arbogastes. It is also suspected that Melania has sympathies for the Pagan cause, being the widow of the son of one of the Pagan leaders in Rome.
A  dangerous journey north ensues and with the political situation now on a knife edge, Flavius, Siward and Lucius soon find out that those who they once thought of as friends will now betray them and a woman who was abandoned and abused as a child, and a group of women loyal to the Goddess, are now their biggest threat.
Rich with historical detail and intrigue, Dark Betrayal is an action adventure and a must for anyone interested in the time when Rome’s rule was threatened by political intrigue and barbarian uprisings. 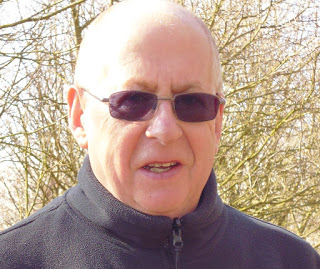 I live in Burton upon Trent, England and am married to Lynne and have a son, Mark and two tortoise shell cats, Tansy & Zoe. I enjoy walking in the countryside, photography, reading, writing, visiting museums and historic sites & buildings and supporting Burton Albion.
I first became interested in the history of Roman Britain as a child and loved the 'Eagle of the Ninth' trilogy of novels by Rosemary Sutcliff. When I was older I read & studied all that I could about the history of the period, visiting many museums and archaeological sites to further improve my knowledge. I am a member of The Association for Roman Archeology.
I've always had a passion for writing and when I retired from Local Government Health & Social Services, I wrote a guest column in our local newspaper for two years and also decided to write novels set in late 4th Century CE Roman Britain. The first of the Flavius Vitulasius Novels, 'Divided Empire' is my first published novel, but there are many more to come and the second novel is nearing completion. I hope that you enjoying reading the novels as much as I've enjoyed writing them.
Should you wish to know more about Flavius & his friends, you can find me at:
Twitter: Brian John Kitchen @Oldbrookender
Website: www.briankitchen.me.uk
Facebook: facebook.com/FlaviusVitulasius