Christmas in Sherwood
By Michael Reuel 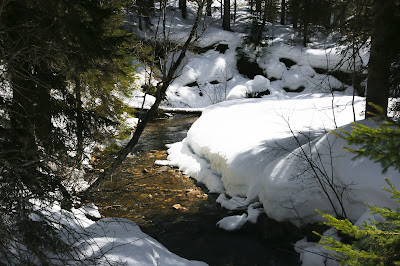 There’s a great deal of media debate flying around about how eventful 2016 has been, which for many is another way of saying how depressing it all is.

It started with David Bowie dying back in January and the arrows haven’t stopped flying ever since. Everyone’s favourite sheriff of Nottingham, Alan Rickman, was next, with Mohammad Ali, Prince, Gene Wilder, Leonard Cohen, Andrew Sachs, Kenny Baker, Victoria Wood, Terry Wogan and Zsa Zsa Gabor being just some of the names to follow who had earned remarkable public affection during their lifetime and let's not get started with the election results.

When faced with such a debacle, a look at history can often provide an ideal tonic for keeping our troubles in perspective. Indeed, even for those who insist there has been no silver lining to the events of 2016 and just want it out of the way, a look at other times can provide a compelling argument for shaking off the blues and getting in the Christmas spirit.

Because of my Robin Hood studies I confess to having spent much of the unhappy 2016 with my head stuck in fourteenth century England. My aim has been to recast Robin as the yeoman he always was before clumsy historians decided to give him noble blood and, in order to achieve this, I was required to find out as much as I could about a type of people that chroniclers too often overlook as important: the common folk.

Dredging up reliable information about a particular common person is an unenviable task – even if that person happened to become the most famed and celebrated hero of his day. Nevertheless, much can be said about the lives that these people lived; by tracing world events, the laws of the land and the behaviour of the ruling classes. Meaning that a sense of what they had to live through is not so obscure and only demands the use of our imagination.

OK so there is a blatantly obvious comparison to make here, in pointing out that medieval commoners had a tougher life than we face. They were a subservient and downtrodden people, likely to be poor and malnourished and with a low life expectancy.

They were different times. However, even with medieval expectations in mind, the fourteenth century can be described as tragic and hellish for what its people were destined to go through – and to an extent that vastly outweighs any of the bitterness we can possibly hold towards the days of 2016.

At first glance this appears strange in that, initially, the century appeared to be the dawn of a new era of optimism for the English nation in general. Edward III had kicked a usurper off the throne, before proceeding to turn around the nation’s military fortunes. By the time his reign was in full swing, the English people no longer needed to worry about invasions from the Scots and an inferior position to the French on the world stage had been completely overturned. They had perhaps England’s greatest achievements on the medieval battlefield to celebrate, at Crecy and Poitiers. Plus, they also had a king who embraced the cultural nourishment of his classes from top to bottom, staging courtly events, games and tournaments that gave the country a fresh and merry atmosphere it had not known. Though Victorian historians would later reject Edward III as a king to celebrate because of his excess and warmongering, there can be no doubt that his people loved him. They drew comparisons between his reign and King Arthur’s, at the same time as embracing a new national flag and patron saint whose colours he championed on the battlefield. Even the famous line...
‘The Pope may be French, but Jesus is English’
...dates to this time.

So what went wrong? Well, the year that stuck in everyone’s craw back then was not one with 16 in it, but 48.

1348 was the year when all of that changed, because not only did loved and famous people die but pretty much half of Europe did too. The reason for this was the bubonic plague, which became known as The Black Death.

The disease wiped out whole communities, leaving the dead in so great a number that it became impossible to bury them. Being a great power did not save England from its misery and, even though the plague had left by 1350 (only to return in 1361), it appears to be the case that sickliness lingered on in the air and continued to take its toll regardless.

Edward III lost so many heirs to unnamed illnesses that only two of his 13 legitimate children were alive when he died in 1377. The country had also lost its favourite prince – Prince Edward; the hero of Poitiers who was known as ‘The Black Prince’ – so the succession had to go to his grandson, Richard II, who never came close to achieving similar popularity.
So it was that a vibrant kingdom then faced a desperate time in spite of its achievements… and yet even then the Christmas spirit was not allowed to diminish.

Alan Rickman’s sheriff might have called off Christmas in Prince of Thieves, but Edward III did quite the opposite, embracing it with as much wealth and splendor as he was able. Even though he was himself mourning the death of two children, none of the events that had been organized to celebrate his victories were cancelled. Christmas saw an extravagant games event held at Otford, with another in Merton for Epiphany. Guests arrived dressed in elaborate costumes, including some who came as ‘wild men of the wood’, in what is likely a nod to the popularity of Robin and his Merry Men.

Though it is not possible to be exact with dates, the folklore suggests that Robin Hood died a decade or two before the Black Death arrived. But 1348 remains an important time for the Robin Hood stories, which were being told by the people who loved to hear them, as storytelling offered moral support and brought communities together through harsh times. It was this place in the people’s hearts that would eventually lead to the oral ballads being recorded on paper, so that we still have them today – even though historians largely choose to ignore the many revealing aspects of their content.

Unlike with a mighty king like Edward III, with a brave yeoman we only have the folklore to go on in order to know his story. And yet, this winter 2016 has presented us with a curious memento from his time and location, in the shape of a gold ring that has been found in Sherwood Forest.

A nice Christmas present for its finder (metal detector Mark Thompson, who looks to be around £70,000 better off for the happy coincidence), most media coverage has overlooked the possibility that this ring could indeed have belonged to one of the Merry Men.

Popular culture still directs people all the way back to King John’s time to find Robin Hood, but he was not there. His story began during the latter part of Edward II’s reign, but largely belongs at the start of Edward III’s. The ring has indeed been dated to the early thirteenth century and so it is entirely possible that a rich traveller had to reluctantly hand it over to a villainous but charming yeoman of the forest.

The ring is adorned with an image of the baby Jesus as well as one of the Virgin Mary whom, as the oral ballads consistently attest, was Robin Hood’s most venerated saint. He would certainly have appreciated the treasure and now the forest floor has given it up as a curiosity for us to wonder about.

It certainly wasn’t a Christmas present for Maid Marian though. That lass is pure fiction. 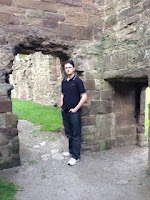 Robin Hood Existed
Folklorist Michael Reuel delves into the legend of Robin Hood in order to assess how much we can learn by studying folklore, without applying the rigid terms of ‘historical’ proof. In the process he discovers that, although folklore does have obvious limitations in terms of what it can prove, the sheer amount of source material on Robin Hood is nevertheless sufficient enough to conclude that the famous outlaw and his Merry Men did in fact exist. Amazon
Posted by Mary Anne Yarde at 10:23