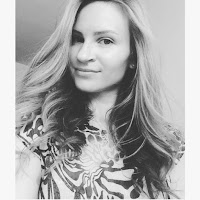 Ellie lives in New York with her fiancé and their Chihuahua named Shark Bait.