#HistoricalFiction author, M J Porter, is sharing her inspiration behind her fabulous book The First Queen of England #History @coloursofunison


The First Queen of England 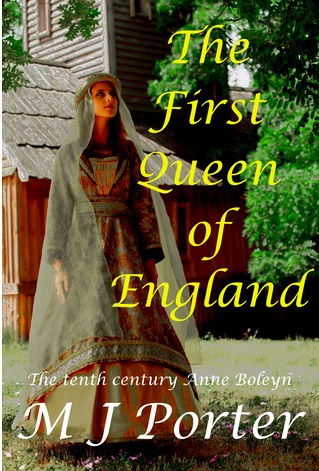 The delight in Lady Elfrida’s story is playing with the ‘what ifs’ and the ‘possibilities.’ This is why she is a perfect character to explore through fiction, because her life is long and varied, and there’s a great deal to untangle from the historical record.

Elfrida was, officially, the first crowned Queen of England. Of England. Before her, there had been queens of Wessex, Mercia, Northumbria, Kent, East Anglia, and even of the Anglo-Saxons, but never of the English.

‘Twice a Queen’ Emma would have walked in only recently relinquished footsteps when she married Elfrida’s son in 1002, the much maligned Æthelred II.

I confess, the idea of a married king falling passionately in love with Lady Elfrida, was almost more than enough to want to write about her, and I did include this in the first novel – much more a romantic historical novel than the subsequent books.

But Lady Elfrida was a woman of considerable power, not just a love interest for the king – take a look at the charters issued throughout her second husband’s and second son’s life, and she’s there, witnessing them. Not always at the top, but clearly in evidence, apart from when she and her son seem to have fallen out in about 985 until 993, when she reappears until her death. Lady Elfrida was a ‘mover and shaker’ at the English Court.

She was the ‘queen’ alongside her husband as king, she was mother to his third and fourth children – two sons.

As Queen she was involved in the Benedictine Reformation then sweeping England – alongside such political heavyweights as Archbishop Dunstan and Oswald and Bishop Æthelwold, and her husband gave her command over the nunneries of England (which meant their wealth and assets as well as their spiritual needs.)

Under her step-son, Edmund the Martyr, Lady Elfrida, was absent from Court, no doubt plotting her son’s return, or, just acknowledging that she had no part to play as her son had been excluded from the succession.

Lady Elfrida returned to Court with her son’s accession. A regency council was formed, and of course Elfrida was included, and this seems to be where Elfrida reached her peak of influence.

It’s worthwhile pausing to consider this outcome. Æthelred was no more than ten, possibly eleven, when he came to the throne. He was a minor. He was a child. And yet he became king of England, his coronation taking place in April 978 or 979, either with unseemly haste after his half-brother’s murder, or with a year of ‘arm twisting’ in between.

He was a minor. He was not a warrior.

A hundred years before Æthelred’s reign, the Alfred-Guthrum treaty had been signed, dividing England between the Danes and the ‘English’ (as they weren’t yet really known). ‘England’ (still not a distinct entity) had nearly been overrun by the Vikings. Fast-forward a hundred years, and ‘England’ has formed and there’s a minor on the throne. This, in any eyes, must be hailed as the greatest victory for Lady Elfrida.

Examining Lady Elfrida’s life with a rational approach and half an eye to the charter evidence for the period, and half an eye on what would happen after her death to smear her image, it‘s impossible to say that she was not the first truly influential and powerful woman to ever stand close to England’s throne – a queen, the king’s mother, and, in time, the grandmother to a future generation – she deserves much more than her Post-Conquest title of ‘whore’ and ‘murderer’.

Pick up your copy of The First Queen of England

Sequel to The First Queen of England Trilogy 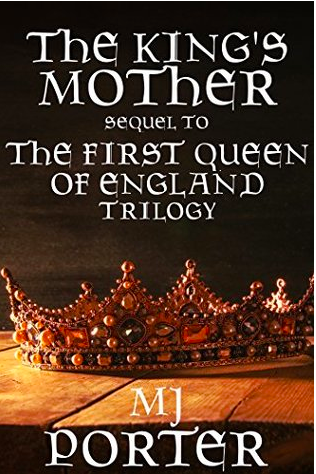 The King’s Mother is the story of a woman who has been censured by history as both a whore and a murderer but was neither.

The widowed Lady Elfrida has achieved the impossible. She’s ensured her twelve-year-old son has become king, despite the gruesome murder of his predecessor and half-brother. While many blame the king’s mother, she looks to two rival noblemen as the real perpetrators.

Even with the reappearance of an unwelcome enemy on England’s shores, Viking warriors, who attack and threaten the safety and security of England, and specifically, the young king, the two noblemen are far from resigned to Lady Elfrida’s power.

As her son takes the final steps to become king in actions as well as name, she’s increasingly isolated by the deaths of allies and the scheming ways of others, including the king. Resentful of her continuing influence, Lady Elfrida faces banishment from Court with both fierce determination and acquiescence.

The King's Mother is the first part in a new trilogy.

M J Porter
I'm an author of fantasy (Viking age/dragon themed) and historical fiction (Anglo-Saxon, Vikings and the British Isles as a whole before the Norman Conquest), born in the old Mercian kingdom at some point since the end of Anglo-Saxon England. Raised in the shadow of a strange little building and told from a very young age that it housed the bones of long dead Kings of Mercia and that our garden was littered with old pieces of pottery from a long-ago battle, it's little wonder that my curiosity in the Anglo-Saxons ran riot. I can only blame my parents!