Have you heard? The Du Lac Chronicles series is only 0.99 each on Kindle for a Limited Time! #HistoricalFiction #KindleUnlimited 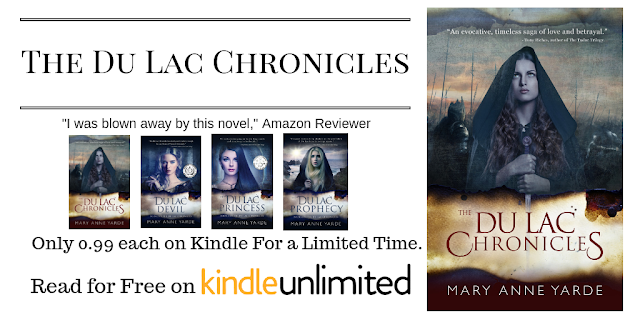 This is your chance to grab your copies of the multi award-winning and bestselling series – The Du Lac Chronicles. 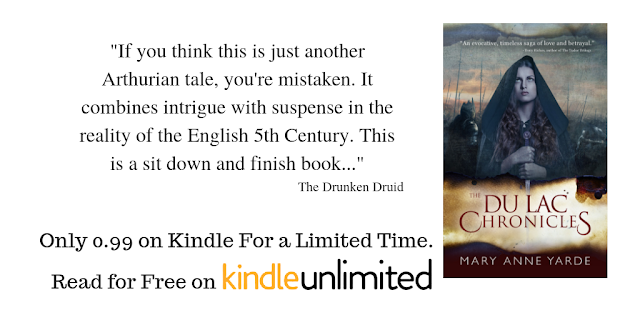 A generation after Arthur Pendragon ruled, Briton lies fragmented into warring kingdoms and principalities.
Eighteen-year-old Alden du Lac ruled the tiny kingdom of Cerniw. Now he half-hangs from a wooden pole, his back lashed into a mass of bloody welts exposed to the cold of a cruel winter night. He’s to be executed come daybreak—should he survive that long.
When Alden notices the shadowy figure approaching, he assumes death has come to end his pain. Instead, the daughter of his enemy, Cerdic of Wessex, frees and hides him, her motives unclear.
Annis has loved Alden since his ill-fated marriage to her Saxon cousin—a marriage that ended in blood and guilt—and she would give anything to protect him. Annis’s rescue of Alden traps them between a brutal Saxon king and Alden’s remaining allies. Meanwhile, unknown forces are carefully manipulating the ruins of Arthur’s legacy.

The Du Lac Devil
Book #2 of The Du Lac Chronicles 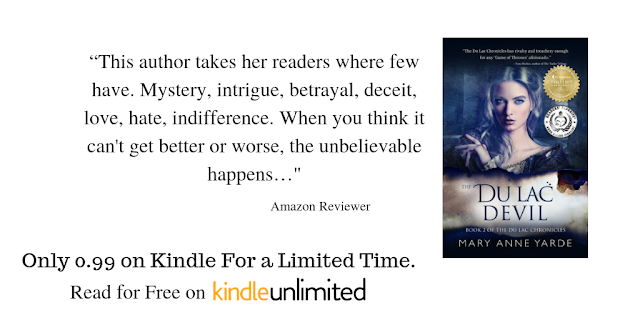 The Du Lac Princess
Book #3 of The Du Lac Chronicles 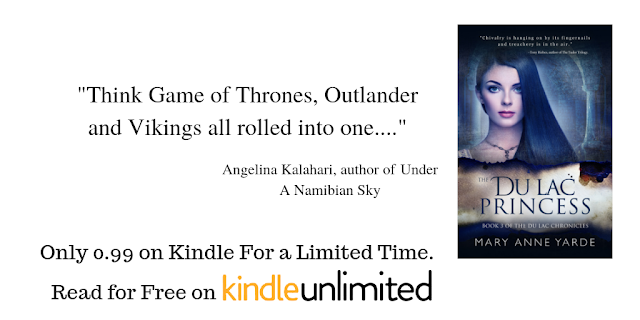 The ink has dried on a Amandine's death warrant.
Her crime? She is a du Lac.

The Du Lac Prophecy
Book #5 of The Du Lac Chronicles 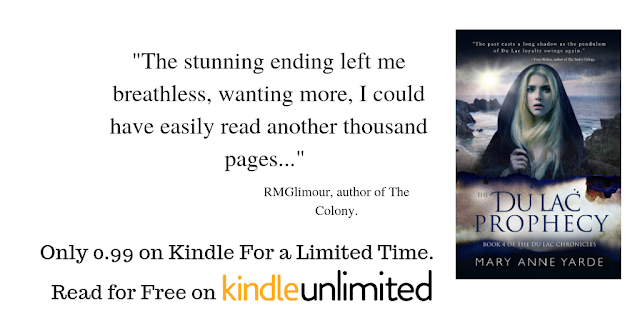 Distrust and greed threaten to destroy the House of du Lac. Mordred Pendragon strengthens his hold on Brittany and the surrounding kingdoms while Alan, Mordred’s cousin, embarks on a desperate quest to find Arthur’s lost knights. Without the knights and the relics they hold in trust, they cannot defeat Arthur’s only son – but finding the knights is only half of the battle. Convincing them to fight on the side of the Du Lac’s, their sworn enemy, will not be easy.

If Alden, King of Cerniw, cannot bring unity there will be no need for Arthur’s knights. With Budic threatening to invade Alden’s Kingdom, Merton putting love before duty, and Garren disappearing to goodness knows where, what hope does Alden have? If Alden cannot get his House in order, Mordred will destroy them all. 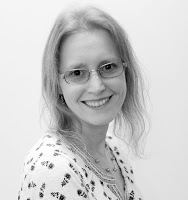 Mary Anne is the founder of The Coffee Pot Book Club. She has been a professional reader since 2016 and in this time Mary Anne has reviewed many books for the big and small publishing houses, as well as books penned by her fellow indie authors. Mary Anne is also an editorial reviewer for BooksGoSocial. Mary Anne has been a judge for a prestigious Historical Fiction Book Award for the last three years, as well as being a Top Reviewer on Netgalley.