Historical Fiction author, Patricia J. Boomsma is sharing an excerpt of her fabulous book — The Way of Glory. Patricia is also giving away a copy of The Way Of Glory #Giveaway #HistoricalFiction@hfvbt

The Way of Glory
By Patricia J. Boomsma 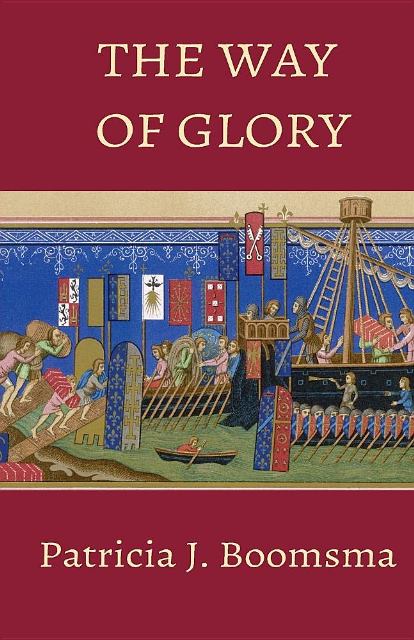 Cate, a teenage girl from twelfth century England, joins her brothers and aunt on a crusade to save Jerusalem that stops in Hispania to battle the Moors. Life on a battlefield strains the family’s closeness as they confront the terror and contradictions of holy war. Cate’s dreams of sainthood change to those of a husband and children when she falls in love with a soldier, but she finds no peace even after the family settles on land taken from the Moors. Cate’s friendship with a conquered Moor soon leads to impossible choices as she faces the cost of betrayal and the loss of all she’s known.

Praise for The Way of Glory

“One of the many impressive things about The Way of Glory is how lightly it wears its scrupulous research. This fine novel invites you to lose yourself to the compelling character and tumultuous life of a young woman trying to find God and love at the heart of a crusade rooted in greed and hate. This is a remarkable debut by a writer to watch.”

“The Way of Glory convincingly portrays a place, a time, and a people vastly different from our own. Historical fiction is a fantastically difficult genre to get right, but Pat Boomsma manages it with aplomb.”

Galan’s House
Lent 1147
Stars still shone as the dawn began to lighten the edges of the clouds when Willard trudged toward Galan’s house. The only sounds were of birds gathering in the trees and Willard’s feet cracking the thin skin of ice over puddles in the street. He dreaded this part of a priest’s job, sitting with families grieving over their dead. And this time it was Oxa, a young child, an only son!

As he neared the house, Willard put on his compassionate face. He was sympathetic, but angry too. Outraged. He knocked softly, and Father Simon greeted him with a sad smile then left.

Acha slouched near the smoldering fire, handing Galan a bowl of pottage. She silently offered Willard a trencher. He shook his head, then kissed then marked the sign of the cross on Oxa’s forehead. He knew he shouldn’t stare, but couldn’t stop himself, seeing the blues and blacks and yellows along Oxa’s cheek. He wanted to check Oxa’s hands and feet but decided to ask Father Simon instead. This family had seen enough. Willard moved slowly toward the bench along the open window, pulling his hood up against the wind. It was going to be a long, sad day.

“Sleep, Acha,” Willard said, taking her hand. “I can watch alone, and there will be neighbors coming soon.”

Willard could see her stubbornness battling her exhaustion as she looked up at him. Then she nodded and lay down on a pallet as far away from the body as possible. Willard could tell she wasn’t sleeping but was glad not to have to make conversation. What is there to say? he thought. That Oxa looks peaceful? He does not. That he is in a better place? True, but she would hear that too much in the next few days. That this wrong will be avenged? Willard feared it wouldn’t, at least not in this life.

Willard’s thoughts drifted as he sat in the stillness. He wondered how Cate was handling all this. What good were soldiers on the walls if they couldn’t tell when someone dumped a body? Lazy, useless Normans. Cate was inconsolable last night in her muddy clothes, her eyes shining with tears. It was all he could do to maintain his priestly reserve and direct his sympathy toward Acha instead of holding his sister close in his arms. She seemed very young then, young and sad and confused.

Was it just yesterday morning Cearl was teasing Cate about getting married? Willard stifled a sigh. Families. He knew Cearl’s mockery hurt Cate more than she let on. Why didn’t Cearl see it and leave her alone? Willard had seen the tears forming in her eyes as her parents discussed her marriage prospects. Cate had told him more than once she’d rather live in a convent than marry. Was that fear or religious feeling? He guessed a little of both. He knew from watching Cate with Sperleng’s friends that she was not immune to the attractions of men. But she also loved the stories of saints and fervently prayed on holy days. Not that their parents could afford to buy her a place. But how could he dismiss her desire for a religious life when he’d lived with similar dreams?

Willard knew Cate was more like him than the rest of their practical family. He often wondered when he watched his huge, strong brothers if he’d been a foundling, dropped off at their door one winter night. He knew they loved him, but sometimes it felt like the love of an adult for an infant or a stray kitten. The protectiveness of the strong for the weak.

He had tried to find humor in men’s comments about the local midwife’s voluptuousness and the sights she has seen but could not. He preferred Father Simon’s stories about Jesus’s travels with his disciples, the prophets, St. Augustine. But he never should have told Cate the stories of female saints or of holy women who refused marriage like Christina of Markyate. It had filled her head with impossible dreams.

And who could tell if a sister was beautiful, attractive to men who might want to marry her? He guessed she was pretty in her own way, taller than most girls, with light brown braids that blanched in the sun. He just loved her. Cate had the energy and joy of a child, but was responsible too, cleaning scraped knees and herding back a wandering child. He’d often seen her in the lanes surrounded by children grabbing her skirts and demanding kisses. Oxa had been especially attentive to her, running whenever he saw her, hugging her leg and handing her rocks to throw for a game or wanting to hear her tell a story. Willard guessed Oxa found Cate’s quick smile and hugs a welcome change from the quiet stiffness of his mother. Willard shook his head and glanced toward Acha. Some women just didn’t seem to know what children needed from them.

Willard got up and looked again at Oxa’s face, checking to see if by some miracle he breathed again. Wouldn’t that be glorious? But he saw nothing and walked to the window, barely noticing the smoke lifting from nearby houses. Oxa had been a fine boy, always interested in Willard’s stories about the saints. He was likely in heaven already. Willard wondered what Oxa’s life would have been like had he lived. Would he have been pious and silent like his mother? A generous drunkard like his father? So many expectations were put on an only child. Willard brushed a tear from his face.

A loud knock roused him from his reverie. “Acha,” he said softly, “They’ve come.”

During the Blog Tour, we will be giving away a paperback copy of The Way of Glory Enter:
HERE!
Giveaway Rules

• Giveaway ends at 11:59 pm EST on March 19th. You must be 18 or older to enter.
• Giveaway is open to the US & Canada only.
• Only one entry per household.
• All giveaway entrants agree to be honest and not cheat the systems; any suspicion of fraud is decided upon by blog/site owner and the sponsor, and entrants may be disqualified at our discretion.
• The winner has 48 hours to claim prize or new winner is chosen.

Pick up your copy of The Way of Glory 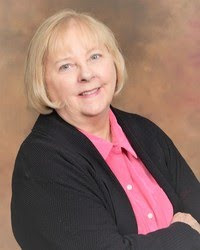 I grew up in a far southwestern suburb of Chicago among the trees and sloughs of the Cook County Park District, then attended college in Michigan. After graduating, I dreamed of an academic life teaching English literature and began a Ph.D. program at Purdue University. There I concentrated on medieval studies, receiving a Master’s and continuing on for four more years before realizing that no one I knew was finding a permanent, let alone tenure-track, position. So, instead of writing my dissertation I went to law school. I moved to Arizona to escape the brutal midwestern winters and have been practicing law there for over thirty years. My first novel, The Way of Glory, is, in part, an extension of my love for all things medieval.