The responsibility that comes with writing Historical Fiction.
By Jan Selbourne 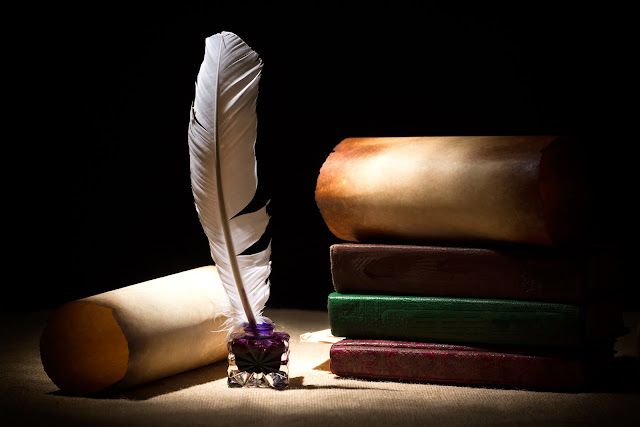 My love of history began at school and has never left me. When I began writing, it was in this genre that I felt most comfortable.

Thanks to our history books, we can read about the rise and fall of empires and dynasties, the wars and the power struggles. Inventions from the wheel to the computer and the people who’ve left their mark, both good and bad.

Whether we write historical romance or historical suspense, I believe we must make the era of choice as authentic as possible, warts and all. We can’t drop our characters into the Tudor era for example, without portraying life as it was – turbulent, religious and political upheavals, Henry dispatching wives to the block, Bloody Mary burning heretics at the stake, and more. Another example is the Regency era. It was a renaissance of architecture, politics, fashion, music and culture. Beneath the gloss was poverty, disease, a rigid class system and harsh punishments for petty crime. An Irish ancestor of mine was given a free ride in chains to Van Diemen’s Land (now Tasmania). The 13,000 miles journey, with appalling food and conditions, took three months. Her crime was stealing fifteen shillings.

Research is essential for an accurate background, the value of money, customs and travel – a coach trip from London to Edinburgh in the 18th century took a week or longer in bad weather. 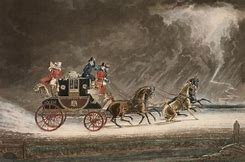 When I began writing Lies of Gold, I wanted to know more of the 18th and early 19th century marriage laws. I discovered women had very few rights. They belonged to their husbands and any property, money or income was therefore his. Leaving a marriage meant walking away with nothing and losing all rights to their children. If in his opinion she was unhinged or uncontrollable, he could legally have her committed to an asylum. This unpleasant fact was touched on in the Poldark TV series.
Of course, our stories shouldn’t be gloom and doom, we can write the most endearing love stories, or the villain gets his just rewards in a drama, as long as it's believable.

My books Perilous Love and The Proposition are set in England and Europe during and after World War One. While researching and writing Perilous Love, I visited battlefields in Belgium and France. The carnage during that war was horrific, so many young men blown to pieces and unrecognisable. Today thousands of those war graves bear the inscription Known Only to God. I wondered if it was possible to steal a dead soldier’s identity disc. After all, their handwritten war service records stated their name, age, religion, birth place, marital status and general height/complexion. I contacted the Australian War Memorial and London’s Imperial War Museum asking if it was possible. They replied that it was indeed possible but did not confirm it had happened. That gave me the OK to begin The Proposition. Two men, similar in colouring and height meet on the eve of the huge Battle of Amiens. One is killed, the other falls wounded beside him. It’s a huge risk, a hanging offence and his only hope of a new life. He swaps identity discs. 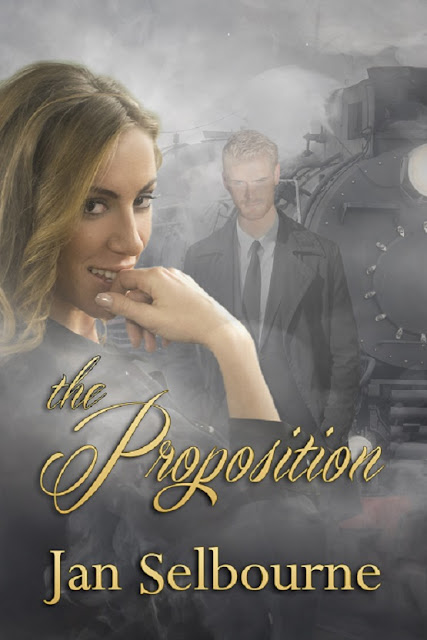 Stealing a dead soldier's identity discs was Harry's only hope of a new life. He wasn't to know that new life would push him into blackmail and murder. To survive he must live this lie without a mistake, until Lacey and the truth.

Harry screamed as excruciating pain tore through his ears, then something slammed into him. He couldn’t hear, he couldn’t see, he couldn’t move. He was dead and the Man he didn’t believe in had despatched him to sinners’ hell. His throat convulsed and gagged on the dirt stuffed in his gaping mouth. Oh Christ, he was buried alive by the huge weight pressing down on him. His heart thumped with terror. Don’t move, don’t swallow, but his throat gagged again, and instinctively he coughed and spat. Frantic, he gasped and coughed again and felt cloth brushing against his face. He was lying on his outstretched arms. Hot tears filled his eyes. Very soon this little pocket of air would be gone, and he’ll die a slow death. No, think, think, push your hands forward. What if he was lying upside down?
The earth beneath him shuddered and soil fell onto his head. The weight above him was shifting, just like the underground coal mines before they collapsed. More soil fell on his arms and the blackness above him turned grey. Scrabbling like a crab, he wriggled upwards and howled in agony when a savage pain sliced through his leg. Gasping and terrified of falling back, he pushed up further into the light. He had no idea where he was.

Dragging the precious air into his lungs, Harry lifted his head to a silent scene from hell. Black roots of trees pointed to the sky and thick smoke poured from huge craters gouged into the earth. Just like the books on the Apocalypse. It took many seconds before his eyes told his brain the craters were dark red and littered with dozens of bloodied, twisted bodies. Some stared up into nothing, some face down. Harry looked behind him and opened his mouth to scream but no sound came out. He’d been pinned beneath todies submerged in the crater still smoking from an exploded shell. The entrails of one body oozed into the bloodied soil and the other body, oh God. Harry’s stomach heaved, he was covered with blood and guts. Using his arms, he lurched forward, bit by bit over the churned earth towards the blackened tree stumps. The ground shook again making him cringe. In the distance, a thick pall of black smoke was covering the rows of men fighting furiously while shells pounded around them, but it was eerily silent. Like the films at the picture house without the words on the screen.

Harry struggled to his knees and almost fainted from the pain in his leg. Closing his eyes, he fell onto his side, breathing deeply, then reached down to feel the blood oozing through his trouser leg. He rolled onto his stomach.

“Come on, move, move.” He dragged himself forward until he came to a mound, but his strength failed. “Give up,” his mind screamed, then his eyes settled on a water canteen half buried in the earth. Pulling it out, he unscrewed the cap and drank. Nectar. Spitting the dirt out of his mouth he gulped the water greedily, feeling it flowing through his body and clearing his mind.

“Oh, Jesus.” The mound was a pile of bloodied bodies with sightless eyes. He couldn’t crawl over them. He couldn’t do it. Crying and wheezing with the pain in his leg he inched around them and looked back. The crater was barely thirty feet behind him. He had to stop. Why crawl to the trees? Stay here. Rest.

The throbbing in his leg forced Harry’s eyes open. If he could crawl to the little rise ahead of him, he’d stop there. Using his elbows to propel him, he inched forward and without warning, the earth gave way. Tumbling down the small slope he fell against a solid lump. A lump in uniform whose blank eyes stared directly into his. Jerking back, he clutched his head as excruciating pain tore through his ears. Moaning, he rocked back and forth until it eased and when he opened his eyes bile ran into his mouth.

Insects were taking up residence in the gaping, oozing chest cavity while the neck and chin, mouth and nose were strangely untouched. The scalp had gone. Harry turned away as his stomach heaved again. Move, move. Inching forward, his fingers touched a shiny object in the churned soil. He stared stupidly at the unscathed cigarette case.

“Oh no!” he turned back and leaned closer to read the name on the identity discs. Andrew Conroy, his service number and C E. The poor scared bastard with no family. He wanted to move away but his feeble strength failed. He’d rest here for a while.   Holding the cigarette case with both hands, he lay back against the crumbled mound. He was so damn tired.

Voices, shouting. He forced his eyes open and everything tilted sideways. Blinking, he squinted at the hazy moving objects, oh yes, the Red Cross stretcher bearers and wagons were picking up the wounded before the ghastly task of removing the dead. Feeble, whimpering cries rose from the churned soil, arms outstretched from the wounded and barely alive pleading to be rescued from this bloodied, silent, wasteland.

Harry looked at the cigarette case in his hand and its owner lying next to him. It was a hanging offence. If he did, there would be no turning back. If he didn’t...

He had no strength; his fingers wouldn’t work. Do it, for Christ’s sake, do it. His chest wheezed, and his weak hands fumbled with the effort of pulling Andrew Conroy’s discs over the gaping skull. His arms ached with the mammoth task of removing his. When it was done, he lay beside the body. He wanted to say something, beg him to understand, but he couldn’t find the words.

A lump was in his throat. “Mate, you are in a better place.”
His tears dripped onto the soil beside the body before he crawled away and lifted his arm.

Amazon • B&N • BooksWeLove
It occurred to me that what we do today will be our history tomorrow. Let’s hope the future generations doing their research will get it right!

I live in New South Wales, Australia. I grew up in Melbourne, (Victoria), and thank my parents and teachers for my love of history and books. After school and business college, I entered the dusty world of accounting, then aged 21 I joined the tide of Aussies travelling to the UK for a working holiday. There in front of me was the history I’d read about. I was hooked. Marriage and two children and career put my urge to write on hold, and now, finally retired, I’m able to devote the time to writing.
Connect with Jan: Website • Facebook • Twitter.