#HistoricalRomance author, Penny Hampson, is taking a look at the diaries of Samuel Pepys #History @penny_hampson

An Author’s Inspiration:
The Diary of Samuel Pepys
By Penny Hampson

If you asked me what inspired and continues to inspire me to write, I would have to say it is my fascination for discovering the lives of people from the past. Strangely, I was never any good at history at school — although I was passionate about learning about the past, I never seemed to achieve the standard required by my teacher (a scary woman) and eventually, when forced to make a choice between subjects, I gave it up. But that didn’t end my love affair with all things historical. I continued to devour books on historical subjects in my own time.

Some years later, at home with two young children, the prospect of returning to work as a civil servant did not appeal. I decided to return to the formal study of history and enrolled with the Open University. Studying part-time in this way meant I could fit my studies in with family life. The rest, as they say, is history. Studying with the OU was certainly one of the better decisions of my life (apart from marrying my lovely husband of course, who supported and encouraged me all the way).

For many people, history usually means looking at the broad strokes — political movements, government decisions, wars, cultural aspects, which is always interesting (honestly), but I’m interested in the details too — the clothes, the pastimes, the food, and especially the personalities.

I’ve studied and read about all the obvious ones, like the Tudor and Stuart monarchs, and the figures who peopled their courts. I’ve also discovered others who, though important, were not royalty, but movers and shakers in other spheres.

One such personality is my very first history ‘crush’ — the Restoration diarist Samuel Pepys (1632-1703). His lively and evocative diary (now available online at Project Gutenberg and also at The Diary of Samuel Pepys is one of the most enthralling documents that I have ever read. His character comes across so vividly — the meticulous, thorough, archetypal civil servant, who adores theatre-going, is passionate about music, who occasionally is mean and petty (especially to his poor wife, Elizabeth)… and, it has to be said, is a bit of a lad (to put it mildly). Pepys tried to hide his innermost naughty thoughts by putting them in a mix of different languages, even though the diary itself is entirely written in shorthand anyway, inaccessible to most people, and certainly to his wife.

Pepys was witness to some of the most significant events of the age. Because of his cousin, patron, and generous benefactor, Sir Edward Mountagu, Earl of Sandwich (1625-1672), Pepys was present in May 1660 when Charles II arrived back in England to reclaim the throne. Shortly after, again, with  Mountagu’s patronage, Pepys became one of the Principal Officers of the Navy, being made Clerk of the Acts to the Navy Board, and so found himself well placed to observe all the goings-on of court life. All these events and more Pepys meticulously records in his diary, which he kept from January 1660 until 31st May 1669.

Through his diary I experienced his fear of the Plague that raged through the country in the summer of 1666 and felt his dread at the Great Fire of London in September the same year.

‘I…walked, through the City, the streets full of nothing but people and horses and carts loaden with goods, ready to run over one another, and, removing goods from one burned house to another.’

There is excitement of another sort when on 21st May 1662 Pepys notes:

‘And in the Privy-garden saw the finest smocks and linnen petticoats of my Lady Castlemaine’s, laced with rich lace at the bottom, that ever I saw; and did me good to look upon them.’

Pepys was a noted admirer of ladies, some might say he used his position of power to enjoy rather intimate liaisons with the wives and daughters of navy personnel under his command, and there were numerous escapades with ladies of easy virtue he happened to meet during the course of the day. On 18th August 1667, he records that he tried to grope a lady in church, who was to his disappointment, not so willing: ‘at last, I could perceive her to take pins out of her pocket to prick me if I should touch her again — which seeing I did forbear.’ It doesn’t however stop him moving on to another young lady who is a little more permissive — all that during one church service, then going off to join his long-suffering wife!

Pepys enjoyed all the finer things in life, such as visits to the theatre, dining with friends, and  musical evenings. One of the most moving diary entries for me occurs on 27th February 1667/8

‘But that which did please me beyond any thing in, the whole world… which is so sweet that it ravished me, and indeed, in a word, did wrap up my soul so that it made me really sick, just as I have formerly been when in love with my wife; that neither then, nor all the evening going home, and at home, I was able to think of any thing, but remained all night transported, so as I could not believe that ever any musick hath that real command over the soul of a man as this did upon me.’

Pepys perfectly captures that feeling of pleasure one gets when hearing a particularly fine piece of music, even comparing it to the ecstasy of falling in love. For all his sins, and he had a few, Pepys certainly had soul.

Despite all his faults, I’m a big fan of Pepys, mainly I think, because he is so human. He makes vows to be good, which he adheres to, sometimes for quite lengthy periods, and then he breaks them. Who cannot identify with that human frailty?

One of the highlights of my life was reading some of Pepys’ original papers, which are held in the Rawlinson Collection at the Bodleian Library in Oxford; I have yet to visit the Pepys Library at Magdalene College, Cambridge, where his original diaries, books, manuscripts, documents and prints are held. It is on my list!

So, it was discovering Pepys, and others like him, that fired my enthusiasm for history. Why not read a little of Pepys’ diary and transport yourself to Restoration England - you’ll be amused, probably shocked, but also come to understand that essentially, human emotions and concerns remain pretty constant through the ages.

An Officer’s Vow
By Penny Hampson 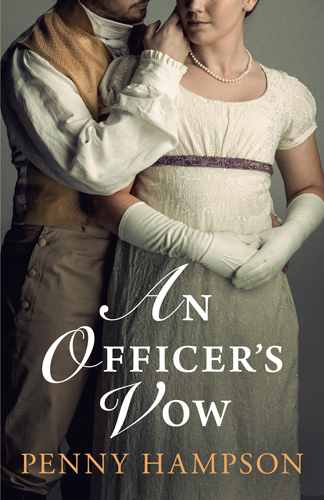 The future looks bleak to Major Nate Crawford. Depressed after being sent home from the Peninsular Campaign as unfit for service, he contemplates ending it all. Then an unexpected opportunity for adventure beckons in the shape of a delightfully intriguing runaway heiress. He will prove his worth as an officer and a gentleman by offering his help. He has a plan…

Lottie Benham is desperate. Her life is in danger and she needs a place of safety until her next birthday. The unexpected proposal from this attractive, but intimidating officer could be the answer to her prayers. Not normally a risk-taker, she decides to gamble all by placing her trust in this charismatic gentleman, who she suspects might be more in need of help than she.
But the best laid plans…

Caught up in conflict, danger, and deception, will Lottie and Nate survive to find the perfect solution to their problems? 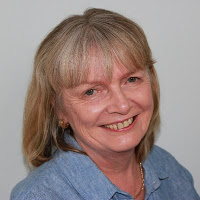 Having worked in various sectors before becoming a full time mum, Penny Hampson decided to follow her passion for history by studying with the Open University. She graduated with honours and went on to complete a post-graduate degree.

Penny then landed her dream role, working in an environment where she was surrounded by rare books and historical manuscripts. Flash forward nineteen years, and the opportunity came along to indulge her other main passion – writing historical fiction. Encouraged by friends and family, three years later Penny published her debut novel A Gentleman’s Promise.

Penny lives with her family in Oxfordshire, and when she is not writing, she enjoys reading, walking, swimming, and the odd gin and tonic (not all at the same time).
Connect with Penny: Website • Twitter