Have a sneak-peek between the covers of Elizabeth R. Andersen's fabulous novel - The Scribe (The Two Daggers, Book 1) #HistoricalFiction #MedievalFiction #BlogTour @E_R_A_writes The Scribe
(The Two Daggers, Book 1)
By Elizabeth R. Andersen 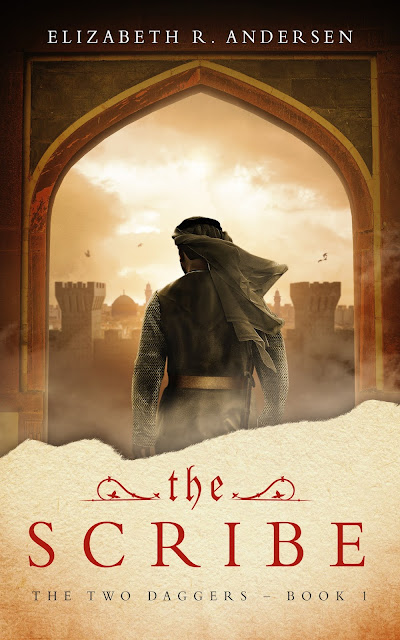 All Henri of Maron wanted was to stay with his family on his country estate, surrounded by lemon groves and safety. But in 13th century Palestine, when noble-born boys are raised to fight for the Holy Land, young Henri will be sent to live and train among men who hate him for what he is: a French nobleman of an Arab mother. Robbed of his humanity and steeped in cruelty, his encounters with a slave soldier, a former pickpocket, and a kindly scribe will force Henri to confront his own beliefs and behaviors.
Will Henri maintain the status quo in order to fit into a society that doesn’t want him, or will fate intervene first?
The first book in The Two Daggers series, The Scribe takes readers on a sweeping adventure through the years and months that lead up to the infamous Siege of Acre in 1291 CE and delves into the psyches of three young people caught up in the wave of history.

Pick up your copy of The Scribe at your favourite online bookstore:
Click HERE. 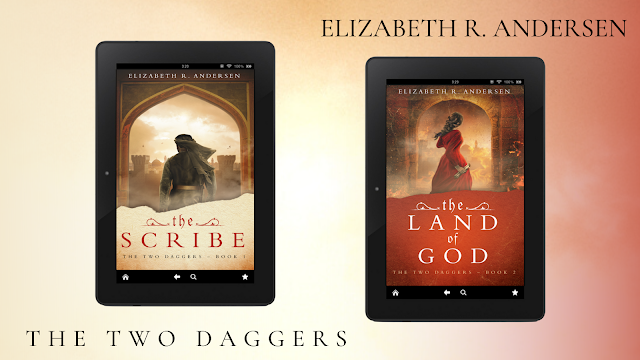 The Land of God
(The Two Daggers, Book 2)
By Elizabeth R. Andersen 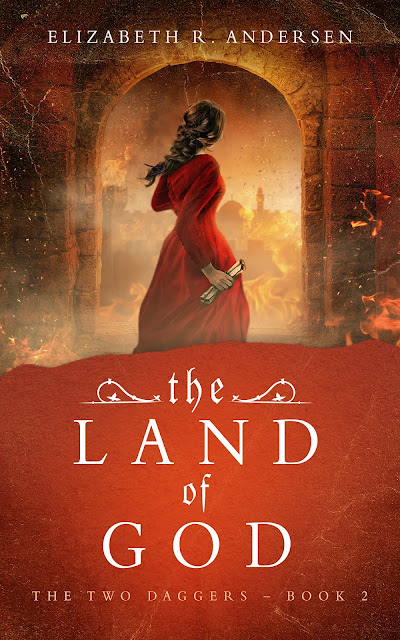 Publication Date: 8th November 2021
Publisher: Haeddre Press
Page Length: 350 Pages
Genre: Historical Fiction
Pain. His sister’s screams. And a beautiful face in the jeering crowd. When Henri of Maron woke, he had only a few memories of his brutal flogging, but he knew the world had changed. He had changed.
Now, as he grapples with the fallout from his disastrous decisions, war with the Mamluk army looms closer. To convince the city leaders to take the threat seriously, Henri and the grand master of the Templars must rely on unlikely allies and bold risks to avoid a siege.
Meanwhile, Sidika is trying to find a way to put her life back together. When she is forced to flee her home, her chance encounters with a handsome amir and a strangely familiar old woman will have consequences for her future.
The Land of God weaves the real historical figures with rich, complex characters and an edge-of-seat plot. Readers who enjoyed the Brethren series by Robyn Young and The Physician by Noah Gordon will appreciate this immersive tale set in the Middle East in the Middle Ages.

Pick up your copy of The Land of God at your favourite online bookstore:
Click Here. 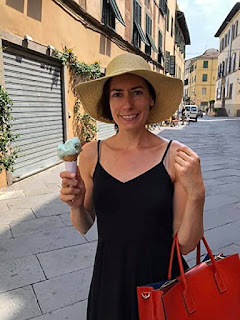 Elizabeth R. Andersen's debut novel, The Scribe, launched in July of 2021. Although she spent many years of her life as a journalist, independent fashion designer, and overworked tech employee, there have always been two consistent loves in her life: writing and history. She finally decided to do something about this and put them both together.
Elizabeth lives in the Seattle area with her long-suffering husband and young son. On the weekends she usually hikes in the stunning Cascade mountains to hide from people and dream up new plotlines and characters. Elizabeth is a member of the Historical Novel Society and the Alliance of Independent Authors.
Connect with Elizabeth: 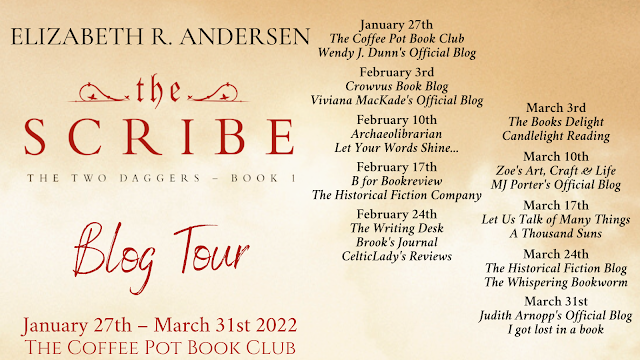