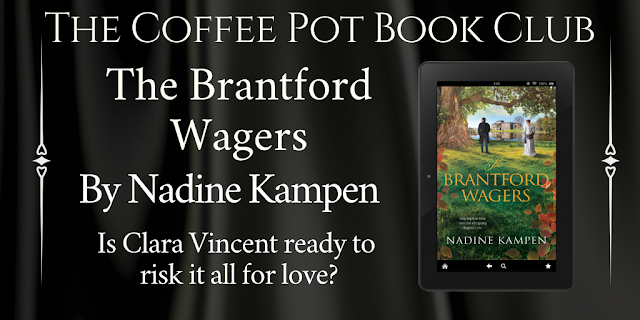 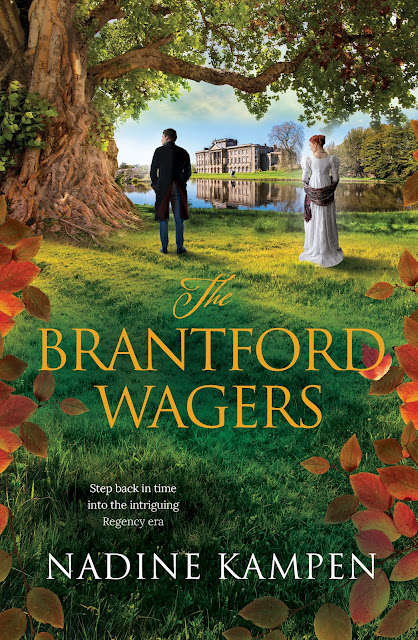 Publication Date: January 20, 2022
Publisher: Birdsgate Publishing
Softcover Pdf Page Length: 358
eBook Length: 106K words
Genre: Fiction / Historical / Romance / Regency (traditional)
Is Clara Vincent ready to risk it all for love?
Clara Vincent is “the artful dodger” when it comes to marriage, especially when her father is bent on match-making. Will her attitude change when she meets two eligible suitors and is drawn into the lives of intensely competitive families? Clara falls unexpectedly in love, but when fortunes are reversed and relationships up-ended, she needs to decide whether to trust James Brantford, who is seeking retribution, or accept the love of the man everyone else believes is her ideal match.
As the Brantford wagers unfold and lay bare the history of past relationships, will Clara be able to learn the truth and finally follow her heart?
Author NADINE KAMPEN immerses the reader into the fictional world of historical romance and offers a fresh voice for fans of traditional Regency romances.
The Brantford Wagers, the first novel in "The Brantford Series," shares the antics and intrigue of characters set in the United Kingdom's memorable Regency era. In the fall of 1813, with war underway on land and sea in Europe, North America, and other distant shores, families and friends at home in England face their own daunting challenges and find plenty of excitement and romance in their daily lives.

Chapter 6, Meeting at the River

Clara walked for close to an hour. Stopping on a small rise, she could hear dogs baying and saw a group of riders on a distant ridge. She felt a keen sense of pleasure. The air was fresh, the ground damp and sweet smelling. Her steps quickened as she followed a well-used path down to the river. Fatigue of the past few days fell away. Lifting the dress to keep it clean, Clara ran at an easy pace down the slope. She arrived at an old footbridge and moved towards the middle. Pausing, she leaned over the wooden rail and watched the clear water flowing rapidly beneath her. She closed her eyes, letting the morning sun bathe her skin.

Clara was surprised to hear a sweet voice calling out. She turned to see a young child standing on the opposite bank, further along, and quite alone. Clara watched with interest as the little girl danced around one of the shrubs and then spoke in the direction of the thicket.

‘There you are! Come out, come out!’ she cried in a coaxing voice that carried easily to Clara. The child, crouching down and peering into the underbrush, had fixed her gaze upon a wild-eyed fox, evident as well to Clara from her position.

‘I shan’t hurt you,’ the girl promised, stretching her hand out towards the creature.

Movement by the child and nearby rustling startled the fox. Clara heard a sudden crashing sound. In an instant, the fox dashed away. Two large hounds broke through into the clearing and the little girl, trying to get out of the way, plummeted off the bank. Clara, her heart pounding as she heard the child scream, raced off the bridge and ran along the embankment towards where the child fell. The river, full from yesterday’s heavy rain, carried the child’s body outwards and downstream. Despite the strong current, the little girl managed to keep her grip on a protruding branch. She was on her stomach one minute and flipped to her back the next by the fast-flowing water.

Clara struggled to find a branch to brace her feet against and something to hold on to along the muddy embankment. Clutching at tree roots on the riverbank with one hand, she slid down the bank and grabbed the small girl’s tiny wrist. Digging her boots into the wet earth, Clara pulled the child out of the water and lifted her to safety.

The two of them collapsed onto the bank. The sputtering child lay exhausted in Clara’s arms. It was only for a matter of seconds that they were lying thus when a man rode into the clearing just a few feet from where they lay. His horse, to avoid trampling on the pair, reared above them. Scrambling to her knees to pull the child out from under the horse, Clara had the misfortune to then slide backwards off the ledge, falling into the water in much the same manner as the child had done not long before. She struggled for a few moments, then wedged one foot into the crux of an underwater branch, grabbed an exposed root on the bank, and tried to haul herself forward. With one foot still without a foothold, she dug her free hand in the mud and grass for a grip of anything secure.

Mr James Brantford, the man on the horse, the eldest son of Oliver Brantford, the intended husband for every young woman in the district, and the man so eagerly expected at the Drinscol gathering tomorrow evening, was fortunately an agile man and owner of a muscled frame. He was also, thankfully, quick thinking and decisive. He immediately dismounted, climbed part way down the bank, caught hold of Clara’s wrist, and pulled Clara to solid ground. Positioning himself opposite his horse and holding Clara tightly to his chest for the moment, he manoeuvred in such a way as to impede the child’s attempted dash into the woods.

‘Stay right where you are and do not move,’ the man said sternly to the little girl.

Clara, startled by his tone, but seeing that the child was safe, broke free of his grip and looked ruefully down at Mrs Simpson’s dress and assessed the damage. She was, during this time, too preoccupied to see what looks she had earned for herself.

Mr Brantford stared in confusion at the unusual figure before him, taking in her appearance from tousled head to muddy toe. How was he to piece the images into a cohesive whole? Here stood a woman of remarkable composure, in these interesting circumstances, with a fine figure, he was easily able to judge, and rather good looks. And what a picture she made. Her items of clothing were extremely ill-fitted. The wet dress was wildly askew, and the woman’s petticoat was sliding down over the tip of one of her boots. The boots, he decided, were of excellent construction, of a kind his sister wore, and vaguely familiar. As for the lady herself, she was wet, smeared with mud, and her auburn hair curled wildly around her face. The child edged towards her. As Clara clasped the little girl’s limp hand, she started to slip backwards again.

Mr Brantford reached out and pulled her towards him, worried that she and the child might both slip again. Frustrated, she raised her dark eyes to him and said, ‘You may release hold of me. I can stand perfectly well by myself.’

‘I have yet to see it, but as you wish,’ he replied. Reluctantly, he let go of her, and found himself intrigued by the tone of authority in her voice.

Pick up your copy of  The Brantford Wagers at your favourite online bookstore.
Click HERE! 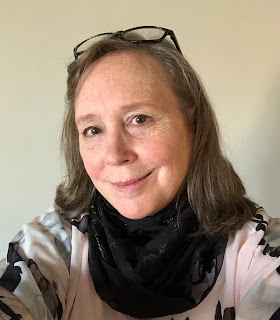 In her début novel, The Brantford Wagers, Nadine Kampen draws on her passion for stories that bring a smile and warm the hearts of the reader. The author immerses the reader in the fictional world of traditional historical romance, set in the memorable Regency England period, sharing the hopes, schemes, and antics of her characters.
Prior to her career as an author, Nadine served as a regional marketing manager with an international consulting firm and as a communications and marketing director on university campuses. Earlier in her career, she worked in public relations and journalism, and was co-author and project lead for five non-fiction books comprising The Canadian Breast Cancer Series, published in 1989.
A resident of Winnipeg in Manitoba, Canada, Nadine loves relaxing with family and friends, reading and walking, playing tunes on her 1905 Bell piano, and gardening.
Connect with Nadine: Website • Twitter • Facebook • LinkedIn • Instagram • BookBub • Amazon Author Page • Goodreads