Join #HistoricalFiction author, Vali Benson, as she talks about the inspiration behind her multi award-winning novel - Blood and Silver @BensonVali 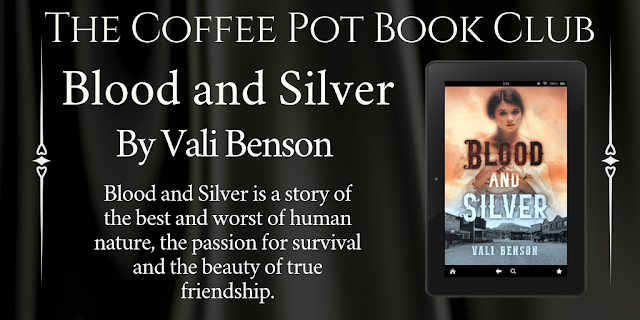 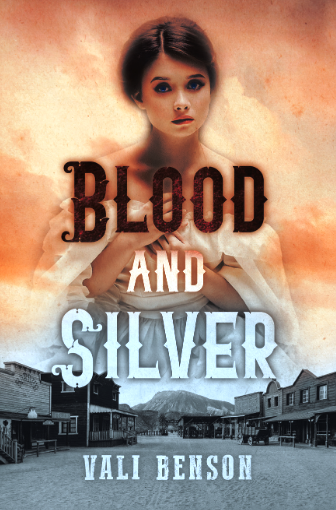 Publication Date: 3rd April 2020
Publisher: Tellwell Publishing
Page Length: 142 Pages
Genre: Young Adult Historical Fiction
What is a twelve-year-old girl to do when she finds herself in the silver boom town of Tombstone, Arizona, in 1880, and her only home is a brothel, and her only parent is a drug-addicted mother? If she is Carissa Beaumont, she outsmarts the evil madam and figures a way out.
After tricking the madam, Miss Lucille, into summoning a doctor for her mother, Lisette, she discovers that Miss Lucille has been drugging her. She and the kind doctor make a plan to try to save Lisette by dosing her down on the drug.
Doctor Henderson tells Carissa that the only source for the drug is a Chinese immigrant named China Mary, who lives in Hoptown, at the other end of Tombstone. Carissa has no choice but to go to the powerful woman for help. Many say that China Mary is the one who really controls Tombstone.
China Mary admires Carissa's brave spirit and uses her influence to get her a job at the new Grand Hotel, which will free Carissa from her many duties at Miss Lucille's. She will work along with Mary's twelve-year-old niece, Mai-Lin. The two girls become fast friends.
Then, disaster strikes, and the two girls must work together to stay alive.
With a host of colorful characters and meticulous attention to period detail, Blood and Silver is a story of the best and worst of human nature, the passion for survival and the beauty of true friendship.

The girls enjoyed exploring the hotel when they could. The only place they didn’t like was the damp, dark basement, but occasionally they were asked to go down there to fetch something from the supply room.

The handyman, known only as Joe, had his bedroom down there. Unlike most of the nice people who worked at the Grand, Joe was a strange fellow, secretive and surly. He told the girls several times that they were not to go near his room in the basement, which of course stirred their curiosity.
One day when they were especially early, the head housekeeper asked them if they would go down and bring her more linen.

“I wonder why he forbids anyone to go in his room,” Mai-Lin wondered.

“Oh no, Callie, I am too frightened!”

“Okay, you just watch the stairs and let me know if he comes down.”

Before Mai-Lin could stop her, she picked up the lantern and ventured in.

With Mai-Lin watching the stairs, Carissa checked the room. The man’s bedroom was little more than a hovel. A quick glance told Carissa that there was nothing exciting about his spartan quarters. But as she turned to leave, she noticed that he had a curtain on the back wall. That’s odd, she thought. Why would he tack up a curtain on the wall? She touched the curtain and, feeling only empty space behind it, moved it aside. Her breath caught in her throat.
Old Joe had dug a tunnel from his bedroom into the silver mine! Carissa looked into the tunnel, which was about fifteen feet long. Shaking off her fear, she peered into the tunnel and discovered that there was a shiny stripe down the wall that could only be silver. Someone, most likely Joe, had been digging it out. It was horribly dank and it stunk in there. Suddenly, her fear at being found was so great, she nearly dropped the light.

She rushed out, her heart pounding. Mai-Lin, watching the stairway, asked her what happened. Carissa grabbed Mai-Lin’s hand and pulled her upstairs and then up the back stairs to the third floor and their little room before she was even able to speak.

*
“He is in Hoptown now to get the opium to smoke,” Mai-Lin said. “They will keep him for some time, but we must work quickly!”

The girls grabbed a lantern and walked through the kitchen to the basement door. Before they went down, Mai-Lin stopped and announced, loudly enough for all of the Chinese workers to hear, that they had been asked to count the linens in the storeroom downstairs.

Carissa smiled when Mai-Lin told her what she had given as their excuse. As they descended the stairs, she wanted to think good things, because she was frightened out of her mind.

“I think we both should do,” Mai-Lin told her. “Two times as fast.”

“Mai, remember what your aunt said? One should watch.”

“Then, Callie, you watch. I go in. If someone finds us, China Mary … the Tong will protect me.”

“They will also protect me,” Carissa said. When Mai-Lin looked at her, she realized that her friend was right. China Mary would protect Carissa as one of her own. She already had. And Carissa was the stronger of the two girls. She nodded.

“Okay, Callie,” she agreed reluctantly. “If you hear me very loud on the stairs with my feet, you come out right now.” The stairs were about thirty feet from the entrance to old Joe’s bedroom, but the silver was another fifteen feet inside, down the tunnel.

Carissa reached out and squeezed her friend’s hand. “I’ll be fine. You will know what to do.”

With that, Carissa headed into the little bedroom and pushed back the cloth that covered the opening of the tunnel. She pulled out the tool that China Mary had given her and, unconsciously, rubbed it between her fingers. It was kind of creepy that, beyond the tunnel old Joe had so painstakingly carved, she could actually hear the activity of the miners in the tunnels on the other side. She heard a constant clink-clink-clink of the pick axes. It was comforting in a way. Perhaps her efforts wouldn’t be heard.

The dark stripe gave way, and some of the metal fell into her hand. Suddenly, Carissa was manic. She gouged and gouged in a frenzy, not even bothering to pick it up after a bit. It seemed only a few minutes, although it had been nearly an hour, when Mai-Lin called out from nearby.

“Callie? We need to be upstairs soon. Did you find anything?”

When Mai-Lin saw what lay on the ground, she exclaimed something in Chinese. Carissa looked at her, half-crazed.

“Callie, this is much! Help me pick this up, and we are finished!”

“Callie! Come! Help me!” Mai began to fill her pockets with the dark gray metal at her feet.

Carissa realized that every stroke she had made was a strike in the heart of Miss Lucille. She had been completely lost in her mind, and, in doing that, she had endangered herself and Mai-Lin.

“Mai, I’m so sorry! Go back and watch. I’ll get it.”
As Mai-Lin backed out of the tunnel, Carissa knelt to pick up the rest of the raw silver, stuffing it in her big pockets. She froze as she heard Mai-Lin scream. Screaming had not been in the plan.

She ran out of the tunnel and saw old Joe lurch into his room. 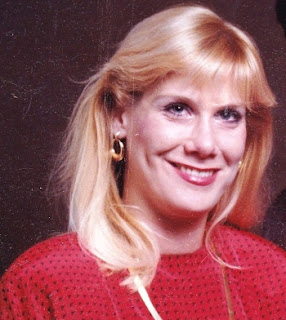 After graduating from the University of Illinois, Vali started and sold two successful businesses before she decided to pursue her real passion of writing. She published several articles in a variety of periodicals, including History Magazine before she decided to try her hand at fiction.
In April of 2020, Vali published her first novel, "Blood and Silver." That same month, she was also made a member of the Western Writers of America.
"Blood and Silver" has been well received since its release. On November 6, 2021, it won first prize for fiction at the Arizona Literary Awards. In addition to winning in the Arizona Literary Awards, the book won two awards at the 2021 San Francisco Book Festival. It was the only book to win two awards, taking home top honors in the History and the Young Adult categories.
Since July of 2021, "Blood and Silver" has also won at the New York Book Festival, the New Mexico/Arizona Book Awards, the Paris Book Festival, the Moonbeam Book Awards, the Royal Dragonfly Book Awards and the 2021 American Fiction Awards.
Vali grew up in the Midwest. She now lives in Tucson with her husband, two sons and grandchildren.