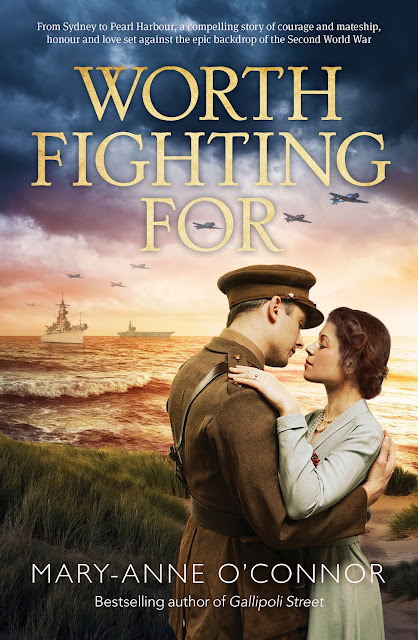 Eighteen-year-old Junie Wallace is a smart girl and, with her two brothers away at war and her third brother just killed in action, she knows there is only one way to save the family farm for her grieving parents. Unfortunately, that solution involves marrying the unscrupulous Ernest, and breaking the heart of the young drover she loves, Michael.

But the war is looming ever closer, and when Pearl Harbour brings the threat of Japanese aggression to Australian shores, the fates of many becomes inextricably interwoven.

From the explosive battles of the Pacific campaign to the desperate fighting in the Papuan New Guinea rainforest; the dancehall gaiety of Sydney’s Trocadero to the terror of the Darwin bombings, this epic family saga brings home the importance of mateship and of fighting for what you believe in, even when impossible odds seem stacked against you, even when all seems lost…

Worth Fighting For is a resounding testament to the enduring force of love: a reminder of what can be achieved if you draw on your reserves of courage and listen to the truth in your heart.

I am very fortunate to be part of a large family- 56 first cousins and 23 aunts and uncles in fact- and we are a social bunch. As the youngest grand-daughter on both sides I’ve always enjoyed sitting at the kitchen table while everyone chatted over cups of tea and shared stories about their lives- in particular my parents and their siblings and spouses.

Comical tales including the lugging of a pot belly stove down treacherous bushland to their beach shack (and ending up upside-down in the creek!), stories of Nana baking bread in a dug-our ants nest on the farm, Uncle Des telling us about his adventures in the wild jungles of New Guinea where he faced real-life cannibals…it was like reading a series of fascinating biographies- made richer by the love I felt for each of them.
But most of all I was captivated by the emotional journey they all endured during the wars.

My grandfather, James ‘Da’ Clancy, served during WWI and was only seventeen when he joined up. He soon found himself having a grand old time, partying hard in Cairo and thinking it a wonderful adventure until he landed in Gallipoli. That’s when family history changed for us all, the impact of his experiences returning home with him after five long years of war, a different man to the naive one who’d left Australian shores.

Times were hard for this damaged generation. Da and Nana raised eight children during the Great Depression, enduring extreme poverty and hardship and losing one child in infancy. It was incredible to hear tales of the family’s survival and courage over those teacups- beating snakes away down the path, cardboard lining the soles of their worn shoes, panning for gold dust and living off wild rabbit in remote country. It was really only their sense of humour and love for one other that kept them going until they were eventually able to move back to Sydney and start afresh.

Nana was an enterprising, determined type- kind and generous and a little bit ‘witchy’ Da used to say. She could find a penny no matter where he hid it and always seemed to know what the kids where up to ahead of time. She used a fair dose of that cunning along with a truckload of faith to land them the prize of a house of their own on top of a hill on Gallipoli Street. This home was so happy and so filled with music, laughter and love I could listen all day to the stories that occurred therein but ultimately it was the tragedy and strength that occurred there that inspired my first novel Gallipoli Street, so named for that special place. 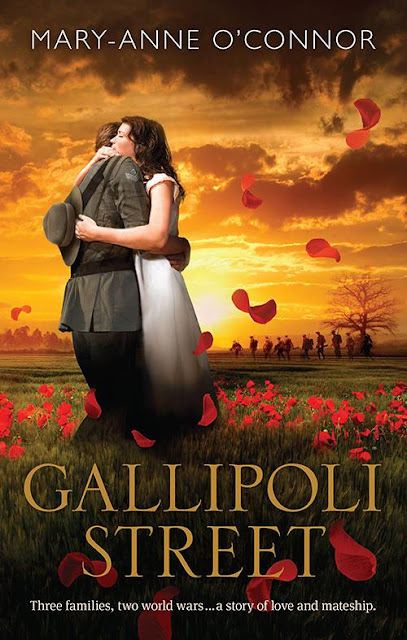 Nana and Da’s happy home was shadowed by war and once more the country felt the fear and uncertainty of having another generation survive brutality and bloodshed. I had four uncles go to fight, one never to return, and the tale of this second war inspired my second novel, the newly released Worth Fighting For. The real life experiences of Uncle Jack who trained then fought with a bunch of underage soldiers was of great inspiration. I think I’ve been writing it for decades really, it just took until his final years for me to finally get the words down on paper. Likewise, the adventures of his brother, my Uncle Des, have wound their way into the fiction. It all seems larger than life to me, especially when you look at the photos and realise just how young (not to mention handsome!) they were. I always think of them as being a bit like movie stars from the golden years of Hollywood- in fact I like to think of them all as ‘The Golden Generation’. 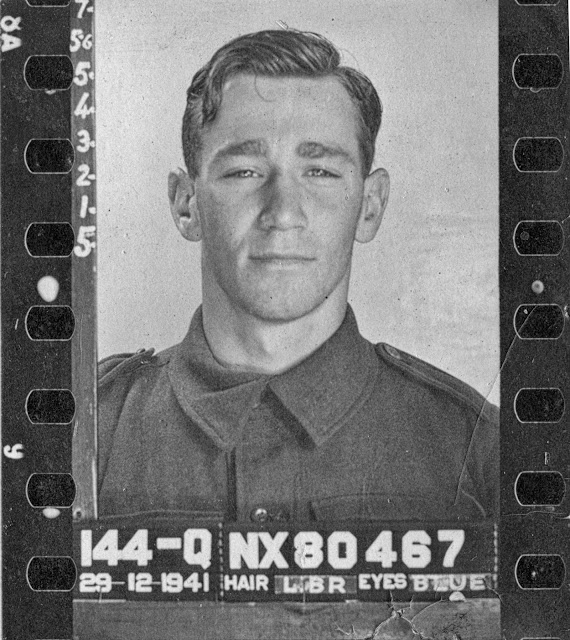 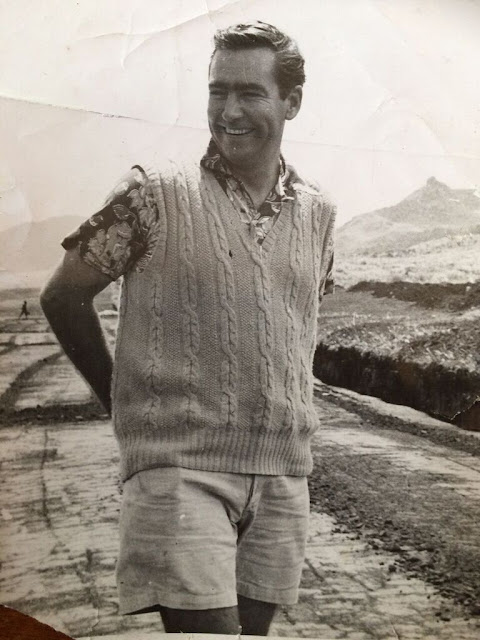 I will be eternally grateful to have such beautiful people help raise me, inspire me and believe in me. It breaks my heart that they are now fading away, one by one. Perhaps that’s why I weave their stories into my writing- to keep them here somehow. Their precious truth inside the fiction.

Links to Purchase
Amazon US
Amazon UK
About the author 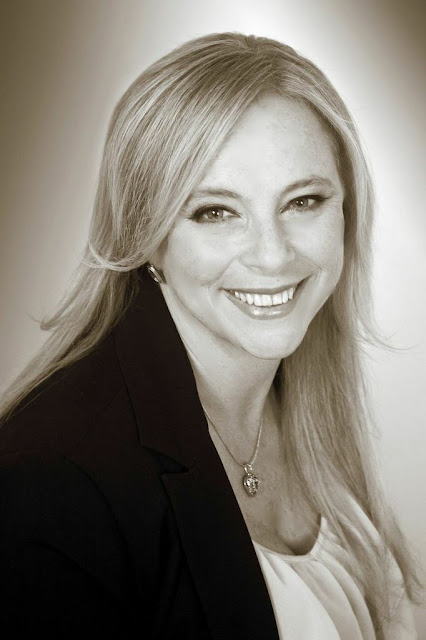 Mary-Anne O'Connor nee Best grew up in Wahroonga in the Bushland Shire of Hornsby-Kuringai, northern Sydney, Australia. The youngest of six children, her childhood was spent exploring the local bushland and playing music with her siblings and close neighbours. An avid reader, she devoured her mother Dorn's extensive library and was often found trying to finish a chapter by torchlight late at night. She also began to fill every blank piece of paper in the house with stories and drawings of her own and dreamt of becoming a writer one day.

When she was twelve her father Kevin Best left his established career in the stock-market to become one of Australia's best-loved artists. The perseverance and ultimate triumph she witnessed during those years left her inspired to follow in his footsteps and pursue her own creative aspirations. A colourful marketing career followed, along with the completion of education/arts degree and during this time she also co-wrote two books with her father, A Brush with Light and Secrets of the Brush. Work then began on her first major novel, Gallipoli Street. ​This work gained critical acclaim and finished at #3 for debut novels in Australia in 2015. It has recently been voted #4 for all Australian Authors, 2016, and #13 for all books, including international titles, in Better Reading’s Top 100 poll, 2016. Her second novel Worth Fighting For is under new release and her third war story Warflower is due out in 2017.

​Mary-Anne has drawn on her love of the Australian bushland, her fascination with her own family history and her deep, abiding respect for the Anzac generation and their children to produce these novels. It was written in her office at home, surrounded by her grandfather's war memorabilia and beneath a long window that overlooks her beloved gum trees.

Mary-Anne still lives in the Bushland Shire with her husband Anthony, their two sons, Jimmy and Jack and their very spoilt dog, Saxon.
Useful Links
www.maryanneoconnor.com.au
https://www.facebook.com/maryanneoconnorauthor
Posted by Mary Anne Yarde at 08:00