History and Folklore ~ two sides of the same coin?

History is a dusty old museum.
An archaeologist knee deep in mud.
A crumbling castle.
A room full of delicate parchments.
History has a smell. It is cold, damp, old.
It is a costume drama. Downtown Abbey. Outlander. Poldark. Vikings.
History is a war.
History is dead people.
History is a boring school lesson.
History has absolutely no relevance to today's world and our lives.

But I bet, if I asked you who Robin Hood was, you would be able to tell me. I wonder, could you name any of King Arthur's knights? What? Isn't that history too? 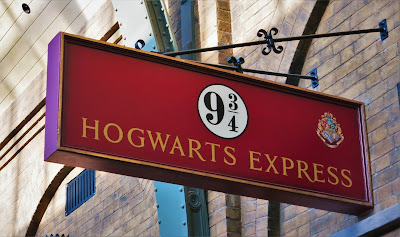 In the beginning, there were Bards and these Bards went from village to village weaving their stories to captivated audiences with tales of dragons and knights, heroes and villains, good kings and bad. These stories were believed as fact. Can you imagine a world where everyone believed in dragons? Let's put that into modern day terminology — there really is a Hogwarts and Harry Potter is the Chosen One.  Now don't you go telling me that is not true, I've seen it on the television, and Kim who lives in the next village has seen it as well. So there! Of course, I don’t really believe that Harry Potter is real; he is a fictional character. Although there are many children who dream of having a letter from Hogwarts.

So what has this to do with history? Well, quiet a lot actually, because Folklore is a type of history, it's just not an exact one.

Folklore has taken quite a bashing from twentieth-century historians — there is no truth in the tales, they are just nonsense. If they were not then, we would be excavating the skeletons of dragons. They've got a point.

History is an exact science and folklore, well, she isn't playing ball because let's be honest here, folklore goes by other names and some of them are not so complimentary:

Oh yes, we must not forget how powerful folklore is, and what it can do. I'm feeling a little depressed now. Of course, folklore also entertains and we all like a good story!

I am fascinated by folklore, particularly British folklore. The Brits love a good story, and we like to turn ordinary people into heroes. Look at Robin Hood and how far that story has come. But should we tell them as if they are historically accurate? Are we painting a false picture of the past?

But hang on a minute, these stories are great — they are part of our heritage. They are timeless and who cares if there are historical inaccuracies and let's be honest, we all like a good fire-breathing dragon. 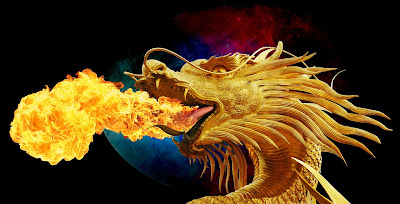 My particular passion is the life and times of King Arthur, and he, and I, have been companions for many long years. There are so many theories as to who he was and what he did. Some paint Arthur as a hero, others a villain. He is English, Welsh, Scottish, Breton — that of course, depends on where you live. He is the Once and Future King — a comforting thought in these troublesome times. He is a dream with no substance. He is real. He is folklore. 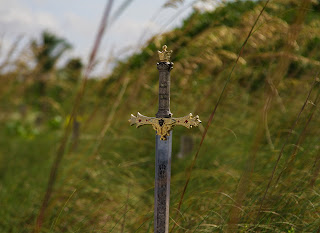 So should we dismiss him out of hand? There is no factual proof, and we have no primary written sources, only some rather shaky secondary sources that were written long after he died and for a political purpose that had really nothing to do with Arthur and everything to do with power and dominance. He is a cash-cow. He has been making money for other people for hundreds of years, and he is still doing so. Why? The answer to that is simple. We need him. We need his knights. We need what they represented.

But how do you mix folklore with historical fact? For me, that was probably the biggest challenge in my fictional writing. I wanted to keep as authentic to the period as I could. I am a historian after all, who dabbles in folklore — more than dabble in it, but, hey...you know what I mean. Although Modern European History is my speciality, I have always been drawn to the 5th Century AD. This was a time of great political unrest. The Roman Empire is for the first time in what feels like forever, shrinking, she is losing her lands and her powers at a staggering rate. Briton, (not including Scotland) is no longer united as one kingdom and has split back into smaller tribes, and these people are throwing off the Roman yoke once and for all. The Saxons have invaded. On the continent, Clovis is carving a kingdom for himself and has named Paris his capital city. The Church is sending out missionaries all over the place, trying to turn the populous from their pagan gods towards the Christian one. This is a time of immense change and uncertainty. Life was precarious. But at the same time, it was still life. It had to be lived.

So that is what I have tried to do. I have taken folklore, added in the history and come up with the Du Lac Chronicles series. Folklore and history go in hand in hand — because it always has done — and that's why these tales are timeless. We need them. We always have. We always will.