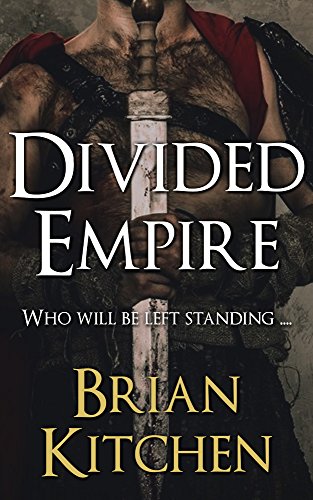 The geographical, political and social outlines of the annexed nation are being constantly redefined, as the battling powers in Rome attempt to seize control of the Empire.

Flavius Vitulasius and his trusted associate, Siward, are journeying to receive a highly confidential mission, across the narrow sea, from the Master of Offices in Gaul.

On their path, they stumble upon a seeming damsel in distress, her carriage under attack from bandits. Using all their prowess and experience, Flavius and Siward rescue the damsel from certain death. Nevertheless, the beautiful young lady, Corellia Velva, is not as she seems.

When Corellia slips away the following night, Flavius thinks nothing of it. He has orders passed down from the Emperor himself to attend to. A document, the ‘Pagan Concord’, threatens to pull apart Britain at the seams, creating the lurking fear of civil war between the Christians and Pagans.

If Flavius and Siward can recover the ‘Pagan Concord’, they will be able to unmask the conspirators behind the unrest. With the help of an ardent Christian, Lucius Aurelius, the trio commence their enquiries in a clearly divided Britain.

However, their expedition takes an unexpected turn when they visit the town of their first suspect. Once again, they come across Corellia. She fervently denies any knowledge of Flavius and Siward, suggesting that it is a case of mistaken identity, prompting suspicion from Flavius.

The disquiet among Pagans soon becomes clear, as ritualistic sacrifices and mysterious disappearances soon become the norm, while Flavius attempts to track down the ‘Pagan Concord’ and save the country of his origin. It is not long before he has some unwelcome attention, as murderous villains stalk his every move.

Can Flavius locate the document in time?

Is there more to Corellia than meets the eye?

Can he escape the clutches of his murderous pursuers, and uncover a conspiracy that goes right to the top?

The Golden Age of Imperial Rome is coming to an end, and Flavius Vitulasius has his orders — he is to return to Britain and find a document known only as the ‘Pagan Concord.’ If this document were to fall into the wrong hands, it would undoubtedly cause, not just unrest, but civil war between the Roman Christians and the native Pagans of this cold and damp little island.

What, on the face of it, appears to be a simple assignment, turns into a complicated nightmare, and Flavius must keep his wits if he is to escape with his life.

What a refreshing and compelling read. With likeable characters and an engaging plot, Divided Empire, is a wonderfully refreshing take on the last days of Roman Britain.

Kitchen's attention to detail is staggering. He has created a world that is not only fresh but as accurate as it possibly could be in the telling. It is obvious Kitchen has spent a great deal of time researching this fascinating period.

This book kept me guessing throughout. I was intrigued by the character of Corellia. She is a mysterious and intriguing woman, who has an interesting past and a somewhat precarious lifestyle! Flavius certainly met his match when he stumbled upon her!

Full of intrigue and suspense, Divided Empire is a sit-down and finish book. I look forward to reading more books by this author.

Brian Kitchen lives in Burton upon Trent, England and enjoys walking in the countryside, photography, reading, writing, visiting museums and historic sites & buildings and supporting Burton Albion. He first became interested in the history of Roman Britain as a child and loved the Eagle of the Ninth trilogy of novels by Rosemary Sutcliff. The first of the Flavius Vitulasius novels, Divided Empire is his first published novel.
Should you wish to know more about Flavius & his friends, please visit his website & Facebook page:
facebook.com/FlaviusVitulasius
www.briankitchen.me.uk
Posted by Mary Anne Yarde at 11:10