The Ripmender
By
Julianne Alcott 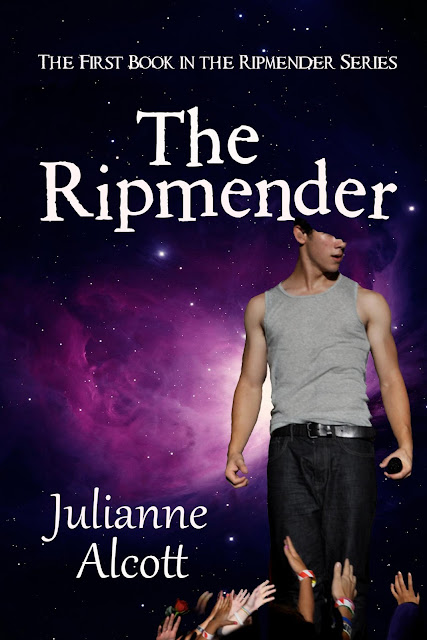 What if there is a secret organisation that protects us from alien invasion?

What if that organisation is being threatened by an enemy seeking revenge?

What if the Loch Ness Monster is real?

Cathy Slater’s life will never be the same when she finally meets gorgeous rock star Nathan Jake, the guy she’s been crushing on for years.

She sees something she wasn’t meant to see.
She becomes involved in something that humans are not allowed to know.

Who is Nathan Jake really?

A tormented young celebrity, a brilliant magician or an alien hunter from another planet...

Only by risking her life and everything she knows, will Cathy discover the truth, and find a love that will change her life forever.

Nathan Jake’s roguishly handsome brown eyes smiled into mine. I raised my hand to touch the dark curls that tumbled over his forehead... and felt the smooth blandness of the page against my fingers.

Drawing him was the closest I would ever get to him. He was a young hot American rockstar, and I was a plain girl with long dull brown hair who had never even had a boyfriend. I’m not counting the guy who asked me out on New Years Eve. He had ended up being a douchebag, who had wanted nothing but a roll in the hay.

Literally. His father was a cattle farmer.

But we were worlds apart, and it seemed like we would never meet, until the miracle happened. He was running music workshops for university students in between world tours, and not in New York or London, or anywhere you would normally expect a celebrity to go, but bizarrely in the city of Durban, which was only three and a half hours from where I lived.

I had just finished school, and with a lot of persuading, pleading and tears, my parents had eventually agreed that I could do an art degree at the same varsity. But I had only ever seen him once, from a distance. He was surrounded by screaming fans, who were being kept at bay by his intimidating bodyguard, and a substantial number of varsity security staff.

The chances that we would meet dwindled with every depressing day. And so that’s why I was sitting by myself in a state of misery, in a clearing of a forest on the varsity property, drawing a tree for my first art assignment. I couldn’t concentrate though. My thoughts persisted in straying onto a handsome male face. I wished more than anything that I could be a part of his life.

The movement of something in front of me distracted me from my sketch. It was like a giant invisible jug was pouring a fast stream of water onto the ground, except that it wasn’t water. As it poured, it became a person, from the shoes up.

I sat absolutely still, not even daring to breathe. What the heck? How had he done that?

The sudden flapping of my sketch book pages in the summer breeze caught his attention, and he turned and stared at me.

Yes, it really was him. I would know those dreamy eyes and trademark curls anywhere. He wore designer jeans and a tight black T-shirt, that showed off his well-built arms, tanned bronze by the South African sun. 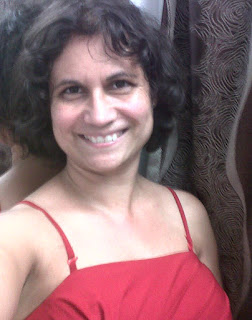 I’ve been writing stories ever since I learned how to write. My favourite genre is romance adventure, and plots that give me interesting topics to research.

My day job? I’m a school librarian, which I enjoy. If I could do anything else, it would be a movie set designer or film editor. I love reading, watching movies and dancing. I enjoy cooking (sometimes successful) and baking (occasionally more successful)

My favourite quote is a dedication in an Agatha Christie murder mystery...
“To those who lead monotonous lives, that they may experience at second hand, the delights and dangers of adventure.”

I want to write novels that take the reader on adventures, but also hopefully make their regular lives happier in some way.
Posted by Mary Anne Yarde at 08:00